Sixteen and 17 year olds are continuing their pursuit of the right to vote spending the day trying to convince the Court of Appeal leaving them out is unjustified discrimination. 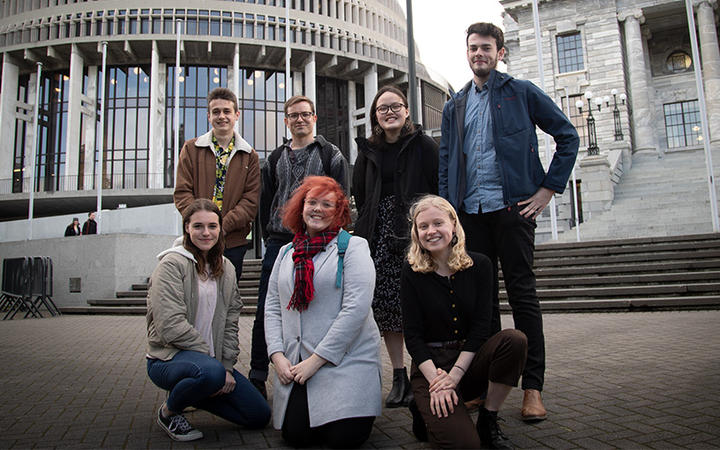 The group, Make It 16, took the case to the High Court last year, which found not being allowed to vote was discrimination under the Bill of Rights Act, but agreed with the Attorney-General that it was justified.

The group disagreed, saying there was no good reason why they should be excluded.

"What Make It 16 asks is that their right to fully participate in our democracy be properly considered in a way that undoubtedly has not occurred previously.

"If there is a limit that must be clear and it must be explicit."

She said the Attorney-General had not given a good reason as to why the discrimination was justified and the High Court erred in agreeing with him.

Another lawyer for the group, Jason McHerron, referred to various reports and studies showing 16 and 17 year olds were capable of informed decision making, but also making the point intelligence was not a factor for other age groups' right to vote.

He urged the court to look closely at this issue, given the lack of political power 16 and 17 year olds had.

"Sixteen and 17 year olds are politically powerless for the obvious reason that they can't vote for people who might be inclined to reduce the voting age.

"And because there has been no appetite to do that for such a long time, those features in the case actually make it more important that the court actually engages with the topic."

"It should be possible for a person of ordinary intelligence who reads the Bill of Rights Act to read it and understand what it means.

"And if such a person were to pick up the Bill of Rights Act and were asked so what does it say about the voting age - the answer would be it's 18 - because it's there set out under section 12."

Lawyers for the Attorney General argued the age of 18 was widely accepted elsewhere.

But McHerron said their arguments still didn't explain exactly why 16 and 17 olds weren't allowed to vote.

A decision in favour of Make It 16's argument would not mean the voting age was lowered, but it would give the issue a platform, forcing parliament to take a closer look.

The Judges have reserved their decision.