Auckland man David Willetts has travelled overseas for potentially life extending medical care, but is in limbo about when, or, if he'll be able to secure a Managed Isolation and Quarantine space, despite having a return ticket. 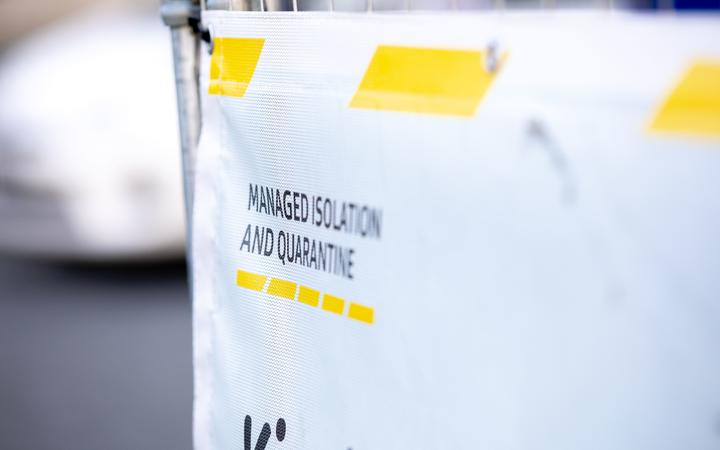 He has incurable myeloma and will receive medical treatment in Singapore for a secondary blood cancer. His donor sister has travelled with him to Singapore, and while both have return airline tickets, neither has been able to secure an MIQ spot.

Willetts is concerned there seems to be a hole in the eligibility criteria - and that although it is accepted by authorities that some people will need to travel overseas for medical treatment that they can't get in New Zealand, there's no provision for them to be automatically eligible for an emergency allocation in MIQ when they return.

"I have lived with one blood cancer for quite a while and had been managing it," he said.

"But it was when I developed a second blood cancer, which I discovered was not that uncommon, with a lot of high dose chemotherapy floating around - it makes all your prospects so much worse. You don't respond so well to treatment, so it's a much shorter lifespan that you're expected to have with a second blood cancer, so I had to look seriously about what options are available and and my options are very few.

"The only treatment with some prospect of success is a stem cell transplant."

He was declined by the group considering his transplant application, prompting him to look overseas for treatment.

"I'm travelling to Singapore, where by all accounts is an excellent centre for clinical haematology and my sister, who is the donor, will have to travel with me and that's really one of the sources of great uncertainty is that my sister is vital for the procedure but she doesn't have quite the same health issues that I do, and the the question is whether she will be accepted for an application for an emergency MIQ allocation is up in the air."

Willetts said they had been trying for over a month to obtain spaces in MIQ's "click and hope" system.

"We've just been too slow or something. [We] haven't managed to obtain the the very few spaces that come at a suitable time, so we are travelling, it's a bit of a Hail Mary."

He was not aware of any other routes for obtaining MIQ spaces for medical reasons.

"The Ministry of Health actually operates a high cost treatment pool where they take people who aren't able to be treated in New Zealand for whatever reason for specialised high cost treatments and they have a budget of millions of dollars.

"They're sending people overseas for treatment. We've had correspondence with them and they say that some of their patients are having to make the same applications for emergency MIQ allocation that other people are making."

Asked if he had attempted to obtain allocation on emergency grounds he said: "Well, that's one of the nubs of that dreadful uncertainty is that you can't make the application until you are within two weeks of your time to travel back to New Zealand."

It was a great source of stress, he said.

"My wife has diligently pursued these questions [about emergency MIQ] and has from ministers and senior officials has got returned emails. They use a very formulaic response, so they all use the same wording. It's all careful, and it says essentially you'll to have to try your luck with the emergency allocation system or through the standard MIQ process."

Once in Singapore, there will be a treatment process to go through for himself and his sister before the transplant, and the standard recuperation period is 100 days post-transplant.

"My sister has to receive a growth-stimulating hormone for five days prior to being hooked up to a machine with a few whirring centrifuges. And they will try and collect enough stem cells - it'll take a day. And for some people, not enough stem cells are collected so they have to go back onto the machine ... for a second day. So that's her process.

"After that, the question of how she feels, how she's responded to the treatment ... she's basically out of the care of the Singapore hospital once she's donated stem cells... so it'll be highly undesirable for her to be left in Singapore without coming back to New Zealand to the care of her medical carers.

"For me, the treatment involves receiving about five days of chemotherapy designed to kill off most of the cells in my bone marrow in time to align with the stem cell harvest so the fresh stem cells can then be infused into me with the hope they will make themselves at home ... also hoping the existing cancers ... don't take advantage of the chemotherapy to take over...

"My specialist in Singapore tells me that he gets a number of people from Hong Kong coming through, they are very price sensitive, and some of them are travelling within six weeks of transplant. That would depend on their white blood cell counts and how their immune system has recovered."

In a statement, an MIQ spokesperson said "Anyone returning home to New Zealand from overseas (regardless of the reason they travelled overseas ) is able to apply for an emergency allocation of a voucher but there is a very restrictive criteria and this is a last resort option with a very high threshold.

"We are not able to consider applications more than 14 days from the intended date of departure. This is because the Emergency Allocation process exists for limited situations which require urgent travel to New Zealand within the next 14 days.

"To be eligible for an emergency allocation, the travel must be time-critical, the applicant must be legally entitled to enter New Zealand and they must be willing to travel within seven days of making their application."

National Party Covid-19 response spokesperson Chris Bishop said people forced overseas for medical reasons need certainty that they would have a spot in managed isolation on their return.

"I think there is capacity in the system to allow that. MIQ is pretty rammed at the moment but on any ordinary week there are hundreds of rooms that go vacant on any single day and we should using those rooms if we possibly can to allow people in this situation to come back."