South-east Queensland's lockdown has been extended until 4pm on Sunday as authorities try to contain the Delta outbreak with 13 new locally acquired cases today. 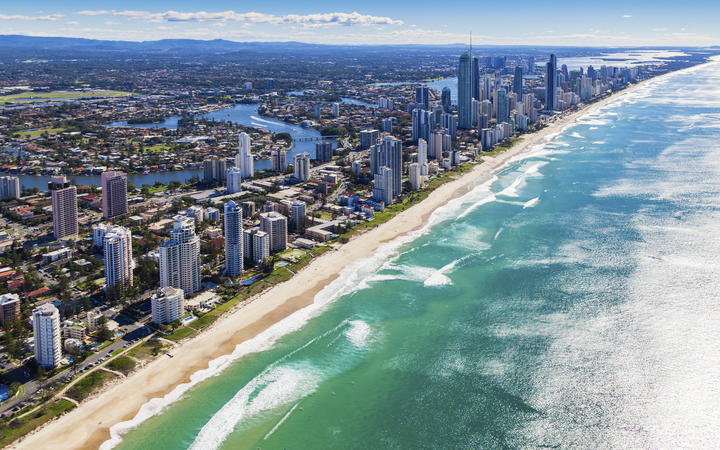 The state recorded 15 new cases of Covid-19 in total, two of which were overseas acquired and detected on a bulk carrier off the Queensland coast.

Ten of today's community cases are children younger than nine years of age.

The cases are linked to a growing cluster involving several Brisbane schools.

"So that means we've had to make the very regrettable decision to advise the Ekka to cancel their event for this year.

"It will not be able to go ahead."

Queensland Chief Health Officer Jeannette Young said she is concerned about the current outbreak of the Delta variant but is "very confident" the state will deal with the situation quickly.

Young were urged people to stay at home.

"We need to lock down really, really hard, the hardest we have ever locked down," she said.

"If you don't need to leave your house don't.

"I cannot understand why anyone would be in an office today.

"If you are in an office today, why aren't you at home?

Young said the outbreak was "escalating" and she didn't know who the "missing link" was between Brisbane's school cluster and two returned travellers from overseas.

"This outbreak, 29 additional people later, are all clustering with those two," she said.

"But I don't know how it's got from those two original people to this household of five [from Taringa] who are the first people that I've found in the cluster."

"I am very confident that the medical student did not take the virus into that household with five people in it, where the 17-year-old was.

"One of those in the household gave it to the medical student. So I don't know where the missing link is."

She said she expected to see many more new cases linked to the outbreak.

"Just for example, one of those cases that I've announced today had been in the community for six days while infectious before they were placed into quarantine," she said.

"So there will be a lot of exposure venues.

"I am very confident that with the strategies we have in place…and with the cooperation of every single Queenslander, we will get through it.

"But to get through it by 4pm on Sunday, when this current lockdown will end, I need every single person in Queensland, no matter where you are, to immediately come forward and get tested if you have any symptoms."

"There are far too many cars out on the road when I drove in this morning."

There were at least 50 people infectious while in the community.

A man in his 90s from south-west Sydney died in Liverpool Hospital.

He had received one dose of a Covid-19 vaccine in April.

The man's death is linked to an outbreak at an aged care facility in Liverpool.

Premier Gladys Berejiklian again urged people to get vaccinated in high numbers during August and stressed that the vaccines were "working extremely effectively".

"We still don't know of anybody in intensive care who has received both doses of the vaccine.

"That is a positive thing. We know the vaccine is working and we need people to come forward and get vaccinated."

The Premier said efforts would focus over the next two weeks on essential workers in the eight affected local government areas and people aged between 20-40 years old.

Of the new cases, 105 are linked to a known case or cluster, while 92 are household contacts and 13 are close contacts.

The source of infection for 102 is still being investigated.

Four of the new cases were residents of the Wyoming Residential Aged Care Facility in Summer Hill in Sydney's inner west.