A three-day mass vaccination event wrapped up in South Auckland last night with more than 15,500 people given their first dose of the Covid-19 vaccine. 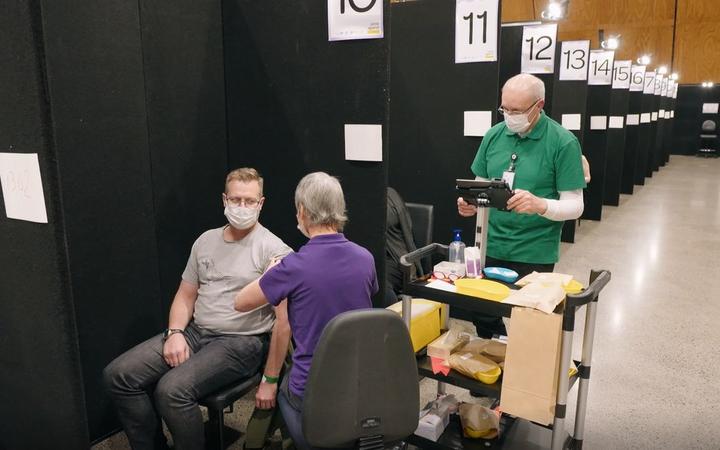 A man receives the Covid-19 vaccine at the mass event in Manukau, Auckland. Photo: Screengrab / ADHB

More than 5600 got inoculated on Sunday - the last day of the event - at the Vodafone Events Centre in Manukau. Organisers are calling it an "overwhelming success" and feedback from those getting the jab has been mostly positive.

People registered at the nearby Manukau Institute of Technology before hopping on a bus which took them to the events centre, then brought them back after their vaccination.

Amanda Maplesden spoke to RNZ as she waited for a ride back to the campus.

"It's been very efficient and everyone is very nice and it's yeah totally impressive... We now feel like Covid's actually starting to not rule our lives anymore," she said.

AUT student Aliyah said she was hesitant before coming but was relieved after she went through the process.

"It was a little daunting going inside. There was quite a bit of people there, but afterwards it was really nice, like the St Johns people and everyone was just really nice and helpful."

When RNZ visited, queues of people waiting to get into the vaccination area were moving quickly. Fifteen vaccinators, each paired with an administrator, moved across the 242 booths.

Each person had a designated booth, and once they got their shot they had to wait there for the 20 minutes observation period.

Lead vaccinator Mel Eady said staff had been doing a great job and people were grateful for the vaccine.

"People are really enthusiastic about getting on board and the feedback from [them is their] days have been busy, but they're just so proud to be a part of it and to obviously vaccinate against Covid-19 to try and keep Kiwis healthy and well," she said.

"Hopefully we're going to be running more of these mass vaccination campaigns, and I'd just love as many people to sign up and book in and get vaccinated because the more people we can vaccinate in this country the better it is going to be for New Zealand." 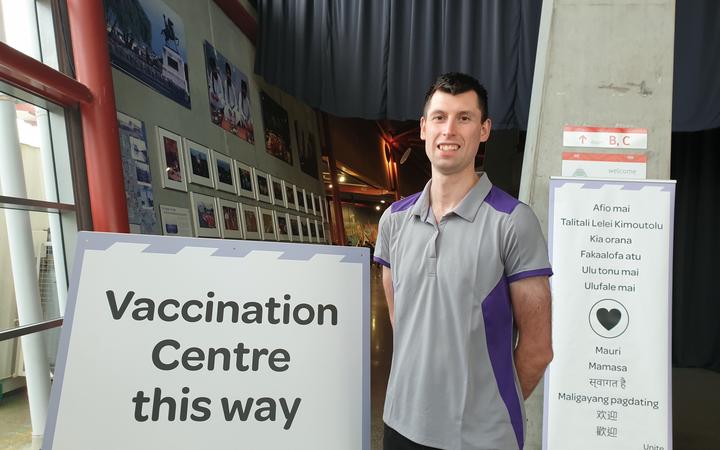 Alex Pimm, who ran the the three day event, said it had been a fantastic achievement.

"The feedback from everybody coming through over the last three days has been incredibly positive. People are really thankful that they've been given the opportunity to protect themselves and their community from Covid-19," he said.

"This has been a huge success and it demonstrates that this type of event can be a great way of vaccinating large numbers of people in our communities. I'm incredibly proud of everyone who has helped bring this together over the three amazing days."

There were some delays at the centre on the first day with some people arriving early but this was quickly sorted out. Pimm said there would be lessons learned from the event.

A repeat event for second doses is planned at the same location in six weeks.