A prominent South Auckland councillor says the low uptake of bookings in the country's first mass vaccination event is down to people in "ivory towers" planning for communities they know nothing about. 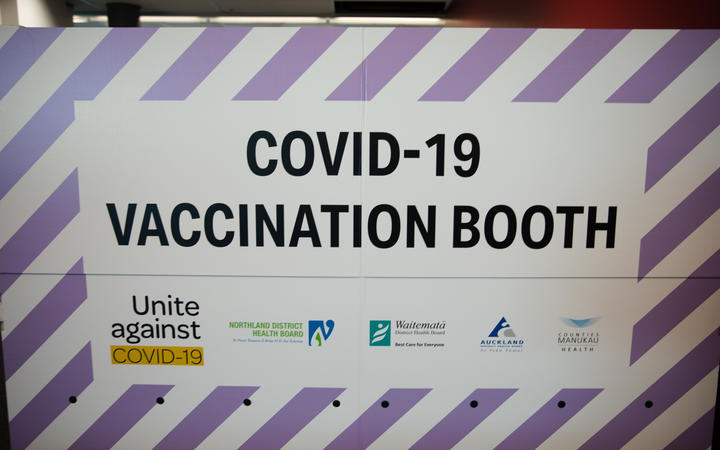 Efeso Collins' comments come after less than a quarter of people initially sent invitations for the event in Manukau, starting this Friday, booked a slot.

He called the communications plan to reach Māori, Pacific and vulnerable communities an "absolute failure".

Yesterday RNZ reported that initially about 12,500 people were sent invitations, with people urged to get their whānau to book too.

However only 3000 of those booked a place.

Collins insisted this is not due to vaccine hesitancy but poor communication with the community.

"Research has shown that the hesitancy, especially for Māori and Pacific communities, has declined over the last few months, and so by having the right people go into our homes, our churches, our marae, and take these messages, you're going to get a much better response than what you've got at the moment."

"Instead you've got people who sit in ivory towers planning for communities that they know absolutely nothing about - they don't speak the languages of South Auckland which are Hindi, Samoan, Tongan, Punjabi.

"These communities have been left out of the conversation and that's why we've seen such a failure in the comms from the Ministry of Health."

More invitations were subsequently sent out and eventually all the spots were filled.

However, Collins said he expected community leaders like him to have been involved.

"The assumption seems to be from the Ministry of Health that everyone is so concerned about Covid-19 that they're going to go off a drop all of their plans and go and get the vaccine.

"That would be true if you could afford to put food on the table and make sure everyone was housed at night. That's not the truth or the reality for many of our community, and so you've got to make sure the planning includes the ... youth workers, Whānau Ora navigators."

Pukekohe resident Philippa O'Mara and her husband were invited to the event but they declined because they felt more vulnerable people should be given priority.

"Our time will come, I mean, it's taking a while but we're patient and there are higher priority people who need to be vaccinated first," she said.

They are both happy to get a vaccine but are apprehensive about large gatherings.

"Through the winter, people have got colds and flus and things and there's enough of that going around that you sort of choose not to go and hang around with a whole lot of people if you can help it."

People who turn up to get a vaccine will be bussed from the MIT campus to the events centre, which is something that put off Panmure woman Andrea Bald.

"When I read the email about it and it said, 'this is how you do it and once you book your confirmation will include details on how to get to the event on a bus from the MIT Manukau campus, it'll take around an hour'.

"I went, bus? I'm happy to drive myself there. I'd absolutely get up early that would be fine. So it's nothing about reluctance to get the vaccination."

In a statement, the Northern Regional Health Coordination Centre, which is in charge of the event, said they've been working closely with Māori and Pacific communities across Auckland in regards to the rollout, including partnering with churches, youth groups and local workplaces.

It said they understand that some people will prefer a smaller-scale or more local setting and that it's important people take the option they feel most comfortable in.