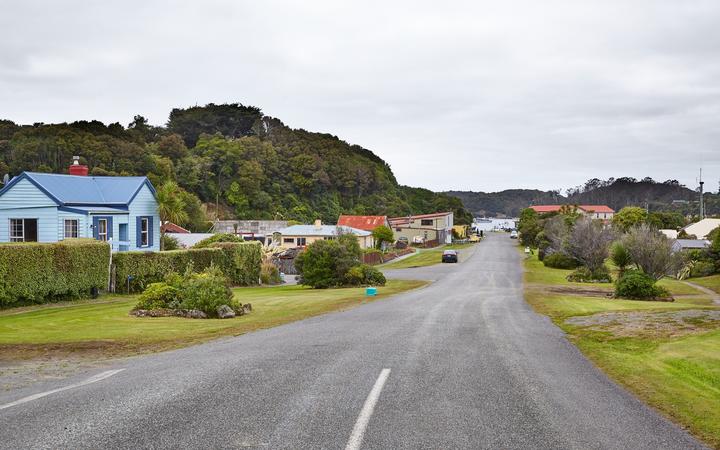 Large numbers of the community came forward to be tested following a scare with the virus last month, and it is hoped there will be similar support for the vaccination drive.

About 385 people are eligible for the vaccine over the two-day clinic, which opens at the Community Centre at midday.

Four vaccinators are on the island and, in preparation for the clinic, they tested final logistics yesterday, with 20 locals putting up their hand and pulling their sleeve for an early jab.

First up was Constable Stuart Newton.

"We've got an aging population here and they're perhaps a bit more vulnerable than others and I think, as part of the community responsibility and looking out for one another, it is our social responsibility to take up the opportunity of the vaccine," he said.

For him, getting an early jab was a no brainer.

Also in preparation for today's clinic, a community meeting was held last night and, while only 20 people showed up, that represented 5 percent of the entire community.

At the meeting there seemed to be a mixed bag when it came to views on the vaccine.

She was fully vaccinated and proud of that fact, she said.

"It is everyone's choice as to whether they want to come and have this vaccine," she said.

"But we look around on the news and we hear on the radio the statistics from different countries throughout the world and four million people have died. That's just about the entire population of New Zealand - that's horrific."

She hoped her whānau and others would do their bit for their community.

Iris Tait was one person at the meeting who was happy to do her bit.

"It's mainly [about protecting] the community, particularly hospitality when we have so many visitors. New Zealand visitors at present, but the borders will open in time and we'll have internationals and it's protecting them as well and them protecting us," she said.

She would be getting her shot today, and she hoped others would be eager to join her.

"Hopefully, in another three or four weeks, I will be fully immunised."

The clinic was open to everyone over the age of 16 on Rakiura.

The vaccinators would be back next month to offer second doses.