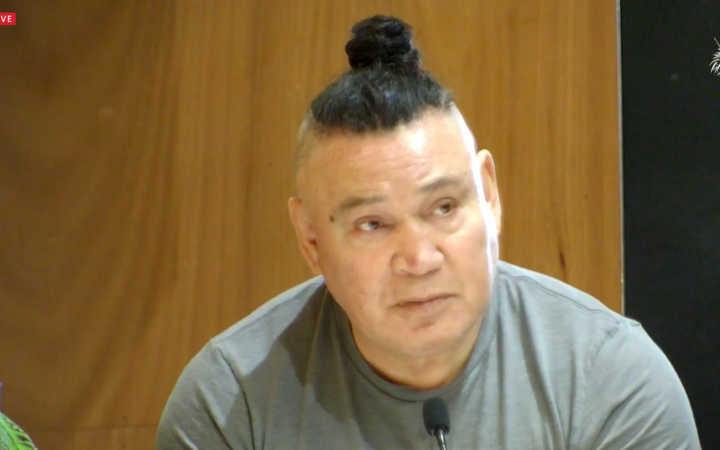 He has given evidence to the Royal Commission into Abuse in Care's Pacific inquiry being held in Mangere, South Auckland.

Sent to Lake Alice at 13, he was subjected to abuse masquerading as treatment, including injections of paraldehyde and electric shocks.

He went to Lake Alice because he was fighting at school following the death of his mother when he was 11 and beatings from his father.

''Dad was violent and abusive during my childhood. He was an alcoholic.''

After leaving Lake Alice he used drugs and alcohol to blot out the memories.

''It didn't help me, it just, the alcohol was just blocking me. The drugs were blocking it but at the end of the day it always came back worse.''

Now 58 years old, he said his own parenting skills have been affected.

''The impact of Lake Alice brought me into adulthood where I didn't have proper relationships because I had no life skills because there was no people there to give me that education, to give me those life skills I needed.

"All they wanted to do when they looked at me was throw away the key and give me a needle and give me some tea and he will be all right. You will function.''

Scanlon said he had been angry since he was a kid.

''It all comes down to the time when I was 11 when they could have just said, 'are you ok? Are you all right? You want to talk about it?' Or give me a hug. No one has ever given me that.''

He believed everything came back to parenting.

''My Dad had no parenting skills. He didn't have any external support after my mum passed away, however, this was no excuse for what he did to me.''

He still got angry about the way he was treated at Lake Alice.

''It does make me angry that these people could get away with what they did. From what I know now then, I would have tried to kill myself there. What they did to me and the other kids.''

Scanlon said those who ran Lake Alice must be held accountable.

''What's happening to us then is happening now but in a different way with other carers. They need to be screened, they need to be, you know be able to support these kids. Young kids, young teenagers, so they don't go to the places we did, it's not good.''

Scanlon told the Royal Commission he could never understand why children were ill-treated.

He said caregivers needed to be loving.

''They need to praise children all the time. Caregivers need to remind children that they are always going to be there for them. Children need to feel important and not to be made to feel dumb, like I was at Lake Alice.''

It was most important to him that potential caregivers were screened.

The children being treated at Lake Alice were terrified, Leota Scanlon has told the Royal Commission of Abuse inquiry. Photo: PUBLIC DOMAIN./ Pawful

Victim let down by many agencies - judge

The chair of the inquiry, Judge Coral Shaw told Scanlon the loss he suffered as a child and the subsequent time in state care was terrible and had consequences.

''On behalf of us all I'm so deeply sorry that you were so badly let down by so many agencies, your own family, the education system that turned you away when you tried to get an education, the justice system that locked you up, the police who bad mouthed you and didn't see a troubled kid but a bad kid. A social welfare who should have been there caring for a child in need.

"There were probably more who let you down, but I want to say we have heard what you said. We have listened very carefully.''

Scanlon said he wanted a formal and genuine apology from the government.

''All the money in the world or any written apology is not going to change what happened to me, nor will it give me back my childhood. I wish I was still that little kid, so that I don't have to endure the pain I am in now.''