The Education Ministry is not counting how many school buildings are meeting a key earthquake goal. 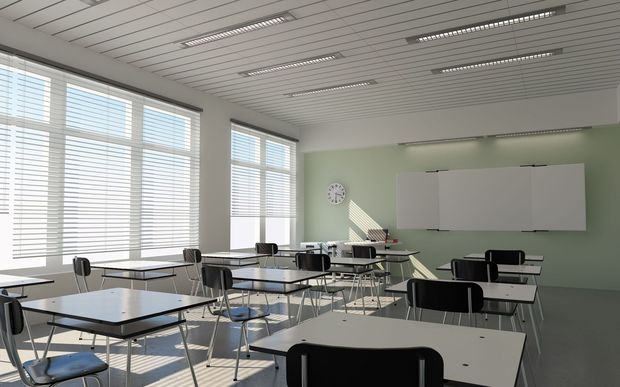 It has a medium term goal of making as many buildings as possible stronger than a key failure level of 67 percent of new building standard (NBS).

This makes them a lot less likely to fail in a big quake.

This goal is emphasised in the ministry's 2020 earthquake resilience programme.

"The medium term goal is to strengthen all school buildings, as near as reasonably practicable, to 67 percent NBS in conjunction with other property upgrade and refurbishment work," it says.

Despite this being a goal, when asked by RNZ how many buildings it has so far strengthened in this way, the ministry did not know.

"We do not currently collect data on the number of buildings which have moved from being under 67 percent to over 67 percent," it said.

It did not say why it was not keeping track.

"Our priority is addressing buildings used for teaching and learning that are rated below 34 percent," the ministry said.

This sub-34 percent goal, though, features as a short-term target in its programme, alongside the medium-term goal but not supplanting it.

Initially, the quake programme found 130 school buildings were under 34 percent, categorised as earthquake-prone.

The ministry has got that down to less than 50 now.

It would have plans in place for what to do with these 50 buildings by 2025, the ministry said.

Timeframes to fix any would in part depend on what councils required.

"A low seismic rating does not necessarily mean the building shouldn't be occupied," the ministry said, citing WorkSafe advice.

"A low seismic rating does not mean the building is dangerous or unsafe for use."

Its statements did not mention that quake-prone, sub-34 percent buildings are 10-25 times more likely to fail in a big quake than a building fully up to new standards.

Many government departments, since the 2016 Kaikōura quake, have only been willing to lease buildings that rate 67-80 percent NBS or more.

As long as any landlord, like the Education Ministry, meets the earthquake performance requirements of the Building Act 2004, such as by meeting council deadlines to fix quake-prone buildings, then they can still use them.

Another ministry goal has been to develop a policy for using quake-prone school buildings.

It was "developing our approach", the ministry told RNZ.

Using advice from experienced quake engineers, "we work with the school to come up with a measures which minimise the risk to students and staff and minimise disruption to the school until a long-term plan can be developed".

The ministry said 99 percent of the country's 15,000 school buildings were one or two-storeys and timber-framed, which tests had shown were resilient to quakes.

Last year, the ministry updated the geostructural and geotechnical requirements that designers and engineers must meet for new projects or strengthening existing school buildings.