Owners of earthquake-prone apartments want the government to pay some of the cost of strengthening rather than offer low-interest loans. 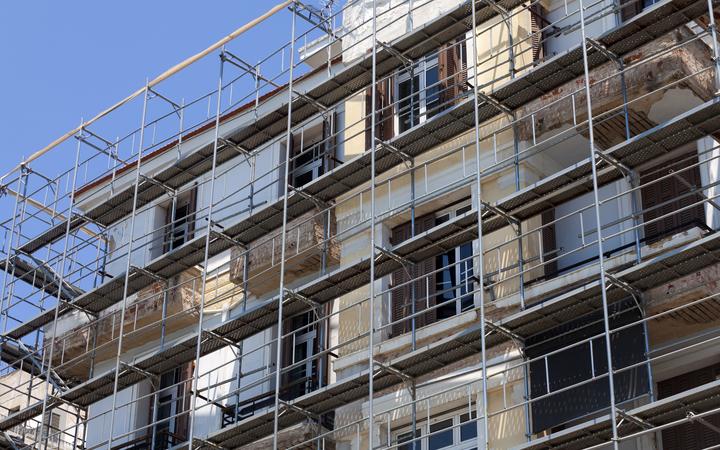 Earthquake-prone apartment owners want the government to share the cost of bringing their homes up to the building standard. (File pic) Photo: 123RF

The last-resort financial help is open to owner-occupiers of multi-storey apartments in high-risk earthquake zones who can't get a loan anywhere else to do the work.

The money will only need to be paid back when the apartment's sold, or the owner dies. But residents don't want to take on huge debt, and had hoped the government would share the bill.

Carol Brown is retired, mortgage-free and a homeowner. She thought she was set up for life in Wellington's Aro Valley until her apartment was declared earthquake-prone.

The estimated costs to strengthen her apartment building have already doubled since the first estimate a few years ago, and may continue to rise before anything even happens.

When she bought the unit in the late 1980s it was within building regulations. Now it's not, and it must be fixed by 2030.

"The effect is actually this: having paid for your home, a few years down the track, the government demands you pay for your home all over again," she said.

"I had a home for life. Then all of a sudden the rug is pulled out from under me. It's a nightmare, actually."

It's set aside $23 million to fund and run the scheme.

Mel Johnston, the chair of the Macalister Heights Body Corporate, said for the cost to fall solely on the owner, many of whom are not well off, would change their life through no fault of their own.

"For our owners, it's $240,000 per owner to strengthen the building only up to 67 percent of the new building standard. That's an enormous sum of money for anyone to have to service, and that massively disadvantages all of those people for most of their lives. Some people will never recover from this."

The vast majority of the owners in her building bought before it was ruled earthquake-prone. That designation - and the associated costs with getting it up to standard - came as a big surprise.

Johnston said it would be better if the government offered to pay part of the costs, like it did for owners of leaky homes.

"If it's about trying to save lives, which is the policy argument, at the moment all of that cost is going on to private people." 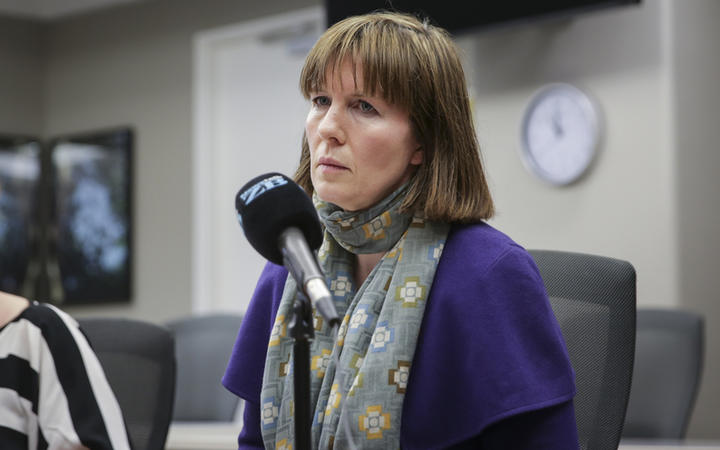 Wellington City councillor Iona Pannett said the low-interest, suspended loans are a good start - but some owners, including retirees, will be anxious having hundreds of thousands of dollars of new debt hanging over their head.

"The basic policy gap is because this is in large part a public safety measure, there needs to be some public funding to help owners make their buildings safe," Pannett said.

She said the strengthening costs for some people will be more than the $250,000 cap allows for. By definition the recipients of the loan cannot get finance from banks, so she questioned how the government expected them to finish the work.

"We know that New Zealand will have another earthquake, and it will be a big earthquake, we just don't know where it will be. So it makes sense to frontload some of those costs."

Building and construction minister Jenny Salesa said those who had already paid for the strengthening of their buildings claimed the fairest scheme to help those who hadn't yet would be a low-cost loan.

"We need to remember that this isn't about compensating people, it's about helping those who need to contribute to strengthening their buildings to modern, safe standards. That strengthening work could also see the value of their property rise," Salesa said.

"These loans are 40 percent cheaper than what folks would be paying at a big bank, and these loans don't need to be paid back until the property is sold or they pass away.

"A low-cost loans scheme strikes the right balance between fairness for owner-occupiers and fairness for the taxpayer."

Expressions of interest for a loan are open now, and the scheme will start around the middle of this year.