The bill to repair earthquake-prone buildings has hit half a billion dollars for local councils across the country. 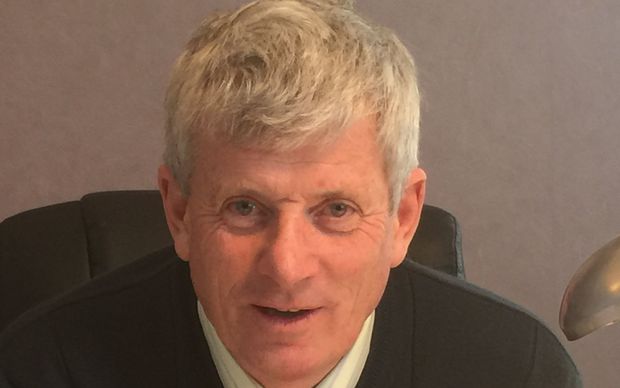 RNZ asked councils how much they had spent, and how much they expected to spend on their own stock, since changes to the Building Act were made two years ago.

Per head of population, Rangitikei faced the highest costs of all.

Rangitikei Mayor Andy Watson said the government had extended a helping hand to some private owners, which was good, but the cost of upgrading council buildings remained squarely in their pockets.

The district is spread across many small townships - each with its fair share of earthquake-prone buildings.

"About half of the buildings there are earthquake-prone and half of those heritage buildings. So the government has come in and said look, we will help with the [funds] around privately-owned buildings, but they've been very slow to come to the table in terms of helping councils."

It made councils responsible for identifying potentially earthquake-prone buildings and notifying the owner.

It also meant councils' own buildings came under greater scrutiny.

Since the legislation became active in 2017, councils have spent more than $51 million on seismic assessments and strengthening work.

They predict they will spend a further $560m over the next 10 years.

Mr Watson said the council - which was currently debt free - would have no choice but to borrow, particularly with the looming costs of water upgrades.

"That will bring massive change to our region, it will change some of the profitability of our farms which are our principle rate payers, so they are nervous around that.

"So this is one of a series of very major costs that face our council and of course to do that, we will move significantly into debt."

He said ratepayers understood their predicament.

"There's some realism around this, but it's not going to ease the pain and we can make our districts unaffordable."

When the bill was in its infancy Local Government NZ (LGNZ) warned the costs could be crippling for councils.

Its president, Dave Cull, said the figure - which would get much higher - was not surprising.

"A commercial owner might cut his or her losses and say well the building only cost me $30,000, if it's going to cost me $120,000 to earthquake proof and I can only get five bob a week in rent, I'm just going to close it.

"Councils can't do that. Their highly-valued pieces of infrastructure for the community and so they have little choice but to try and do something about them."

"Over time as councils have realised their buildings are prone as well, the problem has loomed larger for us."

He said more and more was being expected of local government and the funding model was no longer fit for purpose.

"It's a matter of how much you can squeeze out of a very narrow-based, ratepayer funding that councils rely on. We definitely need to diversify our funding lines."

RNZ also asked councils how many buildings - potentially needing engineering assessments - were still to be checked.

Almost half did not respond to that question, but the total from those that did stands at 2,400.

In initial submissions on the legislation engineers warned there may not be enough structural engineers to complete the work in the required timeframe.

But with less risky regions having longer to check their stock, the president of the Structural Engineering Society, Hamish McKenzie, said the industry could cope with the workload.

He said despite it being early days the law was having the desired effect of improving the country's buildings.