Nelson residents are being asked for their help in identifying which buildings present the most danger to the public in an earthquake. 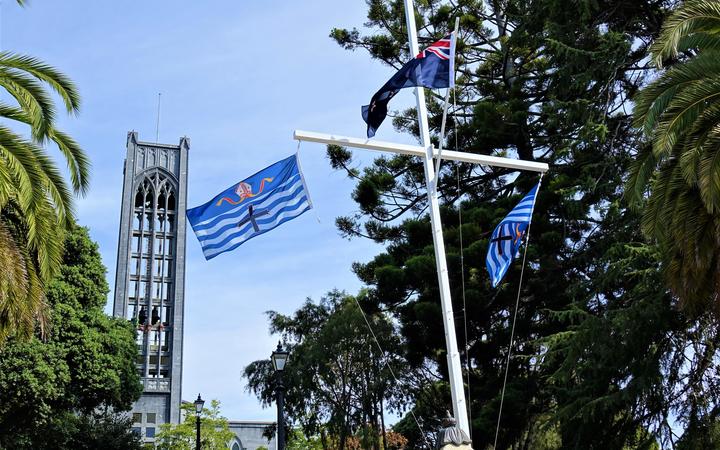 A Ministry of Business Innovation and Employment register showed 49 buildings in Nelson, including part of the city's cathedral, were currently registered as quake-prone, in an area of medium seismic risk. Photo: RNZ / Tracy Neal

A Ministry of Business Innovation and Employment register showed 49 buildings in Nelson city were currently registered as quake-prone, in an area of medium seismic risk.

It showed that part of Nelson's Christ Church Cathedral was at risk, along with the chimney stack at Nelson Hospital, plus buildings housing cafes, retail shops and accommodation.

The Nelson City Council said changes to the Building Act two years ago altered the way earthquake-prone buildings were identified and managed.

One of the changes provided for public consultation to help councils identify the most vulnerable buildings such as unreinforced masonry buildings near thoroughfares with high vehicle or pedestrian traffic.

This included any building near a transport route of strategic importance to an emergency response.

The council was also asking for community input on where to prioritise the identification of earthquake prone buildings that presented a higher risk because of their construction or location.

Nelson was one of only a few cities and towns in New Zealand built on an active fault, capable of generating a large earthquake.

The council's manager of environmental management Clare Barton said that meant the council had to identify priority buildings by 2022, and 2027 for all other buildings.

Once building owners have been notified they would have 12 months to provide an engineering assessment.

Ms Barton said if the council then determined the building to be earthquake-prone, owners of "priority buildings" would have 12 and-a-half years to years to strengthen or demolish them.

"The consultation will help ensure streets and public spaces throughout Nelson are as safe as possible in an earthquake," Ms Barton said.