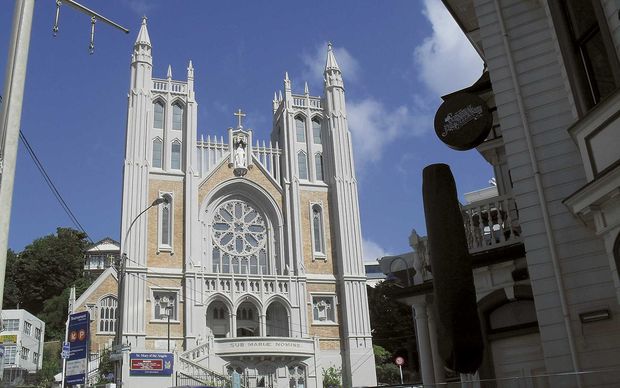 St Mary of the Angels Catholic church in Wellington gets $400,000 of council funding for earthquake strengthening. Photo: www.nzcatholic.org.nz

Time is running out for hundreds of apartment owners in Wellington who face big bills to fix their earthquake-risk buildings.

About 1000 buildings in the capital have been "yellow stickered", 400 of which have already been earthquake strengthened, with 600 still to be fixed.

Of those, 50 apartment blocks are causing a lot of angst because they are multiple- owned and their owners must come up with several hundred thousand dollars each to quake proof them.

"It is extremely tricky from a legal, from a financial and from a regulatory point of view," Wellington City Council's chief resilience officer Mike Mendonça says.

"There's lots of emotion tied up in it as well so it is an extremely unfortunate and difficult situation."

He says Wellington's quake strengthening programme started 25 years ago with the focus on multi-storey buildings - residential and commercial - constructed before 1976 when building regulations changed.

The Christchurch and Kaikōura quakes have intensified the issue across the country and also put the focus on more modern buildings.

"The whole point of these regulations is to manage risk," Mendonça says.

"New Zealand is divided into high, medium and low risk zones for the purposes of this legislation. Wellington is high risk and mother nature gives us a brutal reminder of that from time to time. So we know we can expect a moderate to large earthquake at some point in Wellington; as the capital city we have an obligation to be ahead of the game."

Apartment owners are "feeling the pinch" with the looming deadline, he says, complicated by ownership structures, such as a body corporates, making it difficult to get every owner to invest in their building.

Behind the earthquake strengthening regulations is the need for public safety and "the question that a lot of apartment owners are asking, if it’s for public safety then why isn't it publicly funded, why is it privately funded?" 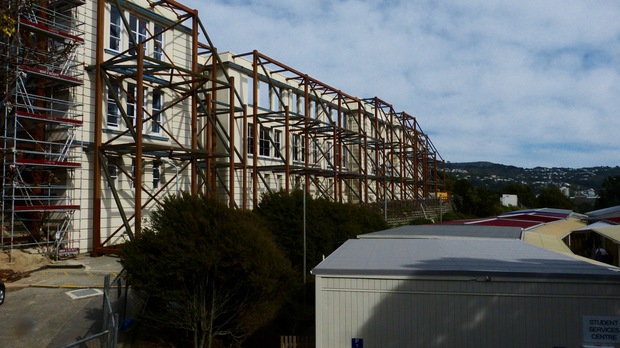 He says that earthquake strengthening work will take 15 to 30 years but it is an important part of building a more resilient Wellington.

The New Zealand Herald's Georgina Campbell gives The Detail the background on one apartment owner, Michael Cummins, who is facing a $400,000 earthquake strengthening bill.

Many owners are upset that they have to carry the burden, she says. They are unhappy with a government loan scheme and they want more support - not just financial assistance - to "navigate this really complicated environment they are trying to operate in".

The budget blowout at the Town Hall is a warning to other earthquake-risk building owners that "just because they've got a final cost in the detail design phase it could potentially be even more than that once engineers get in and have a good look”.

Not everyone is sympathetic, says Campbell.

"Somebody posted on my Twitter account: ‘we wouldn't have much sympathy (for those) who gambled on bitcoin as a retirement plan, why is investing in property any different?’"