Prime Minister Jacinda Ardern was with West Coast MP and Agriculture Minister Damien O'Connor in flood-hit Westport today, where at least 100 homes have been deemed unliveable. 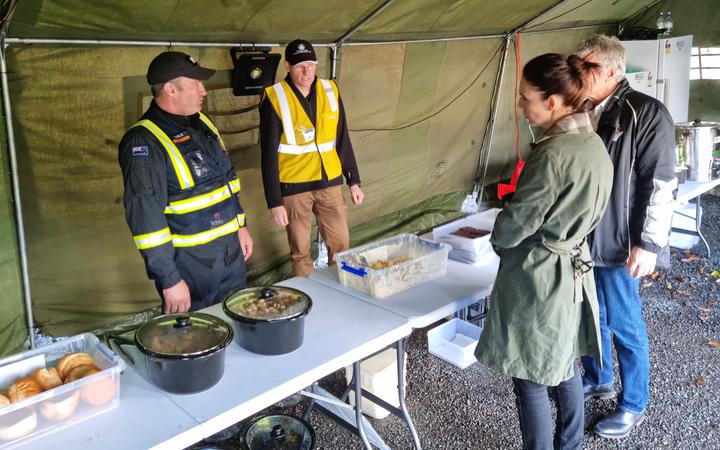 It was an emotional day that proved overwhelming for some, as it became clear hundreds of people will be forced into long-term accommodation - or will have to move altogether - after devastating floods just over a week ago.

"We've just been ripping out carpet and we've also been helping people out like in case they need stuff moved out of their house that was in still in there from the flood," he said.

It's still raining in bursts in the town, just over a week after severe flooding forced hundreds of people from their homes.

Ardern said it was a confronting sight.

"Even though you can see the enormous amount of work that has been done by the local community...you just see the sheer number of houses with those yellow and red stickers and people's possessions, so clearly damaged beyond repair, waiting on the side of the road to be taken away," she told media today.

"It's devastating to see the impact it's had here." 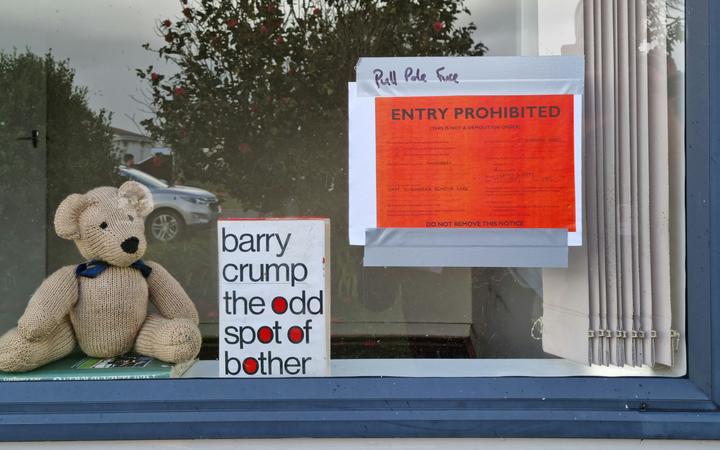 A sign in the red-stickered home of George and Dorothy Burrows in Westport. Photo: RNZ / Samantha Gee

In Westport, more than 150 people are still in evacuation centres as authorities work through the risk that flood-hit homes pose.

District Mayor Jamie Cleine said some locals were starting to run out of steam.

"I think everyone is getting tired," he said.

"We're into, what, day nine now in all of this. We had a public meeting last night and there was a good turnout and the mood seemed to be quite positive.

"People feel as though they're getting the response and the support they need, so it's just a matter of maintaining that communication and ongoing effort." 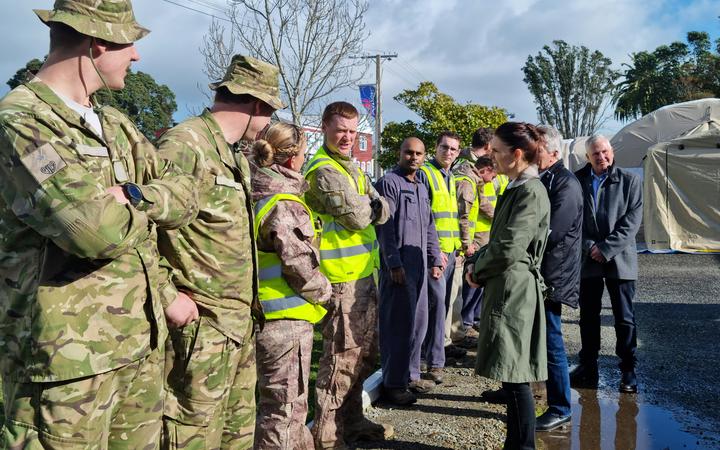 Westport Land Search and Rescue chairperson Sue Walsh worked 15 hours on her first day of clean-up and now, almost two weeks later, it was a bit like groundhog day.

The priority was still removing carpet from homes, she said.

"There's a lot of needy people out there and we are only now finding people who have not come forward to get help.

"We find people wrapped in a blanket. They don't know what to do.

"We're also getting people coming here for just a little bit of TLC. As long as we feed them a cup of tea, a chocolate biscuit, some soup, listen to them for a bit - it's helping them." 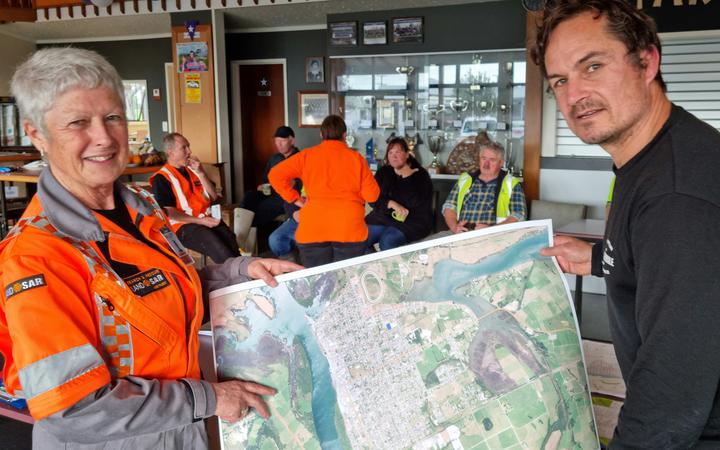 Sue Walsh with some of the volunteers. Photo: RNZ / Samantha Gee

Walsh said many people needed more than just practical help in the community.

"The priority is still getting carpet out from houses. Some insurance companies have let people get the furniture out but some haven't.

"Until assistants go through some hoops to get the furniture out there, we'll be assisting with that. We're still getting people's rubbish and possessions and putting them to the side of the road for waste management pickups."

Ardern said housing will be a critical issue for the district as it rebuilds.

She said some temporary housing has already arrived, but it's not yet known how many people are ultimately displaced.

"Obviously, we know the number of houses that are red-stickered, but for some of those yellow-stickered homes, they're still working through whether of not they are uninhabitable for long periods of time, the level of water damage and the health risks they present.

"So, I imagine over the coming days, we'll get a better sense of what that housing gap is."

The government activated Enhanced Task Force Green in response to the flooding.

Employment Minister Carmel Sepuloni said $500,000 would be made available to employ job seekers to help farmers and growers clean up their properties.