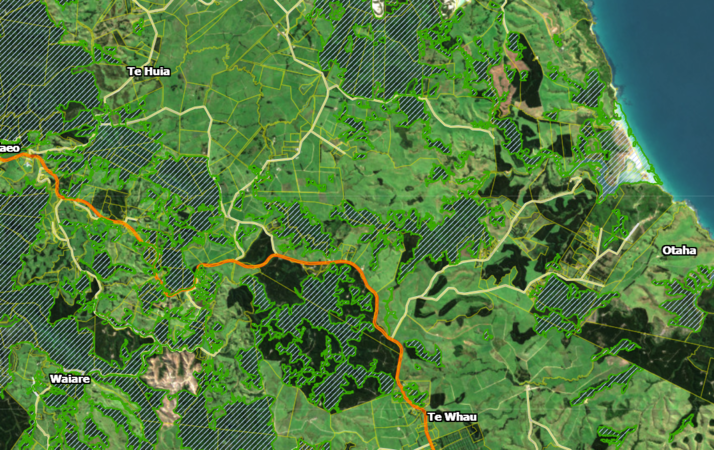 A map of what was proposed for Significant Natural Areas in Far North. Photo: Far North District Council

Council maps had identified 42 percent of the district as SNAs - or land with high ecological values.

SNAs are subject to extra land-use restrictions, but tangata whenua, farmers, and other landowners argued the proposal undermined their sovereignty and property rights.

The process was paused by Far North Mayor John Carter last month, right before hundreds joined a hīkoi to the council buildings, and delivered a petition.

The council this morning announced SNAs would no longer be included in the proposed district plan, when it is notified in December.

"In the end, we opted for a simple approach. We will continue vital work on the draft district plan. However, we will delay any decisions about how to give effect to higher planning rules until we have greater clarity about our options."

"It's a special tribute to the councillors who have heard the voice of their constituents ... It's a good day to be from Te Tai Tokerau," she told Midday Report.

She said the process from here was not just on the council - but also the Crown - to "discuss the ways that we can equally share in the decision-making around what is significant, where and what are the principles and values applied to those places".