New data released today on iwi affiliations and other information about Māori is hoped to plug gaps left from the 2018 census. 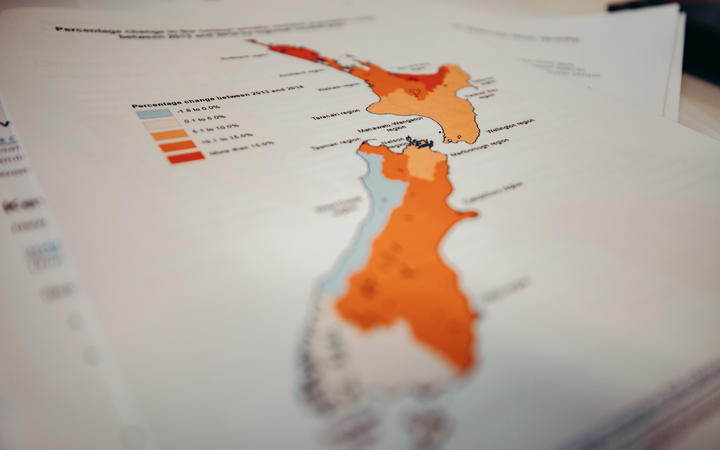 Stats NZ conceded significant limitations remain in the wake of the census, which was roundly criticised after it significantly undercounted Māori in particular.

The extremely low turnout - 68.2 percent - forced officials to resort to using data from other places to flesh out the Māori data set, which is used to determine actions such as funding and services provision, through to Māori electorates.

An independent review panel later found the census data on iwi affiliation was so bad it could not be formally endorsed.

"The release of the 2018 Iwi Affiliation Estimated Counts is a really important step," she said in a statement. "This data will provide iwi with invaluable information on which to make decisions."

The updated statistics were published on a newly-launched platform called Te Whata, a joint project with the Data Iwi Leaders Group signed in the wake of the census debacle.

"The value of Te Whata is that it is developed by Māori for Māori, is a central repository for iwi data, and that it enables our iwi to better plan for positive futures," Whaitiri said.

Stats NZ's Rhonda Paku said the new set only reduced the impact of the missing data, with limitations on how it could be used.

Still, she said it was better than using eight-year-old statistics.

"While not official census counts, for most purposes the 2018 iwi estimates provide a more relevant and up-to-date picture of iwi than continued use of 2013 census data," Paku said in a statement.

"We recognise there are shortcomings with this data and how it can be used," Kukutai said.

"However, the progress being made in the Māori data space is significant. With ongoing mahi and kōrero, we will see better outcomes for whānau in the future."