The botched census has left Māori in the dark as to whether the Wellbeing Budget will make any difference for them. 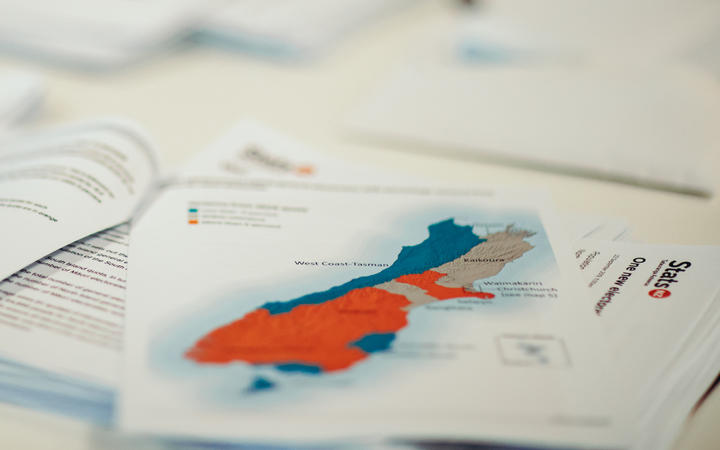 Stats NZ has had to use data from other places to fill the gaps caused by an extremely low turnout for Māori for Census 2018 - just 68 percent.

But a Māori data expert said that turnout rate means all data from before 2017 is unusable - leaving Māori without any idea whether government investment is making a difference.

Population, electorate data, dwellings and ethnicity have all been published, with the Māori population increasing from 14.9 to 16.5 percent, remaining the second largest ethnic group.

After concerns were raised by Te Mana Raraunga, a Māori data sovereignty group, last year about how a low turnout could see Māori lose an electorate, the number of Māori electorates has remained at seven.

However ethnicity data, which is critical for policies and addressing ethnic inequities, has been rated moderate by the independent review panel, set up by the government statistician to monitor the census.

One of the panel members, Tahu Kukutai said that's because the 2018 Census can't be compared with any previous census'.

"This will effect their ability to want to monitor change over time, particularly for Māori and Pacific groups and these groups are also particularly effected by the loss of information about families and households, which is critical for housing and family related policies."

Te Mana Raraunga spokesperson Andrew Sporle said there is now no way of knowing whether things are getting better or worse for Māori.

"Considering we've just had a Wellbeing Budget, with specific focus on Māori and Pacific, it means that we won't actually be able to tell if the things we are doing now have actually affected some change. At a national level it will be even more precarious, with information at a regional level we know there is imprecision with those regional population counts.

He agrees that Māori have been really let down by the lack of household data, and said, there is nothing they can do to plug those gaps.

It was revealed last month that the poor Māori turnout rate would mean there was no iwi-affiliation data.

The external panel endorsed Stats NZ's decision not to publish the data, because it was poor quality.

Mr Sporle said it's his job over the next couple of weeks to see whether there is any way of salvaging the little iwi-affiliation data they have.

Statistics Minister James Shaw told Morning Report the government has not failed in it's Treaty obligations.

"The remedial work that has occurred in the last 12 months has been of extremely high quality for the most critical purposes for which we use a census, the external data quality review panel has said that the data is of very high quality."

There is gaps in data with the household level information, Mr Shaw said.

He said Stats NZ will work out how to remediate this over the coming months.

Because of such a low turnout for Māori, Stats NZ used data from other places to fill in the gaps in the 2018 Census.

An independent review panel set up by the Government Statistician has also refused to endorse the Stats NZ's quality rating of ethnicity data, because there were so many gaps for Māori and Pacific.

"If National want to go to court, I think the net result of that will be they will spend quite a lot of money getting nowhere, which with an election coming up next year, they might want to consider if that's the best use of their cash."

It says the reason for that is "largely due to operational failures that made it difficult for them to participate''.

More census results are expected to be published over the coming months.