Hutt City Council is facing a $1.3 billion bill over the next 30 years to keep the the city's water network up to scratch. 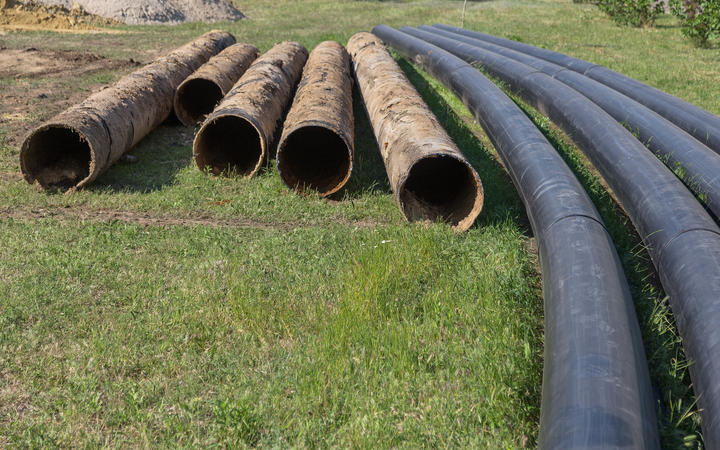 A report from Wellington Water - the authority which oversees the network for the entire region - has set the figure, to replace 60 percent of the 2000km pipe network.

How the money will be accrued is yet to be determined.

It comes after Porirua City Council received a similar report, which put their bill at $2b.

"We have a situation here where we have a trifecta of issues," said Hutt City Mayor Campbell Barry.

"One: ageing infrastructure; two: historic underinvestment; and three: a significant population growth in our city, where we've gone from 100,000 to 109,000 in the last six years."

As such, he said the total amount was not a complete surprise, but the figure in the billions was significantly greater than was earlier indicated.

When Barry became mayor, he commissioned Wellington Water to undertake a review to see how much would need to be spent to upgrade the pipes, and the organisation came back with an additional $240 million over 10 years.

"With more detailed work being done, that cost is significantly higher," he said. "For me personally, it's not a complete surprise, but of course it is a significant sum that we need to think through and think how we best deal with that."

The heavy sum is putting pressure on the council, and Barry said they would be looking to central government for assistance.

He said while the figure was daunting, the best thing was that they were honest with the public about the scale of the challenge.

"Our city and residents' well-being is at the heart of a functioning water network. We must have safe drinking water and effective stormwater and wastewater systems."

The total funding is not guaranteed - the paper is before the council, who will decide whether to pursue the mid-range option, which is the $1.3bn bill, or to go with a low-level option. A third, high-level option was not put forward due to affordability concerns.

The high level of expense could see rates increase by 4-6 percent, and would also see the council's debt increase to a peak of $835m, with a debt to revenue ratio of 301 percent which exceeds the limits of the Financial Strategy.