Reforms to national water standards will be the "biggest shake up" local government has received in 30 years, Masterton Mayor Lyn Patterson says. 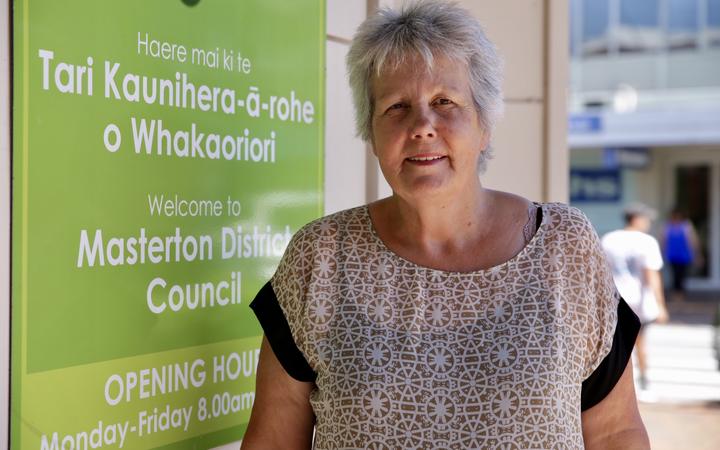 At today's Masterton District Council meeting, Patterson said the wide-reaching recommendations from central government would be the most significant since 1989's local government legislation redrew boundaries across the country.

Wairarapa's district councils have been offered millions of reasons to sign up to central government's latest water scheme.

Central government has offered local authorities a significant cash package, but they have only four weeks to agree to it.

The cash is on offer to districts that enter a good faith agreement to start water projects that stimulate the post-lockdown economy, while also upping water standards.

Councils have until the end of the month to confirm their intent. They are signing up to one tranche, for a year, as the new water authority Taumata Arowai forms.

Later obligations will be met next year if councils seek to follow up their initial agreements. These could include a shared services arrangement.

Concluding the public section of the meeting, Patterson said the deal would have an extended legacy.

"These Three Waters reforms, no matter where they land, will be the biggest shake-up of local government since the 1989 reforms, in 30 years.

"And we shouldn't underestimate what that means, what consultation with our community will be, and the decisions we as a council will make around the Three Waters."

She said Taumata Arowai would "be great, to have a water regulator with some teeth" to bring failing councils and water providers into line. She said there had been no prosecutions for failing water suppliers.

Masterton councillors, some reluctantly, resolved to confirm a report from MDC chief Kath Ross to enter into a Memorandum of Understanding [MoU] with the Crown on Three Waters reform.

Extra information was tabled at the meeting, as councillors and staff had only attended a final Department of Internal Affairs roadshow in Palmerston North yesterday.

Ra Smith, the Kahungunu ki Wairarapa iwi representative at the table, said he had four concerns about accepting the deal. He was not able to vote, but said he felt the lack of iwi and community consultation, hidden costs, and the use of the legislation as a "blunt tool" were troubling.

Councillor Tina Nixon said she felt the package was "a vote-buying exercise", and "bad democracy".

Further details on the $761 million stimulus package were revealed to elected officials and council staff this week.

To date, the focus has been on ensuring the new national water authority is set up and can set up standards for drinking water quickly.

Stormwater and wastewater, the other two of the "Three Waters" under review, were to be parked.

However, on Tuesday, central government revealed the regional split of the cash, in "notional funding allocations".

Councils are encouraged to adopt a "shared services model", with money on offer to schemes which show investment in "three waters infrastructure that support economic recovery".

They were told that they had until the end of this month to sign up to a MoU to access the funds.

Each regional group of councils will have until 30 September 2020 to agree on how best to apportion the regional funds to the individual territorial authorities that make up the region.

About $50m of the pool will be kept in the capital to set up the national water monitor, Taumata Arowai.

Wellington City Council itself was one of the major beneficiaries, with almost $11m offered to fix their leaky pipes.

According to Department of Internal Affairs documents, Masterton District have been allocated $2.2m should it sign up, Carterton District $920,000, and South Wairarapa District, $1.42m.

The Wellington region, including Greater Wellington Regional Council, will be line for a $29.9m package.

Masterton and Carterton districts still manage their own water services.

In his Times-Age column on Wednesday, South Wairarapa Mayor Alex Beijen said the money was "a big carrot".

"I wouldn't want to be the mayor to turn down a few million by declining the offer, but we need to look carefully at what accepting the offer will tie us to in the future."

He said the government had suggested local councils divest water assets into the aggregating company, but it "would be another power company reform that escalates cost to the public".

Carterton and South Wairarapa Districts are holding meetings later this month, where the subject may be debated in public.

All councils have until the end of August to confirm their plans.