Shredded plastic seen tangled in the banks of a stream in the Manawatū may be coming from an old landfill, but the district council says it won't know for sure until summer. 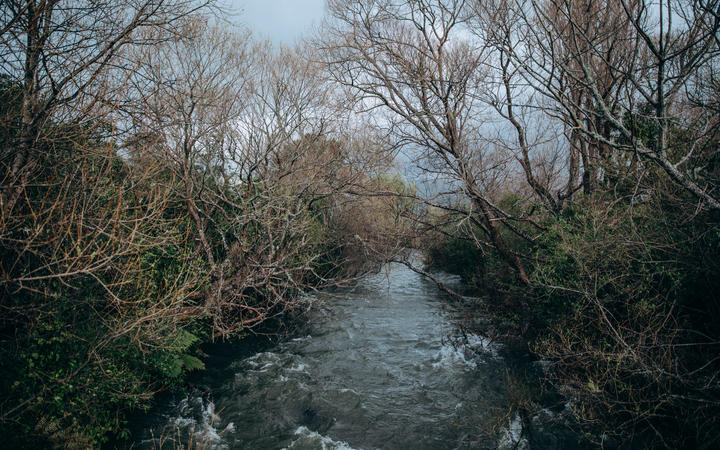 The Mangaore Stream, which flows down from the Tararua mountain range and through Shannon. Photo: RNZ / Dom Thomas

The small landfill, which has been closed since the early 1980s, is next to the Mangaore Stream which runs into the rural town of Shannon.

Wellington man Tom Kay reported the rubbish to Manawatū Whanganui Regional Council a year ago when he was kayaking down the stream and saw litter along the left bank near a bridge at Hennesey Road.

"We thought this is way too much rubbish to have come down from a house, and there's no urban area upstream."

The small patch of land next to the stream, which runs down from the Tararua Mountain Range, is owned by the Horowhenua District Council.

In July, the regional council asked the district council to send staff to assess the site to work out options "to protect the true left bank of the stream from erosion and potential refuse breakout". It also ordered the council to get a consent for the historic landfill, that predates the Resource Management Act of 1991.

In emails between the two councils in August, one of the district council's planners notes the stream is "a site of significant aquatic life".

RNZ visited the site and, a year on from Kay's complaint, litter can still be seen tangled in the bank. 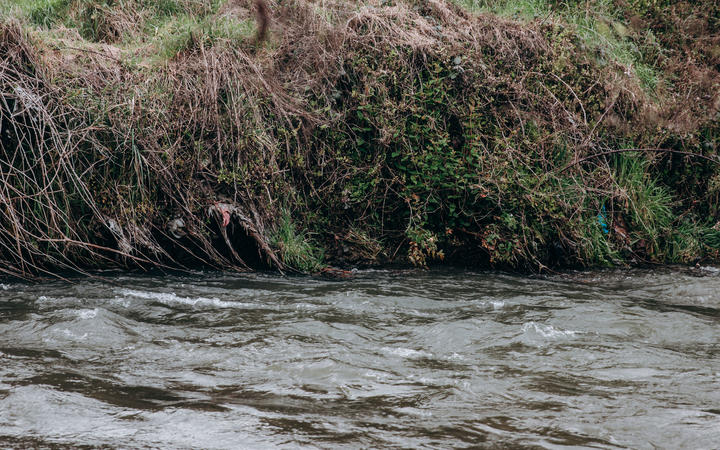 Rubbish seen tangled in the banks of the Mangaore Stream, which flows into the rural town of Shannon. The site of the rubbish is next to a closed landfill. Rubbish was seen in the same spot a year ago. Photo: RNZ / Dom Thomas

Kay, who is also Forest & Bird's freshwater advocate, feared that if the rubbish was coming from the landfill, then it may have meant toxic waste leaching into the river for years.

"Just thinking that there's been that landfill sitting there potentially leaching into that river and down into the Manawatū River for at least 12 years is really frustrating."

However Nic Peet, a group manager from the Manawatū Whanganui Regional Council said it had ordered the landowners to have a look but did not believe there was leaching.

"I don't think there's any evidence at the moment that the landfill itself is discharging into the river. It's a precautionary look and it's worth a look but there's no evidence of rubbish protruding from the bank and no evidence of leaching."

He said the landfill was "postage stamp-sized".

District council water and waste services manager, Asli Crawford, said staff have made several visits to the site to see whether the plastic was from the closed landfill or from fly-tipping or littering that has come from upstream.

So far the results have been "inconclusive", Crawford said.

The district council has obtained consent to clear blackberry bushes on the river bank, but Crawford said it's too risky to do this in winter when there are high river flows from the power station releasing water upstream.

Crawford said the council monitored other landfills in the district that were closed in 1995 and they were not showing signs of leachate issues.

"The fact that the Shannon site in question was closed around 15 years earlier than the monitored landfills would indicate a low risk of leachate issues. Given that there has been no evidence, at this stage, of any health and safety risk to the community caused by this old closed landfill, and that there hasn't been an issue on this site previously, further investigation hadn't been carried out."

She said it appeared more likely that the rubbish was from upstream litter.

"Research regarding this site points toward this small landfill being closed around the early 1980s, when the types of materials being sent to landfills were very different from today. Plastic bags were rarely used and, as such, it would be unlikely that there would be this type of material being exposed.

"However, further investigation is required to be certain."

The erosion of closed landfill in Westland last year showed how legacy landfills can become a danger to the environment.