After lobbying to review freedom camping sites in Marlborough, some residents are now asking to "keep to the status quo". 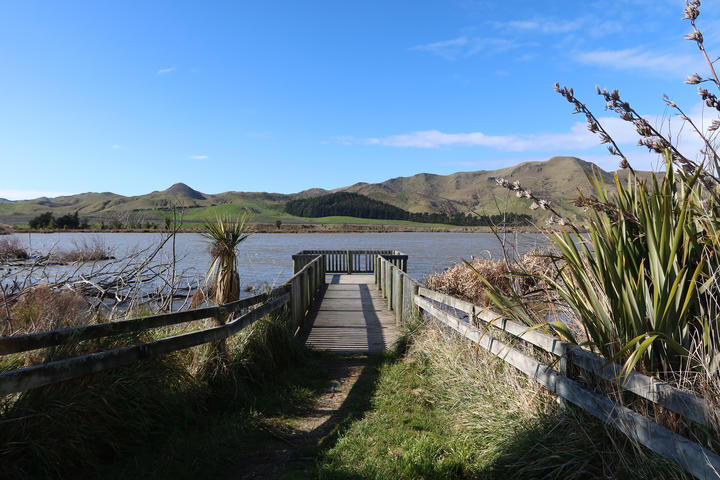 A total of 350 people submitted on the Marlborough District Council's draft freedom camping bylaw last month, most opposing a plan to close controversial sites outside Picton and Ward, but to open three new sites in the centres of both towns.

Changes to the bylaw were promised for the fourth time in 14 years, following strong submissions against freedom camping in last year's annual plan process, which were mirrored again this year.

But several residents backpedalled during hearings this week, asking for proposed new sites at Picton High Street, Picton Memorial Park and Ward Domain to be scrapped, and sites at the Koromiko Recreation and Elterwater reserves to remain. 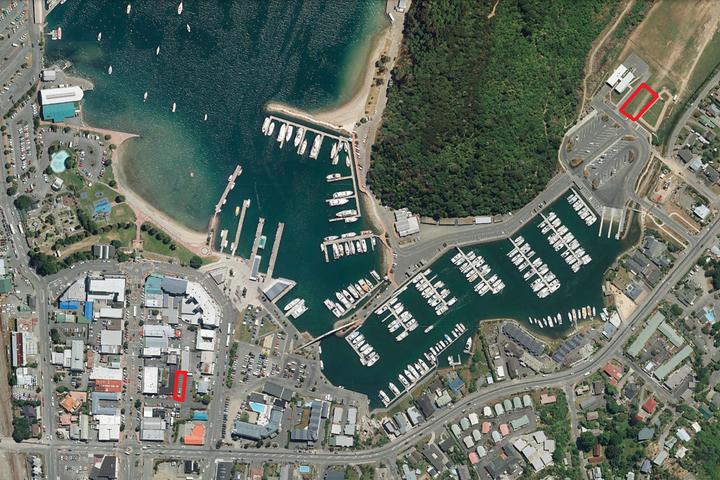 A map of the proposed new freedom camping sites in Picton, highlighted in red. Photo: Supplied

Koromiko's site had drawn the ire of residents for just under a decade for often being overcrowded, and the council even looked at closing it in 2016, when the bylaw was last reviewed.

But Picton Smart and Connected freedom camping group chair Richard Briggs said on Tuesday, during the second day of hearings, the community had changed its stance on Koromiko.

"The community are now saying they'd rather have Koromiko open as a freedom camping site than have sites in Picton's town centre ... We as Picton Smart and Connected think it the reserve should be returned to a reserve, and not a camp site." 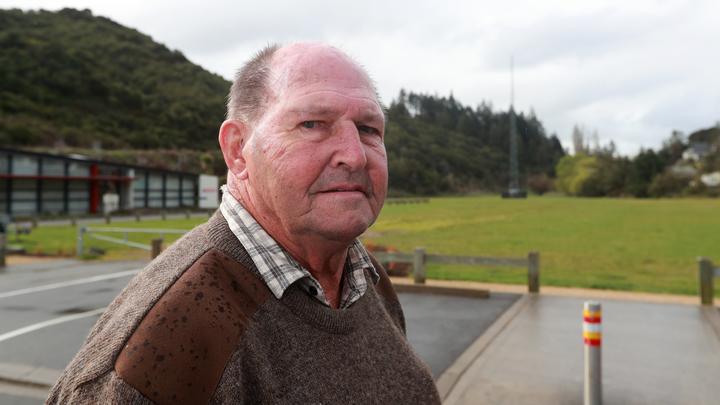 Picton Returned and Services Association (RSA) president John McCarthy said he personally believed there was "nothing wrong" with Koromiko's site, aside from traffic concerns.

"[Waka Kotahi NZ Transport Agency] do not like having camp sites on State Highway 1, especially one where tourists who are strangers to the country have to turn onto the highway." 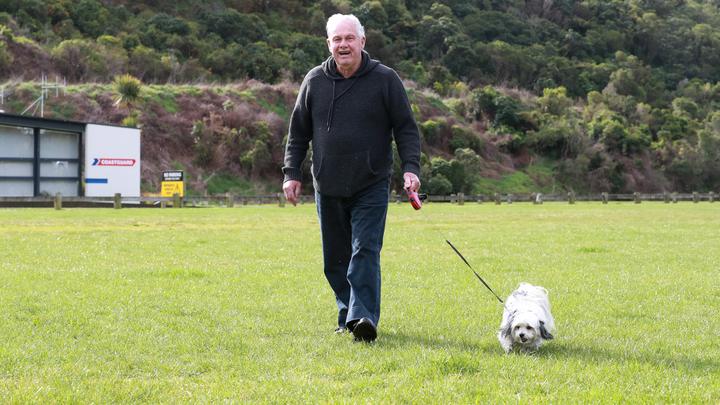 Picton man Fredrick Wilson walks his dog Mill at Picton's Memorial Park, which he fears residents will be unable to do if it's made a freedom camping site. Photo: Scott Hammond/ Stuff/ Supplied

Picton resident Fredrick Wilson, who was developing sections near Memorial Park, asked for Koromiko's site to remain open as "considerable funds" had been spent on it over the years.

Councillor David Oddie, who chaired the bylaw panel, told one submitter the council needed a site at Picton to put campers.

"We already have Koromiko there. Residents asked for it to be closed, but there seems to have been a change of heart in the community, who now say it works well and shouldn't close."

The council wanted to return the Koromiko site to a picnic area to reduce its impact on a nearby Queen Elizabeth II National Trust covenant reserve.

Port Marlborough chairman Rhys Welbourn said the port opposed turning Memorial Park into a freedom camping site, but that Koromiko could "service that need, if there is a need".

"It's in close proximity to the ferries, but also allows people who are journeying south or north to stop and stay," he said.

He said the port was keen be part of a "think tank" which would look at alternative freedom camping sites in Picton, which Picton Smart and Connected later offered to facilitate.

On Monday, during the first day of hearings, Flaxbourne Settlers Association chairman Stuart Oulton said most residents were against the proposed site by the Ward Domain war memorial, and wanted Elterwater Reserve kept open.

"The feeling was that we've had Lake Elterwater as a freedom camping site for some time, and that hasn't cause any issues in the community. Keeping to the status quo would be best."

The council had proposed closing the Elterwater Reserve as it was on NZTA land, and could not be controlled by its staff.

Long-time Ward resident Pip Thompson said the reserve was a "far better option" than trying to "push" a site onto the domain.

Ward farmer John Hickman, whose family donated the site's land, said keeping it under council's control was a "win-win".

"If it can be adequately managed, the site will maintain freedom camping and keeps campers away from the domain, but still allows the district to tap into the money they spend."

The site could even be made bigger, he said.

Hearings on the draft bylaw close on Wednesday at 5pm, with an expectation the bylaw would be in place before summer.