New Zealand scientists have led the largest survey of sea ice in the Weddell Sea to help them understand impacts of climate change on crabeater seals. 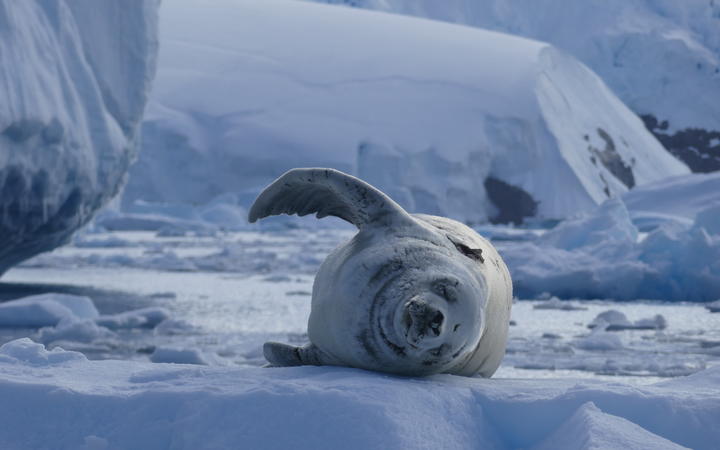 University of Canterbury scientists, with the help of 2000 volunteers, have been surveying satellite images of Antarctica since March 2019 to count the number of crabeater seals and have today released the results of this study.

Antarctic marine scientist Michelle LaRue said the research found at least two dozen seals in the area, and they were found mostly on pack ice (ice floating in the middle of the Southern Ocean) in deep waters following trails of krill. Some areas had never been surveyed for seals before.

Dr LaRue said the research results were timely as global leaders will consider protecting more than 2.2 million square kilometers of the Weddell Sea this October.

Working with Dr LaRue was lead author Dr Mia Wege, a post-doctoral researcher from the UC Science's school of earth and environment, who is now at South Africa's University of Pretoria.

Dr Wege is a marine predator ecologist with a specific interest in seals and Antarctica.

"Seals are just the means to understand impacts of climate change on species living in extreme environments," she said.

"We combined Google Earth-like imagery, volunteers and statistical modelling to figure out where crabeater seals are likely to be found in the Weddell Sea - a place that is likely refugia for ice-dependent species, as the climate continues to change."

The finding that the seals' distribution overlapped with krill habitat was important because it was the preferred snack for the majority of Antarctic predators, Dr Wege said.

"Krill are also a target species for fisheries in the Southern Ocean. Knowing crabeater seal distribution is valuable conservation information, particularly because a Marine Protected Area is currently being planned in the Weddell Sea."

This study, along with other work by Dr LaRue at UC, suggests that using satellite photos to study Antarctic predators could become a valuable and cost-effective long-term monitoring method in a place that is hard to reach most of the year - now made even more inaccessible by Covid-19 restrictions.

Most people don't know that humans fish for, and consume, krill, Dr LaRue said. The shrimp-like crustaceans that whales, penguins and crabeater seals eat can be found in krill oil supplements, for example.

"So since we effectively are competing with these animals for their food, we have an obligation to ensure we don't damage the ecosystem," she said.

She said creating a marine protected area "may be a prudent action, to set aside the region from irreversible ecosystem damage."