Part of the Antarctic has lost more than one million square kilometres of sea ice over the past five years, new research shows. 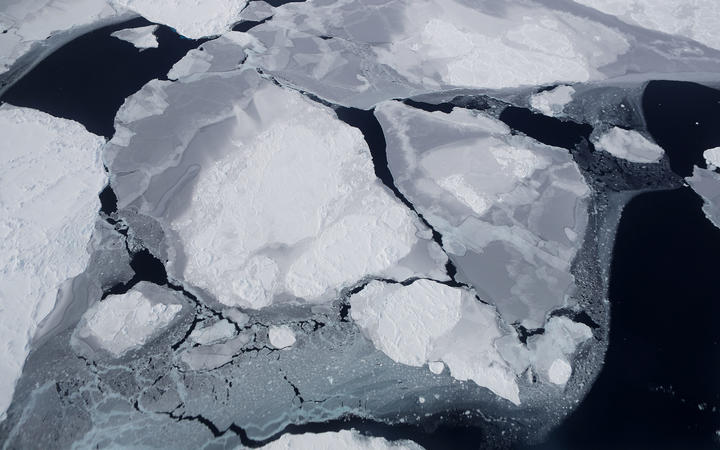 An international research team found that a series of severe storms in the Antarctic summer of 2016-2017 caused a reduction in a third of the sea ice in the Weddell Sea.

The findings, published in Geophysical Research Letters, show implications for the marine ecosystem and an uncertainty about its chances of recovery.

Climate science researcher Kyle Clem said the reduced area was twice the size of Spain, and it was impossible to tell if it would ever return to pre-2016 levels.

Ice loss also occurred due to the re-appearance of an area of open water in the middle of the 'pack ice' - otherwise called a polynya, the researchers say.

The opening of the ice created more visible ocean for the sun to warm up, causing further reductions, Clem said.

"We already have less sea ice now that the storms have redacted it out and melted it, we also saw open water emerge with the polynya, so the sun started heating the ocean and that has lead to a warmer ocean and less sea ice, which has persisted for the following four years."

Data on the Weddell Sea only dates back to the 1970s when satellites allowed them to monitor weather patterns, he said.

Because there was only about 40 years of data to learn from, he said it was impossible to predict long term weather trends.

While these storms were unprecedented from the patterns over the past 40 years, it was unclear if that would be the case over a longer period of time, Clem said.

The ocean around Antarctica freezes and doubles the size of the continent in the winter, with the sea ice extent reaching over 18 million square kilometres by late September. 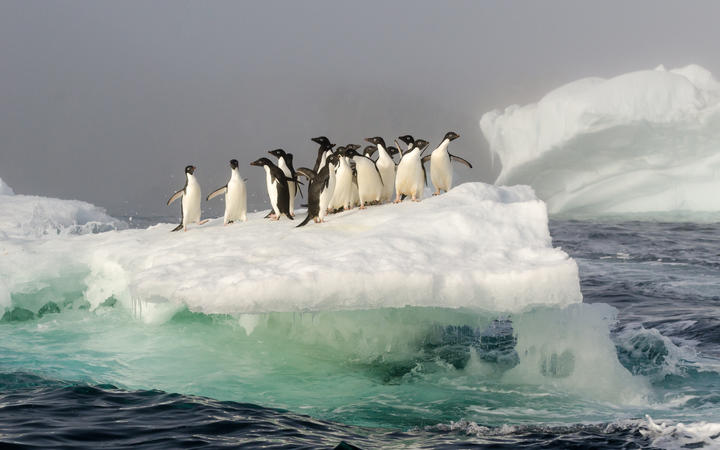 Through the spring and summer, the sea ice almost completely melts in most parts of the Antarctic, with only the Weddell Sea retaining a significant amount of sea ice.

The study's lead author, professor John Turner, who is a climate scientist at British Antarctic Survey, said the Antarctic continued to change and created problems for wildlife.

'"Antarctic sea ice continues to surprise us. In contrast to the Arctic, sea ice around the Antarctic had been increasing in extent since the 1970s, but then rapidly decreased to record low levels, with the greatest decline in the Weddell Sea.

"In summer, this area now has a third less sea ice, which will have implications for ocean circulation and the marine wildlife of the region that depend on it for their survival."

Turner said this rapid sea ice loss was not limited to the Weddell Sea ecosystem, but the wider Antarctic wildlife, plants and animals.

This part of the world is home to many species, ranging from tiny ice algae and shrimp-like crustaceans called krill to seabirds, seals and whales.

All of which have adapted the presence of sea ice, and scientists warn if the drastic changes observed continue, they will have repercussions throughout the food chain.

It could affect nutrients and reduce the essential habitat for breeding and feeding for animals, such as ice seals, and some species of penguins.