For the first time in 60 years, Weddell seals are raising their pups at Antarctica's Scott Base. 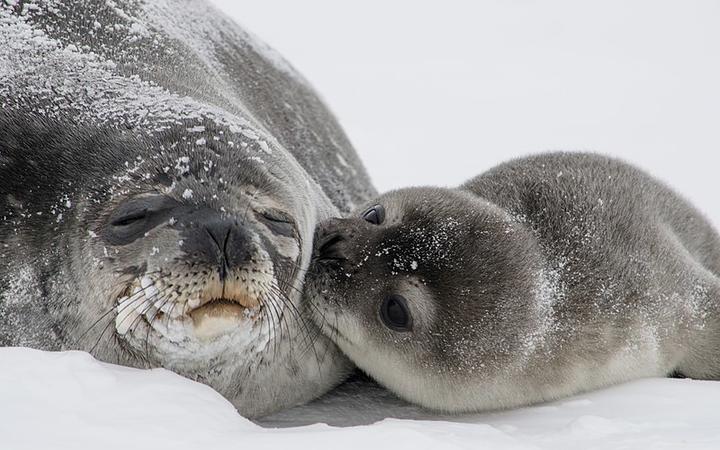 Weddell seals are breeding in numbers again near Scott Base. Photo: Public Domain US Geological Survey

They abandoned the area in the 1960s when they were being killed and served as dog meat.

Now between 15 and 20 newborns have been spotted near the New Zealand research facility. The base is located at Pram Point on Ross Island near Mount Erebus in New Zealand's Ross Dependency territorial claim.

Antarctic scientist Regina Eisert, an expert on the species, said the return of the seals around the base was a cause for celebration, heralding the re-populating in an area that was once a prime breeding site for the animals before being killed off by human.

"The adult weddell seals continued to hang out near Scott Base, so they weren't put off. But the breeding females showed high site fidelity, that is they come back to the same colonies. And so if you kill off the animals that are used to certain areas you are basically removing that colony," she said.

Eisert said the pups were usually born about mid-October, meaning the young seals around the base had been weaned and were healthy.

She said it was not uncommon to see the odd seal pup around the base, but never in significant numbers.

"It is very exciting to see the re-establishment of this colony. We don't know whether that's an ongoing thing. There have been individual pups, maybe one or two born over the years in the meantime, but we haven't seen this kind of birth rate for, I assume, several decades."

Staff at the base had set up a telescope so they could watch the pups' progress and had actually watched the seals give birth from their lounge.