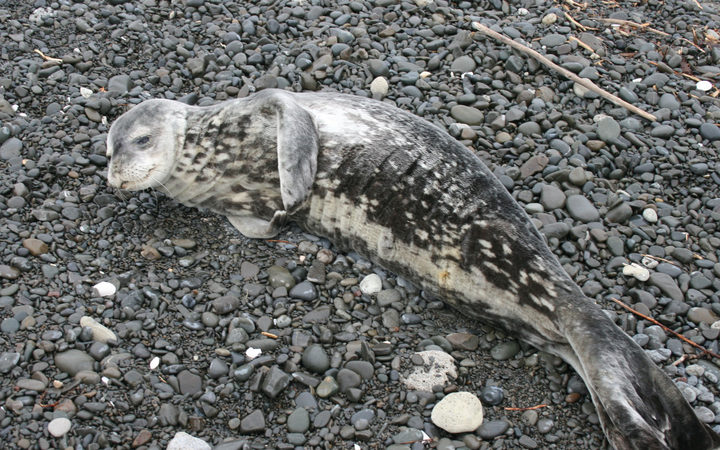 The Weddell Seal of Napier Photo: Supplied/ Department of Conservation

The Weddell seal arrived yesterday, more than 5000 kilometres from its Antarctic home.

Department of Conservation (DOC) ranger Rod Hansen said the young animal spotted resting on one of the city's beaches was only the seventh reported Weddell seal sighting in New Zealand and the second in Napier.

"The first visit we received was back in 2007 - so it is truly a rare sighting indeed," he said.

The Weddell seal, named by James Weddell, a British sailor and seal hunter, usually remain within 100km of their breeding colonies in Antarctica for most of their lives.

However, there have been reports of migrations up to several hundred kilometres, especially by younger seals, with sightings reported as far north as Australia.

"Although it can be tempting to help, human interaction is detrimental to their development." 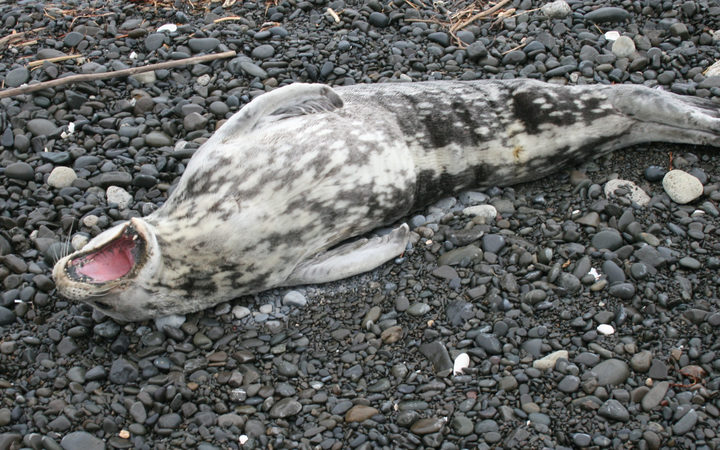 The Weddell Seal of Napier Photo: Supplied/ Department of Conservation

People should stay at least 20 metres away from the Weddell seal and keep their dogs under control, she said.

It is an offence under the Marine Mammals Protection Act to disturb, harass, harm, injure or kill a seal.

The Weddell seal can grow up to three metres long and can weigh in at 500kg.