The first American flight bringing personnel taking part in the international Antarctic season touched down in Christchurch this morning. 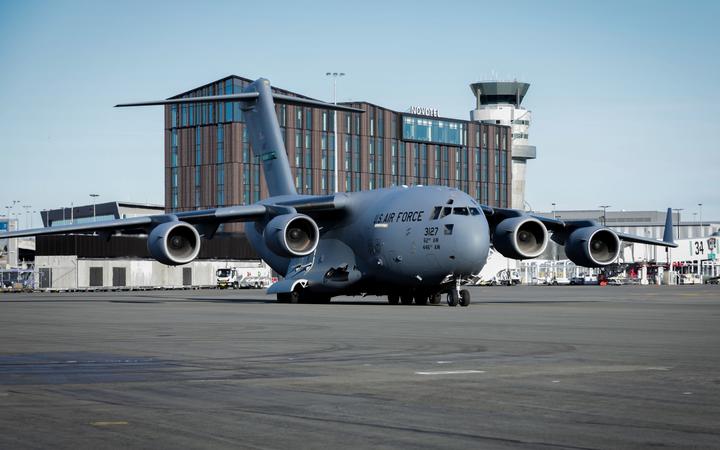 The US Air Force C-17 touched down at Christchurch Airport this morning. Photo: RNZ / Nate McKinnon

A US Air Force C-17 flew into Christchurch Airport today ahead of the international Antarctica season.

Antarctica is the only continent that is Covid-19 free.

Yesterday Foreign Affairs Minister Winston Peters and Research, Science and Innovation Minister Megan Woods confirmed there would be a reduced Antarctic programme due to Covid-19.

"All international arrivals will pay for their own 14-day managed isolation and be tested twice for Covid-19 before leaving for the ice," Woods said.

Travellers to Antarctica can only enter New Zealand after being granted an exemption from the current border restrictions, the criteria of which is based on the essential nature of their work, and agreements between governments on cooperation in Antarctica. 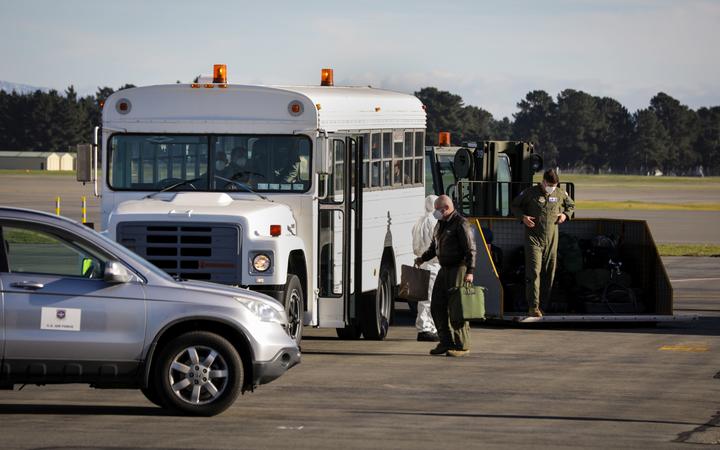 Those on board the plane will pay for their own 14 day managed isolation in New Zealand and best tested twice for Covid-19 before leaving for Antarctica. Photo: RNZ / Nate McKinnon

"Travellers to Antarctica will be isolating in managed facilities, and planning has ensured space has been allocated to prevent any pressure on the system," Woods said.

While in a typical season (running from August till March), more than 3000 members of international Antarctic science programmes would normally pass through or be based in Christchurch, this season that number is expected to be about 800. The majority are part of the United States' Antarctic Programme, with arrivals also supporting the New Zealand, Italy and Korea programmes.

The first flight to the continent is scheduled for 24 August.