A brand new $45 million film studio for the Wellington region is being bankrolled by just one Upper Hutt family. 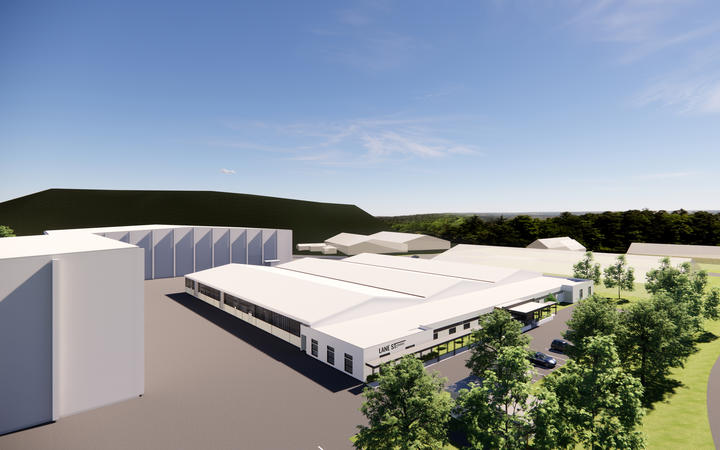 Lane Street Studios, at the foot of the Wallaceville Hills in Upper Hutt, is planned to have two 40-foot high filming hangars and a smaller studio complex complete with a costume wardrobe, art department and screening room.

Once fully converted from its previous use as a data centre, it will host large-scale international productions and smaller, domestic projects. 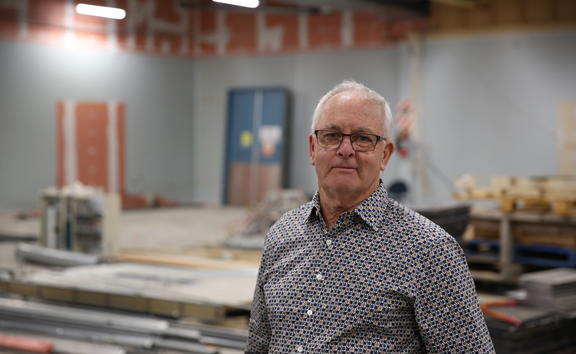 Rod Evans has owned the land for years, and his family is funding Lane Street Studios through the Totara Trust. Photo: RNZ/ Harry Lock

There will also be bespoke spaces for physical and digital content creation, and will have both pre- and post-production capabilities.

It comes as the film industry in New Zealand contends with increased demand.

"There is a real need in terms of the significant demand for screen production in New Zealand, to have the crew...ready and working and trained," Lane Street Studios director Kristy Grant said.

"We've got a fantastic range of experienced people in Wellington, and we want to share that out, and make sure we can deliver that."

With the small studio complex hoped to be finished by the end of the year, and the first sound stage ready by next July, the first production could be less than a year away.

Rod Evans has owned the land since the 1980s and his family are funding the $45 million project through the Totara Trust. He said the site was originally part of the bid to get the new Lord of the Rings TV series filmed in Wellington.

While that was ultimately unsuccessful, Evans said encouragement from tech giant Amazon was enough to get the project moving.

"People who came around from Amazon liked the site, and said it was ideal. That was the trigger mechanism to get a large sound stage built."

Since 2014, the gross revenue for the screen industry business has grown to $3.27 billion, with nearly 30,000 jobs generated across the screen value chain.

With New Zealand one of a few countries currently producing screen content without restriction, demand is not slowing down.

Screen Wellington manager Nicci Boucher said interest in using studios had tripled since the lockdown, with people identifying New Zealand as a reliable and safe place to make film. 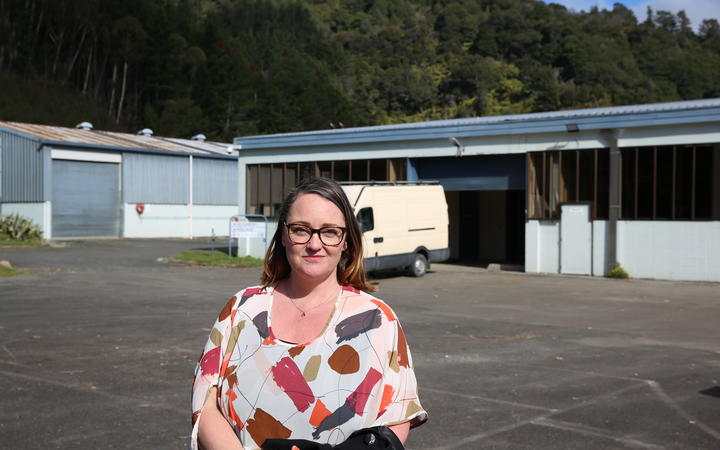 While the studios will be utilising Wellington's already-cemented reputation, as a UNESCO City of Film, it won't be competing with other studios, but complement it.

Boucher said experienced members of Wellington's film industry had been brought in to help.

"[They are] very key decision-making individuals who are all very supportive and have been involved in some of the design aspects of this space.

"They see it as a benefit - it's a complement to what already exists here. This is going to boost the existing industry and provide a more complementary offering than we have at the moment."

Part of the design will be in making sure the studios are as malleable and flexible to the needs of the filmmakers.

"Before Covid, New Zealand was hugely popular in demand in terms of coming here to shoot productions, and now even more so.

"There is a need for really good, custom-built, specifically-designed studios, that can deliver that really high end of content."

Education programme part of the package

The studios will also create an industry pathway for people who want to get involved in film.

"There is very little structure in terms of a training programme that exists because it has always traditionally been people just getting on set and learning on the job," said Kristy Grant.

"We want to provide a little more structure around that so that, long-term, we've got that sustainability capacity for our sector." 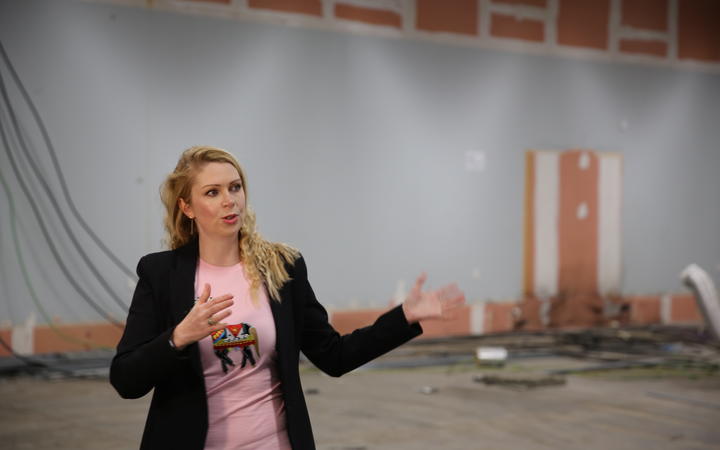 As part of the development, there will also be a national training programme to deliver consistent skill sets as part of the 'Share the Knowledge' programme.

Benefits for the community

While Wellington is a UNESCO city of film - these studios will be firmly planted in Upper Hutt.

The city's mayor, Wayne Guppy, said the impact could not be overestimated.

"The benefits of this will be felt for a long time in our community." 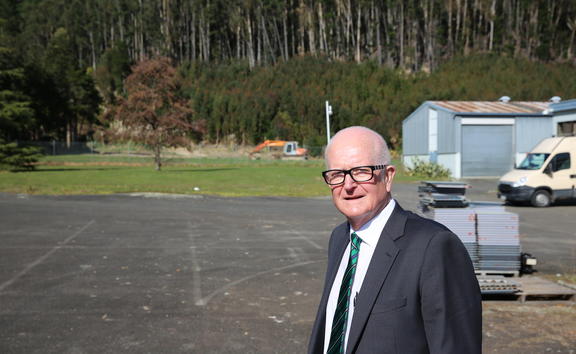 About 500 jobs per production will be created, but the wider effects will be assessed in future years in terms of benefit to the local economy and to local businesses.

With brewing and entertainment complex Brewtown just a hop over the boundary fence, there are a number of craft breweries which would welcome an influx of people who might be interested in a post-work pint after a day of filming.

"Any business like that coming to our parts is good, good for everyone," WildKiwi owner Russell Kirk said.

"The flow-on effect goes on for ages: we get more people in the bar, having meals, more people coming round here."

Te Aro Brewing Co. owner and brewer Karl Hayes said it would be great for business, but sitting in the same bar as some Hollywood A-Listers would not be a big deal.

"We won't care, we've had our share of famous people in here already, and they pay exactly the same amount as normal people.

"It wouldn't be a huge thing for us - we just want bums on seats regardless of whether you're famous or not."