New Zealand has one of the few functioning film industries in the world since the Covid-19 pandemic hit, but things are not so rosy for others working in the entertainment industry - the technicians, set builders and sound and lighting crew for music festivals, theatres and operas. 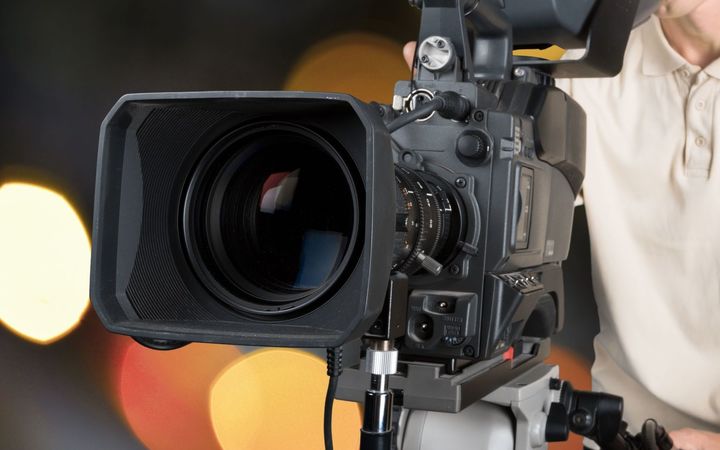 Graeme Tuckett is best known as a film reviewer, but his day job is looking after the crews on major local film and TV productions. He estimates that at its peak, between 20,000 and 30,000 people were employed in the New Zealand film and television industry.

That includes both film crews and the ancillary people employed by them such as tradies, plasterers and electricians who survive due to the film industry in places like West Auckland and Miramar, he said.

Tuckett said the industry is not currently at its peak, but is accelerating very quickly.

"We also obviously have offshore productions now coming to New Zealand because these films need to get made because the networks of the movie distributors, they need contact, and ... we're one of the very few places you can actually shoot a film right now."

"The film industry is very very good at pausing a production and then restarting it again as quickly as possible, getting back in the office, dusting off the laptop, say 'right we'll go again' because that's the nature of film, that's the nature of sometimes film funding, it's a business which relies on very very intricate schedules of very very highly in demand people and films can suddenly stop in their tracks for six weeks and then suddenly start again."

He said things are optimistic and an estimated 48 film and TV productions are running in New Zealand right now.

"Some of them have just got people in the office employing the crew and getting together and others, you know like Avatar here in Wellington and the Lord of the Rings series in Auckland, are cameras rolling and hundreds of people employed."

Entertainment Technology NZ Vicki Cooksley said the organisation represents thousands of people around the country including technicians and others who work at entertainment events, as well as a big volunteer sector.

She said a lot of them have been affected by the Covid pandemic and some are still working, while others are waiting for their next job.

Some of the workers usually do some overseas work, such as the Edinburgh Arts Festival, which has now disappeared.

"We've got a number of people that do head off to Edinburgh to do the Edinburgh season, I've watched them all get phone calls to say that that had gone this year which was pretty disheartening, some of my calendar was also overseas work which has also gone away, so stuck in New Zealand looking for what takes us to the end of the year."

Cooksley said Covid hit while the Auckland Arts Festival was underway and it was devastating for the work to disappear that quickly.

She said although some summer festivals have been announced, the work has not yet trickled through to the technicians yet and many are still waiting for their next job.

"While we're agile we're probably not as agile as the film industry, we haven't got up and running as quickly, so we're still waiting for that to happen."

The wage subsidy has been incredibly helpful and has kept most in the industry running, she said.

But Cooksley is worried about when the subsidy finishes in a few weeks and has heard that some companies may have to lay people off.

Some people have already got out of the industry and moved into other work areas, and that is likely to continue once the wage subsidy is lifted, she said.

"The expectation is that people will go and find other jobs and they'll also suddenly realise that there's an 8am to 4pm job out there and we no longer need to be working into the evening, so I think that we will see some loss, it also leaves room in the future for a new generation to come through as well and we'll just keep training and upskilling people to try and retain them."

She said although some may be able to transfer their skills to the film industry, the lack of international conferences and overseas artists will hurt, as domestic work often does not need the same number of people as the international events held in New Zealand.