The worst of the wet weather that has hit Northland during the last 24 hours is passing. 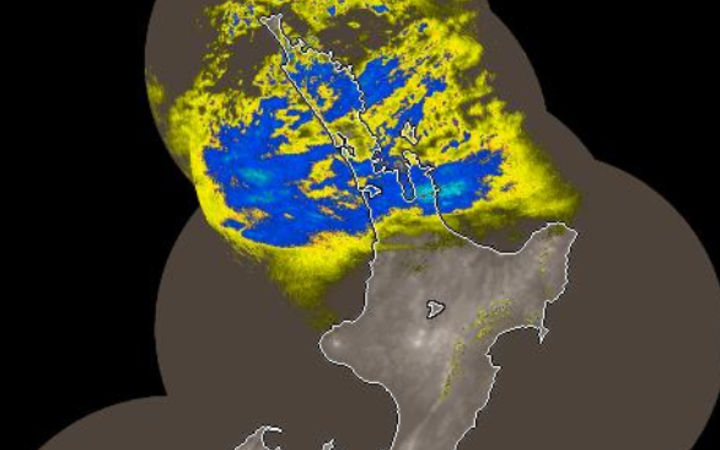 A map showing rainfall over northern areas of the North Island early on 11 August, 2020. Photo: MetService

MetService issued a severe weather watch for rain and wind for Northland last night, which has now been lifted.

Last month, the area bore the brunt of more than 200mm of rain falling across the region over 10 hours, causing serious flooding and slips.

Today, MetService meterologist April Clark said the "heaviest and most persistent" rain was easing as a cold front moved across the area this afternoon.

Clark said places like Kerikeri had about 77mm of rain since midnight last night, but it was reducing to showers.

There was still a low to the west of the region which would bring on-and-off showers before easing tomorrow.

"[There] is a little bit more to come, but nothing like what we've seen so far."

Civil Defence spokesperson Murray Soljak said the rain had been steady but manageable, with all roads open and no serious issues reported.

This morning, he said all things considered, the region got through the worst of it fine and the Far North was starting to emerge to clear skies.

The Earthquake Commission has received 260 claims for damage related to the Northland floods last month.

So far, no claims have been lodged for heavy rain and strong winds that hit the area overnight through to today.

EQC chief readiness officer, Josh Lindsay, urged people to contact their insurer and lodge a claim for damage if they had not already.

"By calling their insurer, they'll be able to have their claims resolved through one point of contact. This means they can get their land cleared quickly and get on with any building repairs, enabling them to get back on their on their feet as soon as possible."