It may be years before slip-damaged roads in the Far North are back to normal. 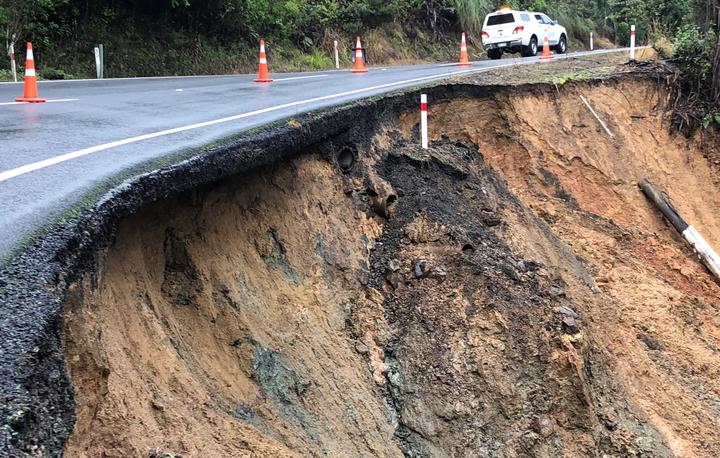 Weekend storms closed more than a dozen roads, and far more are again open but affected.

The government this afternoon announced $30,000 would be granted to a mayoral relief fund in the region to help.

Far North Deputy Mayor Ann Court said roading crews had been working hard to establish the damage, but it would take months, possibly years, to fix everything.

"There are more orange cones in Northland than people," she said. "There'll either be slips or under-slips, which are more dangerous because you can't always see them," Court said.

State Highway 1, at the Mangamuka Gorge just south of Kaitaia, has a number of slips and will be out of action for some time, the responsibility for which falls to the New Zealand Transport Agency. 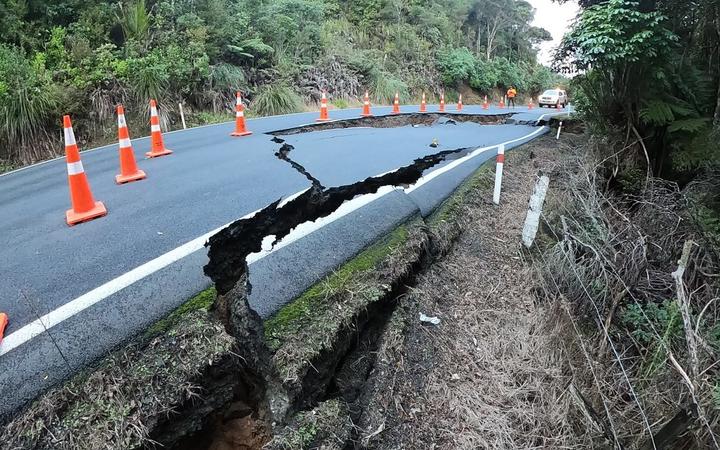 She said even quantifying damage to local council roads would take time, let alone fixing them.

"Just to get out there and do an engineering assessment on 1800 kilometres of road is massive, and this is going to take weeks and months. To put that into some context, we are still procuring, now, work to repair damage that occurred in the last significant rainfall event."

She said the timeframe was not clear, but rebuilding a road was usually a long process.

"These things can take three years or more. If you've lost significant chunk of road, we have to engineer solutions and that's a significant amount of work before you even start to get out there and design solutions and procure in the market.

Some sewage had spilled out to sea in Russell, she said.

Council staff have been active over the weekend inspecting houses too.

The floods have left five homes uninhabitable and 60 more with varying degrees of damage.

"We get straight in there. We've inspected 109 properties in Moerewa [assessing sanitary matters]. Thirty-seven homes have had building inspections. We get in there and we will help with things like pumping out their septic tanks. With regard to the actual homes that's where insurance kicks in or the Ministry of Social Development with welfare."

She said the council had a major stormwater project ready to be built which would have helped reduce flooding in the worst hit area, Moerewa.

"Unfortunately timing bit us big time on this one. We're just coming out of the tail of Covid so the work's still waiting to be done, and we get this weather event. You just think 'really?!' Drought, Covid, rain - what's next?'"

Court said there was now impetus to make the flood mitigation project in place before the next severe rain event.

In today's post-Cabinet conference, Prime Minister Jacinda Ardern said she was in close contact with the Civil Defence Minister and Te Tai Tokerau MP Kelvin Davis - who were in Northland yesterday - to see where the government could best assist as damage assessments continue.

"Minister [Peeni] Henare attended Cabinet today to give us the latest briefing and update. While flood waters have mostly receded, the clean-up will take some time.

"So as a very early and initial response, Cabinet has agreed it will make available $30,000 to the Mayoral Relief Fund which is being set-up.

The money will firstly go towards emergency replacements of necessary items and to aid with sewage clearance, Ardern said.

Civil defence, the Ministry of Social Development, and the Ministry of Primary Industries were all on ground to provide welfare support as well as the Rural Support Trust.

They were also co-ordinating the pumping of septic tanks in Moerewa, she said, while government was considering other forms of support being urgently provided. A further update on support could be expected from the ministers of finance and regional economic development, Ardern said.

The prime minister said most local roads had reopened, with the exception of SH1 at Mangamuka Gorge due to eight slips and four major underslips. She noted that an alternative was available to go north via SH10, with an extra 10-15mins of added journey time.

Site assessments were under way to understand scale of damage, she said.

Ardern urged anyone affected to contact the authorities on the ground.