Finance Minister Grant Robertson has said the government will keep the remaining $14 billion in its Covid-19 recovery fund will be kept aside for a rainy day.

Robertson made the announcement to media after the weekly Cabinet meeting alongside Prime Minister Jacinda Ardern, who also confirmed Cabinet would grant $30,000 to a mayoral relief fund for Northland after flooding in the region.

At the May budget there was just over $20.2 billion left unallocated, to give the government room to keep spending on the Covid response and recovery.

Robertson said some of that had since been spent on the likes of extending the wage subsidy scheme and in the health sector, with about $3bn committed to ongoing spending on health, the border and the economic recovery.

"The New Zealand economy is currently doing better than predicted," he said. "However, good progress in New Zealand is contrasted with the situation in the rest of the world."

He warned the global recession was likely to be worse than forecasts had predicted, but said New Zealand was likely to remain with one of the lowest debt situations in the world.

"Today I am confirming the remaining $14 billion of the fund will not be spent prior to the election," Robertson said. 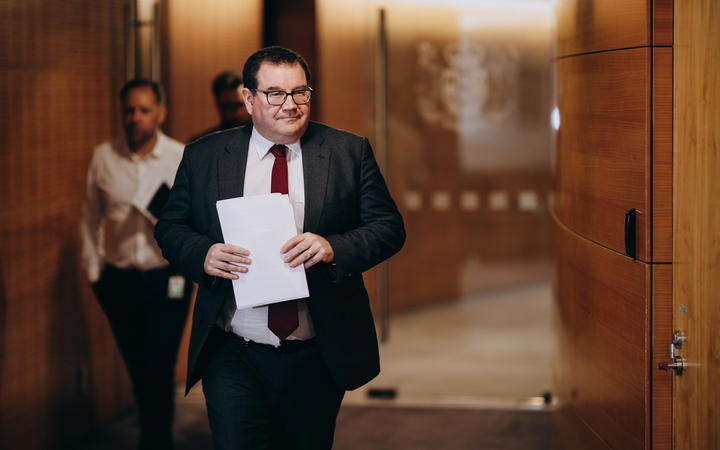 "It will be set aside for any future rainy day ... this means we have money in the back pocket if we need it."

He said it was clear the global pandemic was continuing to grow, and the $14b fund would mean New Zealand could be prepared, potentially, for a second wave.

Robertson said the money would not be spent before the election, and use of it would be bound by the "clearly defined criteria for spending the money".

"If it's not needed, the money will not be spent, it will not be borrowed, and we will have less to repay," he said.

"We cannot predict exactly what lies ahead ... in the face of this, and on-going uncertainty, now is the time to be cautious and keep our powder dry."

He said while no-one wanted to see another outbreak, New Zealand must be prepared "for the worst".

Robertson and Ardern promised in May that the $20bn would only be spent on Covid-related recovery, denying it was a "slush fund" ahead of a general election.

Last week the National Party announced a $31bn infrastructure plan, with some of the money coming from the Covid Recovery Fund.

Robertson said today that the fund was "not there to be used for any old project in the never-never".

"It is to provide support and stimulus to recover and rebuild from Covid-19", he said.

Ardern said low debt had given the country "considerable headroom to stimulate jobs and business". 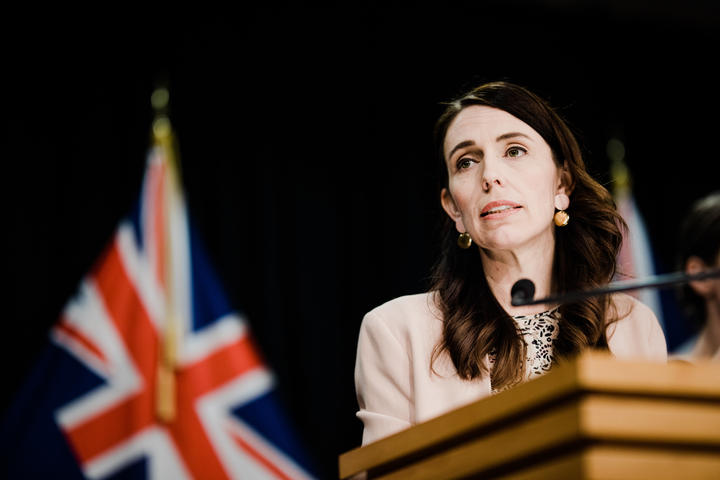 "We will not be a government of austerity," she said. "But we also know that this is debt we will have to pay back ... the currently lessons from looking around the world is that this global pandemic is ongoing."

She said second waves of the Covid-19 coronavirus were putting some countries back into lockdown.

On the resignation of National Rangitata MP Andrew Falloon, Ardern said her government had no more involvement and it was a matter for the National Party now.

Ardern's office was sent information that indicated Falloon had acted in a manner unbecoming of an MP.

She said she did not know, or seek to know, where the correspondence came from and nor did she seek to know the MP involved.

"The detail I had was reasonably limited," she said.

Cabinet had been expected to be discussing whether or not to charge returning New Zealanders for quarantine, but a final decision on any payment was unlikely.

Ardern said the government had not made final decisions on whether to charge returnees, and the first priority was to make sure the facilities were well run.

She said the National Party setting a date on it could trigger a rush of people coming back, which could undermine the facilities.