A world-renowned sleep research centre in Wellington has suffered a funding drop that jeopardises its standing. 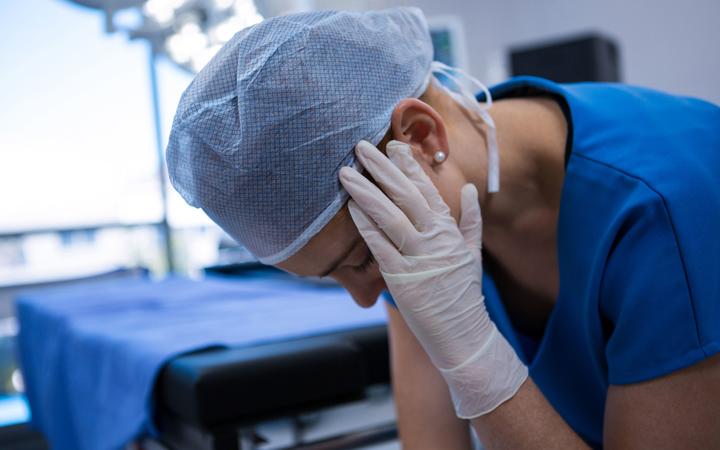 Massey University wants to absorb the Sleep/Wake Research Centre into another department.

A decision is due on 25 August, and staff are being consulted in the meantime about the fate of the small but powerful - and till now standalone - centre.

"The proposal has no intention to change the type of research or the amount of research," a Massey spokesperson said.

But others, including but not limited to the Tertiary Education Union, fear it will, possibly curtailing a pioneering attempt to combat fatigue in public hospitals that was not far away from launching a pilot programme.

"The university should be considering the impact on the nurses and key workers' fatigue research that's happening and what impact staffing changes will have to ensuring that study continues," said Tertiary Education Union organiser at Massey, Heather Warren.

One aim was to let the centre use the College of Health's administration staff, said the university. It declined a taped interview with RNZ.

The 17-year-old centre in Wellington has treated insomnia, studied sleep in pregnancy, and consulted on fatigue in road crashes.

For its cutting-edge project that aims to help exhausted nurses and doctors, three as yet unnamed hospitals were lining up for a pilot, and almost half the country's District Health Boards are on the project advisory group; the New Zealand Nurses Organisation was also on board.

The extent of external backing could safeguard this project.

However, overall, the research centre's revenue had been declining, to below the threshold of about $1 million a year required to be a standalone centre, a Massey spokesperson said.

The salary of an Associate Professor, who was to take over from the director, was underwritten only till October this year.

"While there are a number of external grant applications that have been submitted, it is anticipated there will be insufficient research funds available to continue to operate this research group as a stand-alone University Research Centre from 2021," Massey said in a statement.

The union is sceptical.

"There is the potential there will be disestablished positions and the full-time equivalency of staff employed will drop," Warren said of the confidential proposal document.

In addition, questions remain whether research centres will be required to increase the proportion of external funding they must secure before a project can begin or continue, although Massey said it had not changed those thresholds.

Also, it remains to be seen if researchers would be required to teach more - especially since Massey, to save money under Covid-19 pressure, earlier this year axed many of the casual staff it typically used to cover teaching when researchers are off on a project.

The high stakes of restructuring the centre's work are illustrated by the three-year-old hospital fatigue project, called Safer Nursing 24/7.

Steve Kirby, chair of the College of Critical Care Nurses, said work demands were only growing, exacerbated recently by having to make Covid-19 preparations.

"Because of the pressures that we are working under, there are always occasions when staff will make mistakes," Kirby said.

"Anything that looks objectively at shift work patterns, and that there is a change that is positive for the nurses' wellbeing, would be very much welcomed by all of us."

Project hoped to include doctors in study

A survey for the sleep centre reported a lot more chronic sleep problems for nurses compared to others, and that almost a third reported making mistakes on the job due to tiredness.

The project's new aim had been to expand, to get more funding to include doctors, and not just nurses, in what would eventually be a rollout of safer management in hospitals.

That ambition is now caught up in the ructions at Massey.

A DHB spokesperson said all health boards were fully committed to management of workforce fatigue which was a "very serious" issue.

"DHBs are working with unions to minimise and manage fatigue across the whole workforce.

"One initiative is the research project at Massey, which includes a proposed pilot currently in the planning stages. No pilot sites have been confirmed."

Massey University said it was not anticipated any projects would be at risk, if they were "appropriately funded".

However, long-term external funding of the Sleep/Wake Research Centre was a concern.