Staff on casual contracts at Massey University's science faculties have had their jobs axed with immediate effect as the institution desperately tries to cut costs. 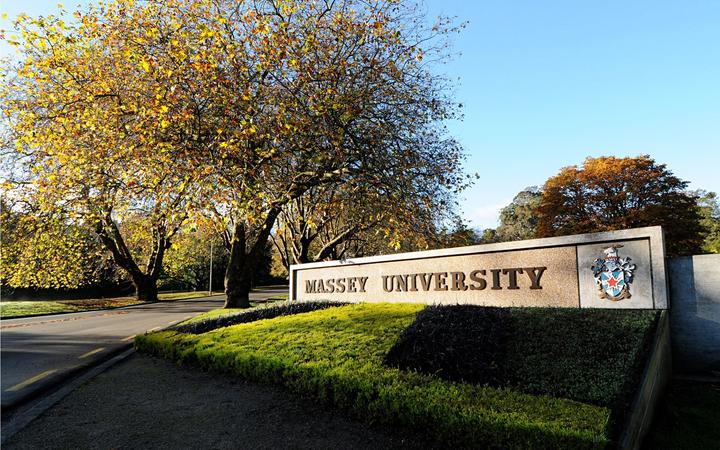 The university is refusing to say how many people are affected.

However, the Tertiary Education Union warned the move would be financially devastating for many individuals, add massively to the workload of permanent staff and downgrade the quality of education generally.

In a memorandum to senior staff on Monday, obtained by RNZ, the pro vice chancellor for the College of Sciences, Ray Geor said the loss of revenue from fee-paying international students would have "a large negative impact" for the whole university.

"You will also be aware that the College of Sciences was not in a good position to begin with at the start of 2020, with our College facing significant projected deficits this year.

"In other words, we have no store of savings on which to draw to cover ourselves in an emergency such as Covid-19."

Following a meeting of the college executive on 21 May, Professor Geor said he had taken the decision to cut all expenditure on casual wages for academic, technical and professional services with immediate effect.

The Tertiary Education Union estimates up to 1200 people are on casual or fixed-term contracts across the whole university.

Political officer Sandra Grey said many were post-graduate or PhD students who were already says "just scraping by".

"And of course some of the fixed-term and casuals are people for whom this is the only contract they could get, so this is their permanent work.

Massey organiser Heather Warren said the lack of consultation or advance warning meant there was no time to get alternative arrangements in place.

It would negatively impact on undergraduates too, she said.

"It has an impact not only on the teaching but also on students who have to interact with staff who don't have the support and resources they would normally have."

Staff on casual contracts at universities do most of the vital academic grunt-work: running tutorials, supervising labs and marking assessments.

In his memorandum, Professor Geor said to avoid overworking permanent staff, the faculty would have to reduce "unnecessary work", re-design assessments, shift more online and potentially cut some courses with low enrolments.

He signalled permanent staff may need to muck in with "low-level tasks" like cleaning and animal care.

"Though staff are not likely to be happy to be asked to share out these tasks, if everyone helps, it should not prove onerous for any individual staff member."

"So what's going to happen is that a whole lot of staff, who are already overworked and tired but have permanent jobs, are going to have to pick up the slack.

"And that's going to impact on their health and wellbeing as well.

It was "particularly unfair" given universities had been guaranteed Government funding for the rest of the year, she said.

However, universities are not being compensated for the lost revenue from international fee-paying students, who are worth about $5 billion a year to the economy.

Grey said previous governments slashed funding for tertiary institutions over the years and forced them to rely on this money.

"Basically trying to use international students as cash cows to prop up our local provision. And it's really problematic at this time because you see this massacre of casuals.

"So that's a position we've been put in by policy - but our institutions need to step up and do better."

Warren agreed the cuts highlighted the problems with funding for the whole tertiary sector.

"Universities have no certainty of funding so it suits them to have all these people on fixed term and casual contracts. And it's mainly women, young people Māori, emerging academics who are most vulnerable and in these really precarious positions."

No-one from Massey was available for interview, nor could the university confirm how many staff were affected nor which departments they worked in.

In a written statement, a university spokesperson said Massey was focused on making sure it remained "financially sustainable" post Covid-19.

"To help alleviate the current financial situation, we have made the difficult decision to cease expenditure on casual staff in some areas of the University.

"We are working with staff and exploring options, and we have had feedback internally that our people are willing to pitch in and help ensure Massey University makes its way through this new and challenging environment in the best shape possible."