Government agency WorkSafe is beginning new research into why so many work-related fatalities involve vehicles.

Safety advocates say it's about time that the role that bad working conditions play in vehicle fatalities is looked at, but it must include better in-depth crash investigations.

WorkSafe in its tender notice said more than 70 percent of work-related fatalities involved vehicles and it needed to understand how "business models and supply chain pressures" factored in, and how to intervene.

The failings were in plain sight, said the editor of Safeguard magazine Peter Bateman.

"The long-distance trucking business to New Zealand is a broken business model," he said.

"The risk has been pushed down the supply chain by the big players until it finally lands up in the driver's cab. So the result has been they are fatigued, they are breaking safety rules simply to make a living."

He said authorities have been blinkered to a lot of what's going on.

"Work-related deaths on the road have fallen between three stools, namely WorkSafe, NZTA and the police, and they've each been pointing at each other in a circle for some years." 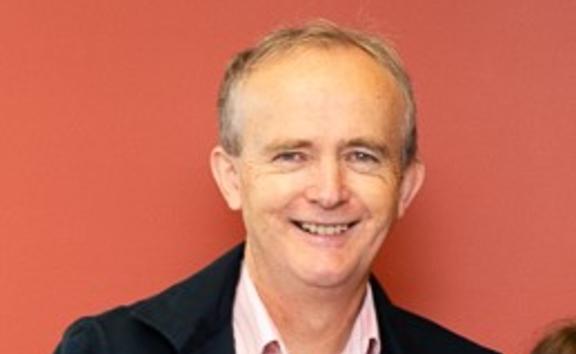 Already, PhD research by Clare George has uncovered disturbing practices; drivers told her: "The dispatcher says, 'Hey look, just drop this one over here'. If you say, 'No, it is out of my hours', then they say, 'Well don't bother coming back next week'."

The new WorkSafe research coincides with the agency adopting a "fuller, more transparent" picture of fatality numbers, by including ACC figures. This has resulted in transportation jumping to the top of the most dangerous sectors.

"There's finally been a recognition ... that road deaths are the leading cause of work-related fatalities," Bateman said, "and that they need to be investigated properly for what are called upstream issues, such as bad working conditions, poor maintenance, fatigue."

But such in-depth investigations have been limited.

For two years up to late 2018, the police had no authority to investigate health and safety factors in road crashes due to a legal mistake.

This period covered crashes such as that of a bus near Gisborne that killed three people, and a Desert Road smash in 2017 when a trucker who had worked long hours rear-ended a car and two children died.

A lobby group said that a lack of police inquiries meant hard evidence about underlying work or industry causes had been lost, and the new research could not get it back.

"There were many, many truck fatalities where nothing was done, no investigation was done," ProDrive's Peter Gallager said.

"So short answer, too little and far too late."

He questions why New Zealand did not adopt Australia's approach, when it had already done the research, and tightened its laws eight years ago.

Instead, it was only now looking at changes under fair trading laws to make drivers' contracts fairer and safer. The government in 2018 promised rigorous analysis of contractor models decried by couriers.

"If this thing remains on the slow boat to China, people are going to die in the meantime," Gallagher said.

The supply chain put unfair pressure on truckies, said the Road Transport Forum, which has asked the government for investigation and reform of rules around the so-called "chain of responsibility".

"The trucking operators are the meat in the sandwich, because they're not naming the terms," Road Transport Forum chief executive Nick Leggett said.

A driver caught up in a long unloading queue at a stockyard for example, would have to wait around, which ate into their mandatory rest-time, which then put pressure on them to make up the time on the road.

The forum spelled out this scenario to Transport Minister Phil Twyford in a letter last year.

"This presents a serious safety issue," it said, because the driver carried the can.

"We believe the clients where the ... problems occur should be held directly liable" - but the wording of the Transport Act made that difficult.