Each winter, a small team of specialist avalanche forecasters begin their vigil to keep people safe while travelling on the Milford Road. 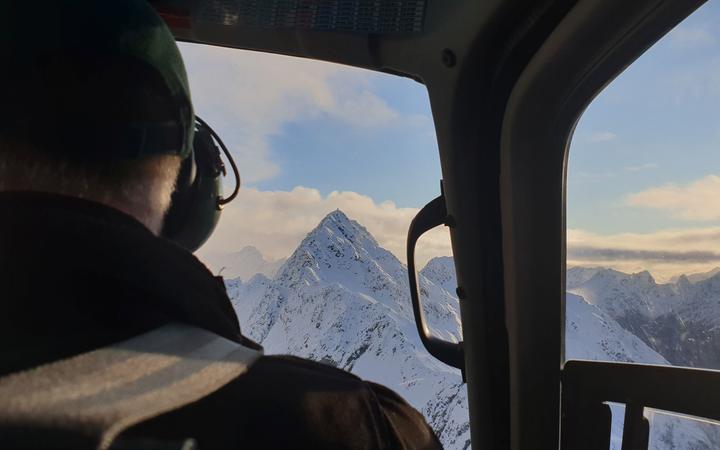 The alpine highway to Milford Sound is home to the country's only public road avalanche programme.

"Many people will visit on a fine sunny day that might be in spring or autumn and they're wondering why we are restricting the road or it's closed. There's no snow on the road," he said.

"But snow for us is not always on the road, snow for us is up in the avalanche zones which you can't see from the main road so it's a hazard that people can't see. Unless they know it's there, they don't really know the hazard."

The avalanche programme has a team of five to six people who monitor and manage a roughly 15 kilometre stretch of road in the avalanches zone. 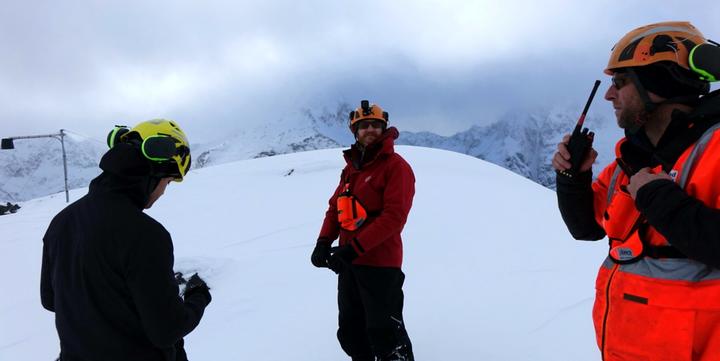 Alpine supervisor Scott Redwood who is in charge of the programme's operations said technicians needed to have 15 to 20 winters' experience to get the job.

Their aim is to keep the people safe and the road open as much as possible during the avalanche season.

In the week RNZ travelled to Fiordland, the region had been hit with heavy rain and snow warnings, and a very limited weather window of a few hours.

But before the wind picked up and with darkened clouds on the horizon, helicopter pilot 'Snow' flew up to Mt Belle weather station perched 1600 metres in the mountain towering over the operations centre within sight of the Homer Saddle and tunnel. 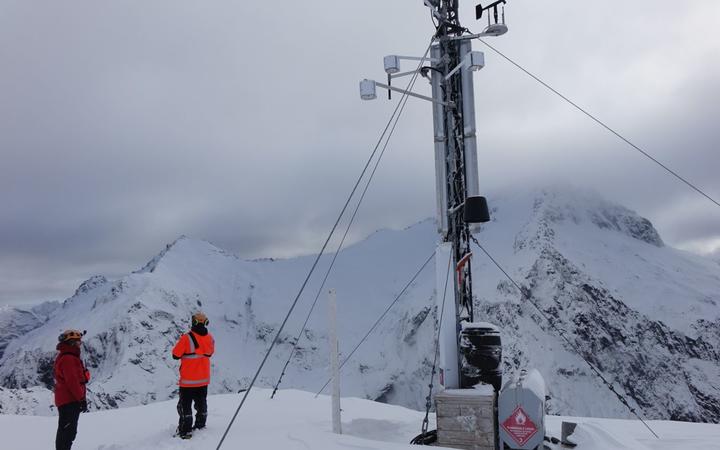 It measures and records data including temperatures, wind speed and direction with a mounted camera so forecasters can get a view of the snowpack.

Twenty centimetres of snowfall can triple or quadruple if wind moves the snow around and creates pockets of dense - often sensitive - snowpack that forecasters need to keep an eye on.

Walking around in minus six degrees with wind chill and dark clouds slowly moving in, Scott Redwood said the weather stations in the area were critical to forecasting as on-the-ground access could be impossible.

"We can log in anywhere, turn it around, zoom in, zoom out, get a bit of a feel for what's going on in the area with certain things in our start zones that we zoom in and look at - snow poles," Redwood said.

"We're watching the snowpack because it's not like a ski field, you can get your feet in the snow every day. A lot of times you can't fly here in a heli, the weather doesn't let you. It becomes a remote forecasting operation."

It's a long day for forecasters who start about 6am and can be on until 7-8pm at night to provide the two avalanche forecasts for the day - signed off by two forecasters and a manager - and continually monitor the conditions and the data provided by weather stations around the area.

"Without these, we'd be dead in the water. We'd be guessing, and it's not a very good game to guess in. You've got to have good hard data and it's got to be reliable." 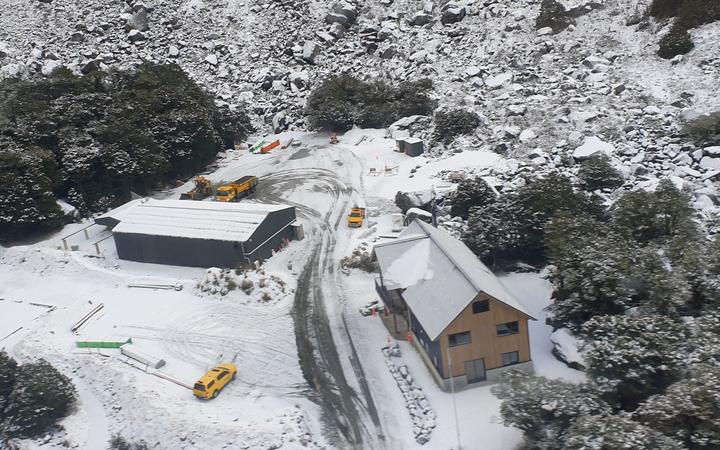 The team's base from which they set out for many long days over the avalanche season. Photo: RNZ / Tess Brunton

The Milford avalanche programme uses lysimeters - specialised equipment that measures how much water is seeping through snow.

If it isn't moving through, the water saturates the snow.

"Wet snow runs at low angles, it runs at 25 odd degrees so a lot of our start zones are steep ... generally wet snow, it's heavy and it's big," Redwood said.

With climate change, he said more avalanche forecast areas would need to start using lysimeters as it was unheard of for most avalanche programmes.

Taking off from Mt Belle, large cliffs loom over the road, but the source of avalanches is set back into the mountainside.

From the top of Mount Cristina - the highest zone to impact the road, avalanches drop up to 1.6 kilometres.

"The air pushed in front of it gets hydrauliced into the flat valley floor and the compression of it just puts a huge air blast out in front of the avalanche. That's what does all the damage around here, and then the debris follows behind," Redwood said. 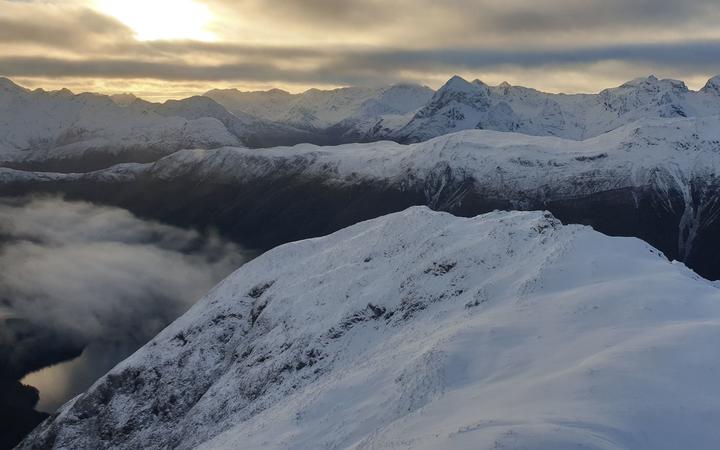 The impact pressure of avalanches can be up to 5000 kilopascals - it only takes 15 kilopascals to break a car's windscreen.

The avalanche team use a range of different methods to manage and control avalanches - from the more passive no stopping signs to keep vehicles moving through avalanche zones or road closures to controlled explosives.

More than two tonnes of explosives are used each season, using helicopters to fly into the higher alpine reaches to throw the 3kg bags onto the hillside, triggering a domino effect as the avalanche builds.

"The key is to get as much down to the valley floor as we can with AC (using explosives) 'cos then it can't hurt anyone down there. Whereas when it's sitting up here, it's sitting on top of a kilometre drop so we're just trying to reduce the risk by removing the volume," Redwood said.

Fiordland weather can be very unforgiving on a bad day with the potential for isolated thunderstorms to sit and stay in the U-shaped valleys.

Thompson said it could be challenging to get a weather window to prevent excess snow from building in the avalanche zone especially when a series of storms swept through. 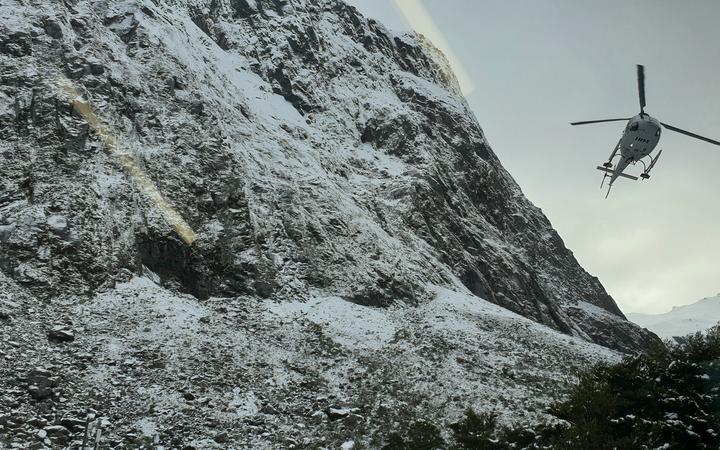 There were also the risks of rockfall, treefall, the enclosed environment of the Homer Tunnel and flooding to contend with, he said.

"Closing the road or changing the conditions of the road, we never do lightly. We know the decisions we make affect road users, park users, the business in and around Milford Sound and Te Anau so that's not only tourism, that's commercial fishing.

"When we make a call, we make it with all of that in mind, but safety drives that - safety of our team and safety of the public."

Communication, team work - including working with MetService and helicopter companies - and trust was key in the high pressure environment, he said.

It has been their responsibility to keep people safe since the programme started in the 1980s, Thompson said.

"Prior to the avalanche programme, people have lost their lives in major avalanches - even during the construction of the tunnel. But since the programme has been operating, there's been no fatalities and our job is to keep it that way."

While for most the avalanche risk is out of sight and out of mind, forecasters are prepared for a busy winter that can extend into November. 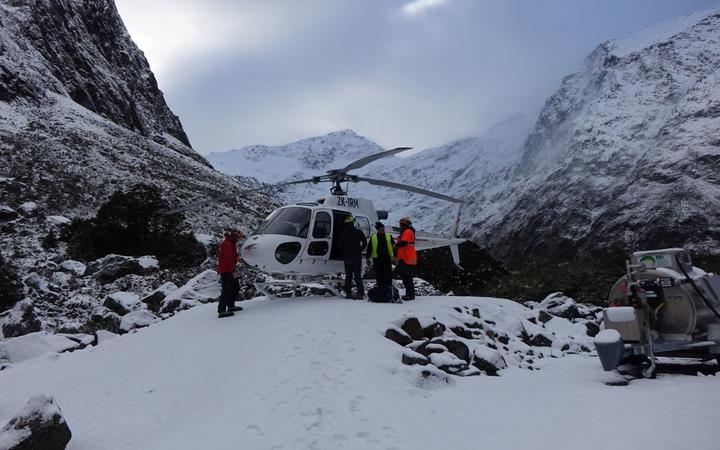