Repair work on one of the country's most isolated highways - the Milford Road - is ongoing with road crews facing challenging conditions as winter wears on.

The only road into Milford Sound was extensively damaged in early February when more than a metre of rain fell in less than three days.

It's since been reopened to the public, with several sections down to one lane, subject to the weather and avalanche risk.

RNZ joined the Milford Road Alliance, a partnership between Waka Kotahi NZ Transport Agency and contractor Downer NZ, to check repairs when the highway faced its first decent snowfall of the winter.

Half an hour from Te Anau, and large, thick snow flakes started falling fast and settling on the Milford Road, getting heavier as the truck moved closer to the Homer Tunnel.

It was closed to the public due to the heavy snow forecast. 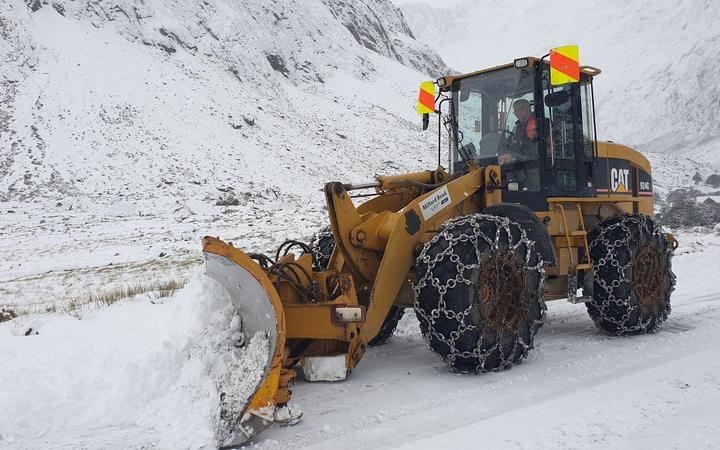 At Cascade Creek campground, the alliance's manager Kevin Thompson checked in on three campervans to tell them the Milford Road was closed from Hollyford and it could be shut closer to Te Anau if the snow got worse.

Not long after, the call was made to close it from the national park boundary about 40 kilometres closer to Te Anau. It includes part of the forest surrounded highway with many branches laden with snow.

Further up the road near the Homer Tunnel, large ploughs with chain-covered wheels sent plumes of snow into the air as they worked to clear the highway.

It's Kyle Hunter's first winter as the Milford Road's maintenance foreman, patrolling the road, monitoring his team and directing traffic. 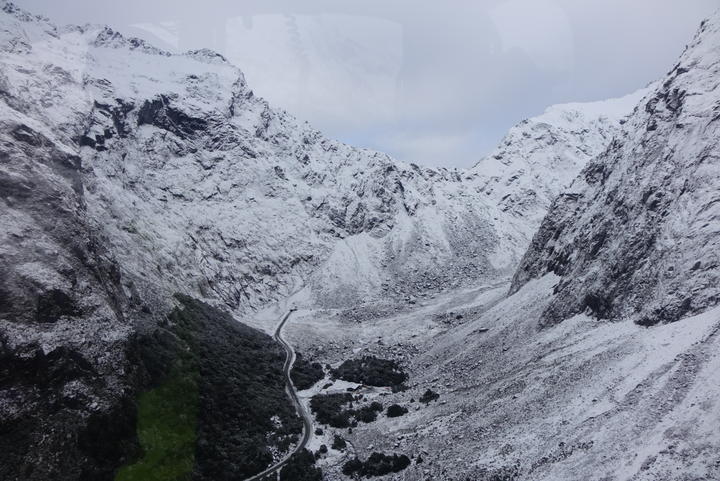 "It's actually pretty good because it's such nice, fluffy powder ... it's not too slippery at the moment, but once we peel it off, it can get quite compacted and start to get quite slick so something to keep an eye on," Hunter said.

Repair work is underway on the Homer Tunnel after a car fire cut power and services that run along the tunnel wall in January.

The government has since earmarked $25 million for the Homer Tunnel to improve its fire safety and control systems, create emergency refuges in the tunnel, and upgrade its surrounding area with a new viewing area, rockfall protection and avalanche mitigation over the next 18 months.

Kevin Thompson said Te Anau should receive a boost from the remote worksite as everything would need to come though the town.

"Accommodation, food, services, materials that we purchase and store has to come through. So while you won't always have direct jobs - because many of them are specialist jobs inside a tunnel - there is a lot of support that goes on and out on the road, which will add to that," he said. 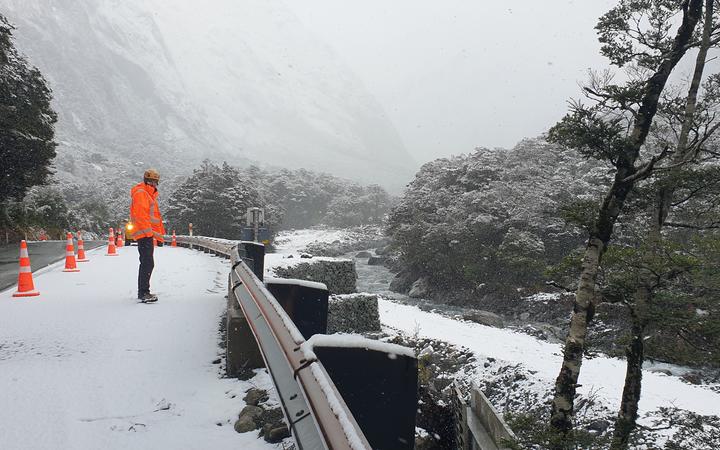 Work is already under way on the upgrades with more feet expected on the ground over the coming months.

Shelley Carran monitors and manages traffic around and in the Homer Tunnel, using the tunnel's PA system, a cameras and thermal imaging usually from the operation centre based near the east entrance.

She's the eyes and ears for the Milford Road Alliance, working with the road crews and avalanche specialists to keep traffic flowing through the avalanche zone and keep motorists and staff safe.

"You have to be aware coming up from Milford, its gradient's quite high so we have a lot of overheating and car issues so we have to make sure if someone's got a problem we're not just letting them go straight inside the tunnel because that's where you can have a fire, that's where we have breakdowns. And a breakdown or fire in the tunnel closes us down until we can get rid of the congestion," Carran said.

During peak visitor season, she said the traffic could be hectic between 7am and 8pm with over 1000 vehicles a day.

"You can't miss anything. You've got queues of maybe 30 to 50 vehicles on either side so that's a whole tunnel back-to-back. So in summer, you have to be more aware to check every vehicle as it goes in because that one vehicle if you've got 20 vehicles behind it? That's your tunnel if it breaks down, it's completely blocked and you've got to try and get people out," Carran said.

Speaking to RNZ the day before the closure, Carran soon had another challenge on her hands.

A campervan pulled up at the traffic signal near the east entrance to the tunnel, but when the light turned green, the driver reversed backwards and ran down to the operations centre down the road.

In summer, this happens weekly.

Milford has emergency fuel, but Carran said different weather could prevent people from paying by card as it messed with the satellite signal. 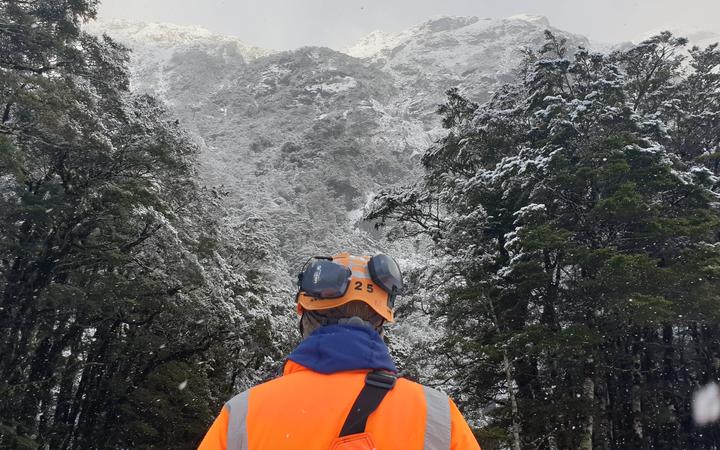 As the road was due to close within a couple of hours, the Milford Road Alliance gave the driver enough fuel to get back to Te Anau before the snow hit, when he'd usually need to use their satellite phone to call for help.

"No one knows how isolated the Milford Road really is. We've got toilets halfway off the road but people are used to having stop-offs where you can get fuel if you need it or phones, and I think people sometimes come up maybe not prepared."

On the drive back towards Te Anau, Thompson stopped and pointed out damaged sections including a gabion wall - rock-filled mesh baskets that create a barrier between the road and river.

Work is underway on concrete foundations, gabion walls and other barriers, but much of the repair work is now hidden from the road.

An access road has been created on the riverbed to allow workers to continue repairs without impacting traffic.

"The river does move around. We've trained it onto the other side at the moment, but it will take its natural course over time. We'll pull out the stuff around our job but then nature will take its course and the river will take its river bed back," he said.

"They take time and they rely on access to the river so we'll progressively get to those and once another month or so passes, we'll be into - I would hope - a good process of construction as we get out of the riverbed and the walls start to climb."

The snow had melted along some sections of the road, but more was expected later that afternoon.

Contractor Downer has between 15 to 30 people work on the various roading upgrades each day, but that depends on the conditions.

"The major damage... occurred during the February flood. It's sort of the bank below the highway, our walls were damaged and a number were removed completely so it's about preventing the highway falling into the river and protecting it for the future."

While the repair work is expected to take roughly another 12 months depending on the weather, Milford Sound is open and ready for business.