Fiordland is facing up to 40 percent unemployment, with many tourism business saying they're unsure about their future.

This year the region has been hit by severe flooding that cut access to Milford Sound during peak season, before losing the Chinese tourist market, then all visitors due to Covid-19.

Traditionally about three-quarters of Fiordland's visitors are from overseas.

Kiwi Country owner John Greaney has lost about 90 percent of his income in the wake of the floods and Covid-19.

He didn't notice much of a difference over the school holidays in Te Anau.

"I was in Queenstown, you couldn't move. It was absolutely insane - cafes, shops, everything, streets full of people. Came back to Te Anau, none. They just didn't come here," Greaney said.

He was trying to stay positive and protect his staff while facing some harsh realities.

"I could lose everything, 45 years of business. I could have the banks come and sell me up. That's what I'm looking at."

Fiordland Jet co-owner Chris Adams said the school holidays were hit and miss in the region.

"We want to keep it going, we will try to keep it going the best way we can. But it is whether we can keep all our staff on, keep the jobs security. They've got families in Te Anau.

"If we haven't got people coming through our doors, the restaurants aren't getting people, the hotels, the motels, the flow-on effect, the shops won't stay open. We don't want a ghost town when people turn back up," Adams said.

He was tired of hearing about big operators like AJ Hackett Bungy receiving large funding boosts, saying the money would be better spent by spreading it in a region like Fiordland and across smaller businesses.

"We genuinely have no idea. Once the wage subsidy's gone off, I don't know how places like Te Anau can survive. We've all done well, we've kept our staff on wherever we can.

"We don't know who's coming, we don't think the bubble's going to open any day soon. Probably definitely not this year. So it's going to be a matter of just dipping into our own pockets to keep our staff going and we haven't been supported by the government in Te Anau and Fiordland. We've been let down."

Trips and Tramps co-owner Steve Norris said June and July had been good for visitors, but now they were preparing for fewer visitors and the loss of the wage subsidy. 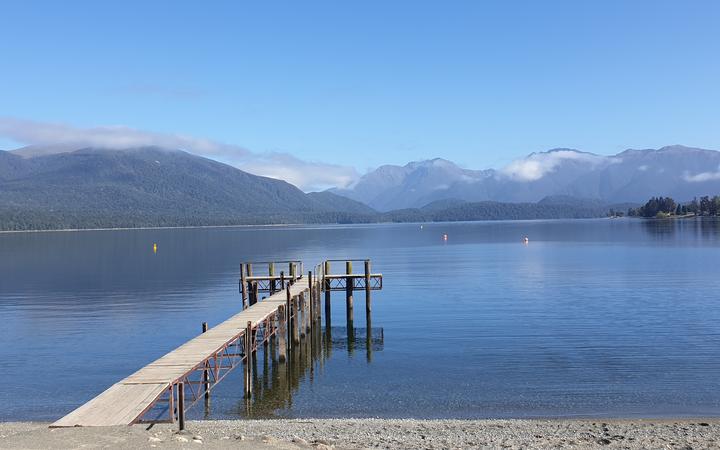 The subsidy has been a saving grace for many businesses, but the government isn't planning to extend it again and most in Te Anau would see it run out next month.

"A town like Te Anau is used to being quiet in the winter so the real reality is going to hit October onwards. You know like 90 to 95 percent of our business is international in the summer months, and whilst there is definitely going to be some more Kiwis around, travelling particularly in December/January, the school holidays ... it's not going to be 90 percent. A good result's going to be maybe 15 to 20 percent," Norris said.

He was optimistic they would remain open but said lots of businesses would look to close their doors if the situation didn't improve over the next 12 months.

"The summer ahead, it would be great if some borders open. But in a year's time, if there have been no borders and no signs of any borders opening in the six to nine months ahead, that's when it's gonna turn to tears."

Destination Fiordland was expecting the region would have similar visitor numbers over the school holidays as previous years.

Its manager Madeleine Peacock said they were preparing for a tough slog with fewer visitors and some residents leaving the region.

One of the best ways to support the region was for people to stay and spend there, and work was underway to encourage people to visit and promote Te Anau as the base for Fiordland adventures, Peacock said.

Reopening the flood-damaged Milford and Routeburn tracks would also make a big difference, she said.

In May, the government announced more than $13 million from the Budget would go towards repairing and opening them up this summer.

Department of Conservation Fiordland principal recreation and historic ranger Grant Tremain said that was on track - as long as the weather played ball, but it was a battle of logistics.

"You can imagine building a hut is quite different from building a house in town ... imagine you're building your house and going to Placemakers two or three times, you know that's the level of organisation and planning that's needed just to carry work out in Fiordland where you have to take everything in.

"Most of our areas are remote so the use of helicopters and walking to affect the repairs and buildings is a real challenge logistically."

It was unclear how many workers around Fiordland would benefit from the trackwork, but Tremain said DOC was expecting to have more details, especially on the timeframe, by the end of the week.

While Fiordland businesses face an unknown future, they're planning to fight to stay open and continue welcoming visitors to their region.