Friends and family have been remembering police officer Constable Matthew Hunt, who died while on duty last month. 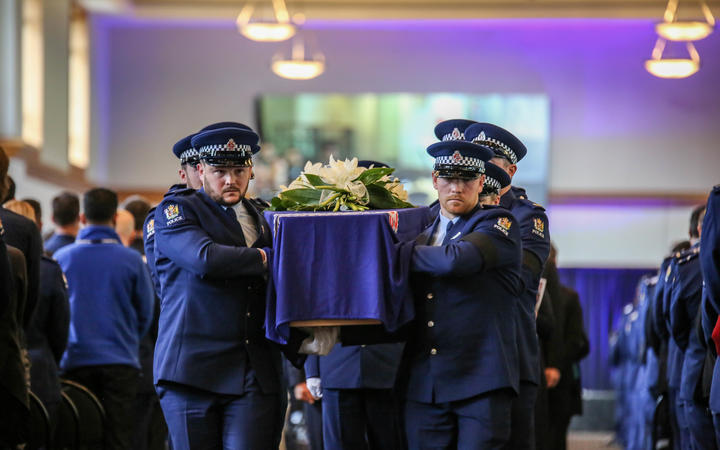 The funeral was at Eden Park in Auckland, and was livestreamed.

The 28-year-old Waitematā police officer was shot dead on 19 June during a routine traffic stop in the Auckland suburb of Massey.

The funeral was a private one for family, friends and colleagues but last week police said that Hunt's family had been overwhelmed by the support from across the country and agreed to share the officer's farewell via livestream on the police website.

The funeral was streamed here:

A motorcade, including the hearse carrying the officer's body, arrived at Eden Park about 10am this morning.

The police Eagle helicopter did a flyover of the stadium, and the flag is flying at half mast. 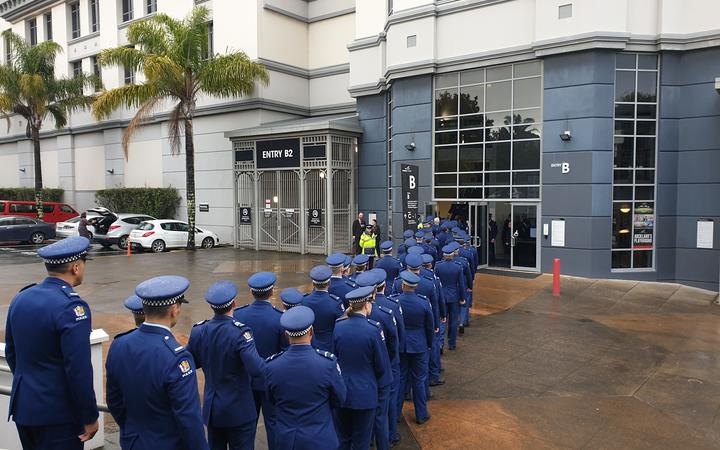 "We won't forget that he loved his job serving his community.

"He lived the police values and seized the opportunities the police gave him to make a difference.

"Like his colleagues Matt was an ordinary person doing extraordinary things."

"We are appalled by the senseless taking of a young life in the sort of circumstances that keep police awake at night." 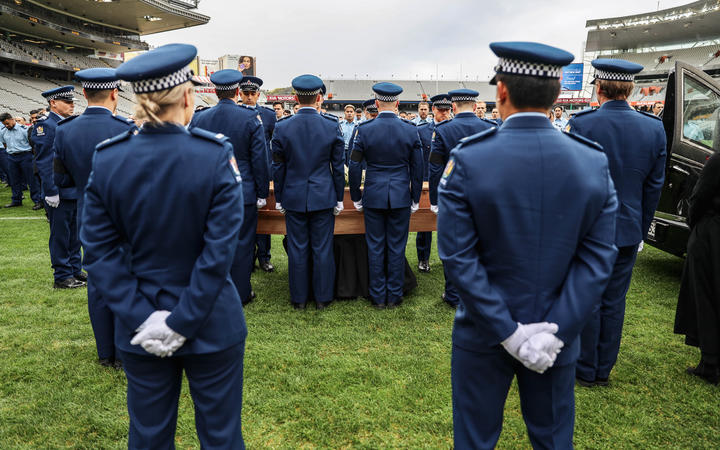 Coster also paid tribute to the other officer who was wounded in the incident on 19 June.

"I commend you for your bravery and doing all that you could in that horrendous situation."

"No mother would want to be in the position I find myself in today," she said.

She said he had always loved sport, whether watching it or playing it.

"I saw the young man that he was to become through his early sporting interactions, passing the soccer ball so that another team member could score goal, shaking the hand of a competitor as soon as he realised he'd beaten them, allowing others to take the winning trophy to the school principal."

His mother said he had expressed his desire to join the police from a very young age and that had never wavered. 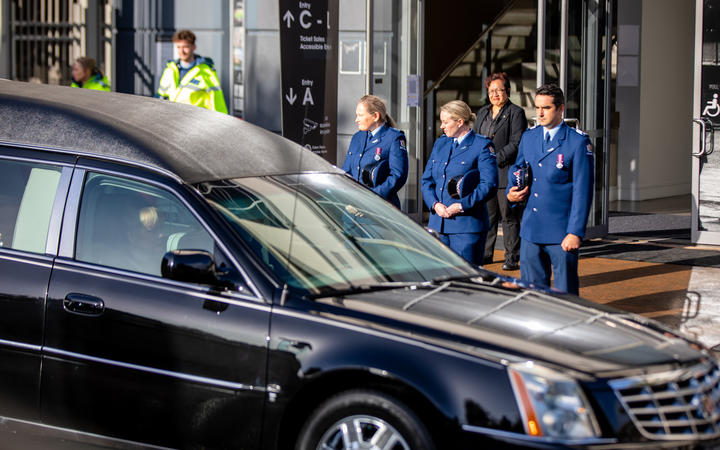 The funeral had to be delayed after family members who arrived from overseas to attend the ceremony had to go in to isolation due to Covid-19 requirements.

Shane McLennan said Matt was a childhood friend, had been best man at his wedding and who had flatted with him and his wife for two years.

"Matt had this ability that he could make connections with people so easily."

They shared a passion for golf and good food, particularly dumplings.

McLennan said they last caught up on 15 March where they "talked about having coffee and golf on Matt's day off, now it's something I can just dream of".

Another friend, who had gone on an OE with Matt, described him as a humble man who would not like the fuss that was now being made of him.

Matt was described as a supportive, dedicated, loyal and encouraging friend.

"No 28-year-old should have to speak at their best friend's funeral, but mate we agreed that one day we would speak at each other's weddings, so it is only fitting that I should stand here and let you know how much you mean to me," another of his friend's said.

He said it was no surprise that Matt was a great police officer, because first you have to be a great human.

Hunt's mother and sister were presented with the police flag by commissioner Andrew Coster.

Dozens of officers then performed the police haka - 'Ko Te Uru Pounamu' - on the pitch at Eden Park.

Last month police across the country held a minute of silence in honour of Constable Hunt and there was a wreath laying at The Memorial Wall at the Police College in Porirua.

Waitematā District Commander Superintendent Naila Hassan earlier described Hunt as "an outstanding police officer" who would "be sorely missed by us all."

Two people have been charged in relation to his death - a man, 24, charged with murder, attempted murder and dangerous driving and a woman, 30, charged with being an accessory to murder appeared in the High Court at Auckland yesterday.

The pair both have name suppression and both pleaded not guilty through their lawyers.