Police across the country have held a one minute's silence in honour of Constable Matthew Hunt, who was fatally shot last week on duty. 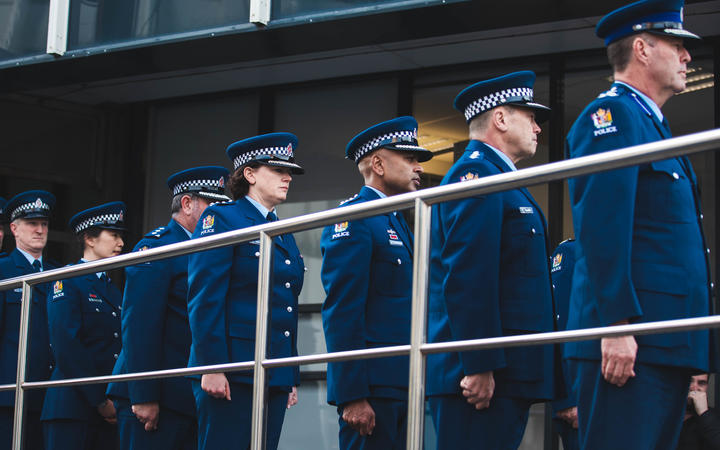 Commissioner Andrew Coster ordered all police flags to be flown at half mast throughout the day out of respect to Hunt.

"A week on from an event none of us ever want or should experience, police is pausing to remember the ultimate sacrifice of one of our own," Coster said.

He encouraged each district to mark the occasion appropriate to them. 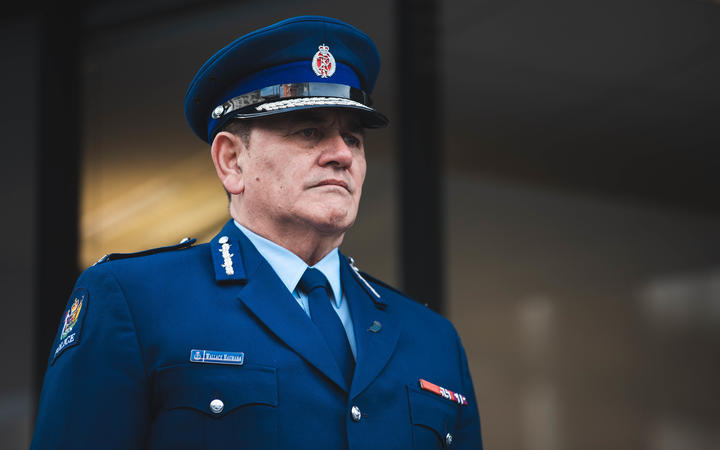 Police Deputy Commissioner Wally Haumaha led a small group of officers by the flagpole outside the National Headquarters in a minute of silence in honour of Constable Matthew Hunt. Photo: RNZ / Samuel Rillstone

There have been a number of tributes already paid to Matthew Hunt, with the Massey community coming together and creating a flower wall at the Henderson Police Station.

Two people have appeared in court in connection with the shooting.

At the Memorial Wall at the Royal New Zealand Police College in Porirua, staff and recruits gathered for a wreath laying and a minute of silence.

In Wellington, Deputy Commissioner Wally Haumaha led a small group of officers by the flagpole outside the National Headquarters, with office staff gathered nearby also. 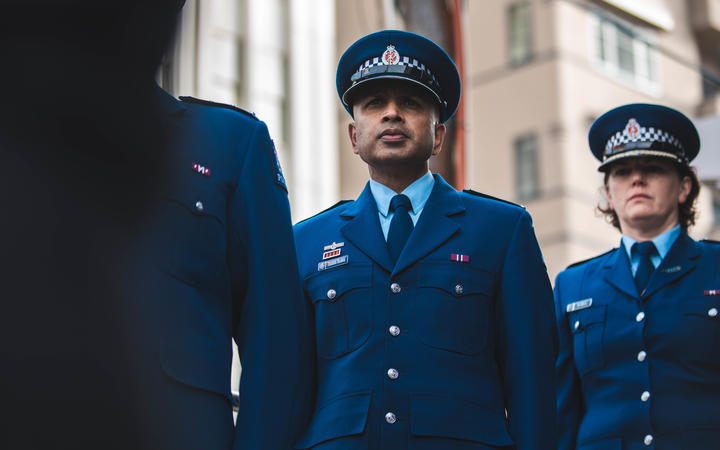 Speaking after, Haumaha said holding a memorial for Hunt was important to officers, who have been affected by his death.

"It's a very sad occasion for all of us, and to come together all around the country in remembrance of Matthew, is part of the healing process for a lot of our staff, who are feeling the loss and thinking about the tragedy as it occurred at 10.37 last Friday.

"I'm really proud of our communities from Northland to Southland. The messages of support, the outpouring of grief, the anger, the respect has just been enormous, from all four winds of this country."

He said it would be up to the family of Hunt whether the police was involved with his funeral or not.

Police are currently staying in regular contact with the family. The Waitematā District Commander and all officers are working closely together.

Currently, the officer who was injured at the same time has been discharged from hospital, but remains off work. Haumaha said he was receiving a lot of support from his colleagues and the district commander.