The officer injured during Friday's fatal shooting in West Auckland was shot at more than a dozen times, RNZ understands.

Police officers and a cordon near the scene of the shooting in Massey, West Auckland, on Friday. Photo: RNZ / Simon Rogers

Constable Matthew Hunt, 28, was shot dead during a routine traffic stop on Friday.

The other officer, who was shot in the leg, was fired on more than a dozen times, RNZ has been told.

According to sources, Constable Hunt was in the front passenger seat of the police car and the second officer was driving.

Both were shot after failing to stop a vehicle around 10.30am on Friday.

As they approached, a man got out armed with a long-barrelled gun and opened fire.

A karakia at the scene of the shooting on Reynella Drive in Massey yesterday afternoon was attended by police staff, Matthew Hunt's family and members of the community. 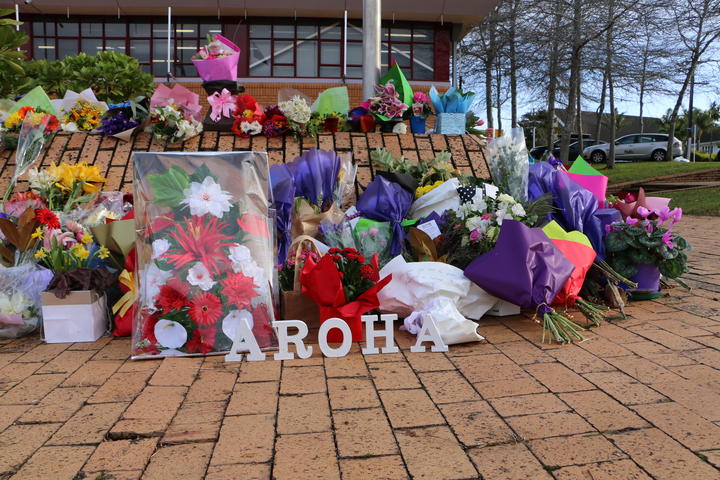 Waitematā District Commander Superintendent Naila Hassan told Morning Report today that the funeral of the Matthew Hunt has had to be delayed.

She said family members from overseas had been sent to isolation as per the requirements, pushing back the funeral.

They had to be transferred to Rotorua after Auckland's isolation facilities reached capacity.

"It's really difficult for the family coming into managed isolation," Hassan said.

Hunt had recently moved to the Waitematā Road Policing Team, after two years as a frontline officer at Ōrewa and Helensville Stations. The tight-knit team in Ōrewa were hit hard by the news, Hassan said.

A 24-year-old man appeared in the Waitakere District Court on Saturday charged with murder, attempted murder and dangerous driving.

A 30-year-old woman was appearing in the court this morning, charged with being an accessory to murder.