The Waitematā police district commander says the funeral of the officer who died in a shooting in West Auckland last week has had to be delayed.

Constable Matthew Hunt, 28, was shot dead during a routine traffic stop on Friday. Two vehicles were involved; the first crashed just before the shooting, and the second, with another driver, was used to flee the scene.

Waitematā District Commander Superintendent Naila Hassan told Morning Report that family members from overseas had been sent to isolation as per the requirements, pushing back the funeral.

They had to be transferred to Rotorua after Auckland's isolation facilities reached capacity.

"It's really difficult for the family coming into managed isolation," Hassan said.

"I have been speaking to the family directly, I do have liaison officers assigned to specific family as they come in to the country. We are doing everything we can as an organisation to be the best we can be within the restrictions and the role we have as New Zealand Police.

"I understand they are in Rotorua, to say whether they're okay is probably not my position, you can imagine they'd rather be here. They'd rather be with the family that is here."

Although it was an unfortunate situation, as with all other arrivals to country, the Covid-19 restrictions still applied, Hassan said.

A karakia at the scene of the shooting on Reynella Drive in Massey yesterday afternoon was attended by police staff, Matthew Hunt's family and members of the community. 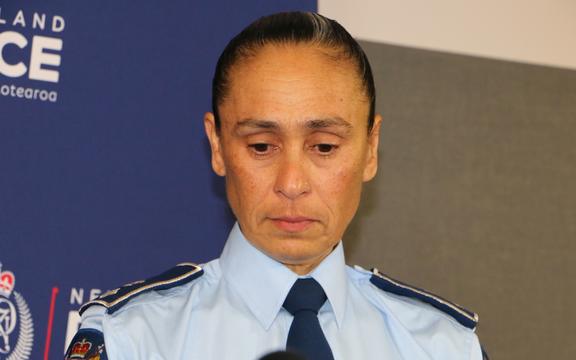 Hassan said devastated would be an understatement to describe their emotions now, and they had taken the time to wrap their arms around the family too.

"Matthew's mum, as you can imagine, is just devastated. It's going to take a long, long time for us manoeuvre our way through coming out the other side of this. Right now, it's just covered in fog.

"It's been a long time [since the last officer's death in the line of duty], so the majority of our staff would never have been thankfully through anything like this in their career, so it is such a difficult time. It's felt right across the organisation, an event like this."

Hunt had recently moved to the Waitematā Road Policing Team, after two years as a frontline officer at Ōrewa and Helensville Stations.

The tight-knit team in Ōrewa were hit hard by the news, Hassan said.

"They really are feeling it, they're all young up there. Fortunately, they've got some great leadership with Inspector Mark Fergus who has really wrapped around them from the moment this happened, I've been up and visited them on the day as well and met with them."

Hassan said Hunt was an incredible person who had shown "a huge potential".

"He was one of those quiet, kind, organised young men."

A 24-year-old man appeared in the Waitakere District Court on Saturday charged with murder, attempted murder and dangerous driving.

A 30-year-old woman is expected to appear this morning, charged with being an accessory to murder.

At the Henderson Police Station, the flags are being flown at half mast and locals have continuing to stop by - leaving flowers and paying their respects. 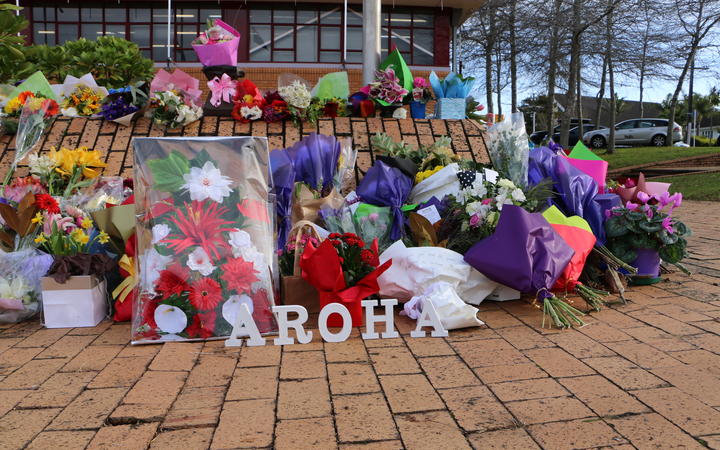 About 50 members of an Avondale youth group turned up outside the police station yesterday afternoon to show their support.

One of the group's leaders, Marcel, said the shooting had hit their community hard .

"We felt a strong obligation to show support especially for the family, and not only that but his colleagues here because the police are like family in of itself."

Marcel said many of those in his group know what it was like to go through tough times.

"Pretty much 90 percent of our group here have come from rough backgrounds. A lot of us have experienced near-death experiences and even attempted suicide, I'm just being real honest because that's the sort of organisation we came from. But we don't hide those scars, and things like this hit close to home because no-one likes to lose anyone, it's not an easy thing to go through."

As the group sang, police officers watched from the station windows, recording videos on their phones.

Locals who had come to drop off flowers stayed to listen, and people living nearby watched from their front doors.

"We were up in my office just now, and we heard the dulcet tones and we thought we have got to get down there. Our hearts are broken but at a time like this, they're just filled with so much faith that there's so much good out there."

Fern Maxwell and her family visited the police station yesterday afternoon, to drop off a bunch of flowers in the courtyard outside.

"I think it's just such a shock, my father is in the police back in the UK."

Maxwell said she had been in New Zealand nine years, and she never expected something like this to happen in her community.

"You just don't hear about that in New Zealand. In the UK, it feels like stuff like this happens quite a lot, maybe not to the police, but in terms of gun crime that's something that happens more often than you'd like."

Hassan said the growing wall of flowers outside the police station and the outpouring of support from people across the country had been overwhelming.

"Our people are just so humbled by the generosity of the community, it's the flowers, the phone calls, the emails, the cakes and biscuits and little cards written by kids."

She told Morning Report today that a local church group had also gone to the outside of the station yesterday to sing some songs.

"I'm reading some of those cards from little kids, and it's just incredible. When we talk about having the consent of the community, you really do feel you really have that at a time like that."