A historic Christchurch theatre and neighbouring properties are set to go under the hammer in August. 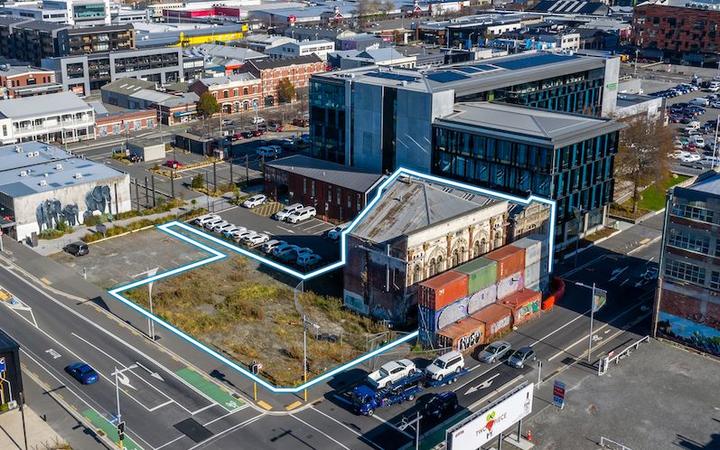 Aerial view of the Odeon Theatre in Christchurch. Photo: Supplied

The former Odeon Theatre is a Category 1 heritage building - which was designed in 1883 as a public theatre and hall, before being transformed into a vaudeville venue, cinema and church.

Some parts of the theatre were demolished due to safety concerns in 2012 following earthquake damage.

Colliers International will host the auction on 13 August. 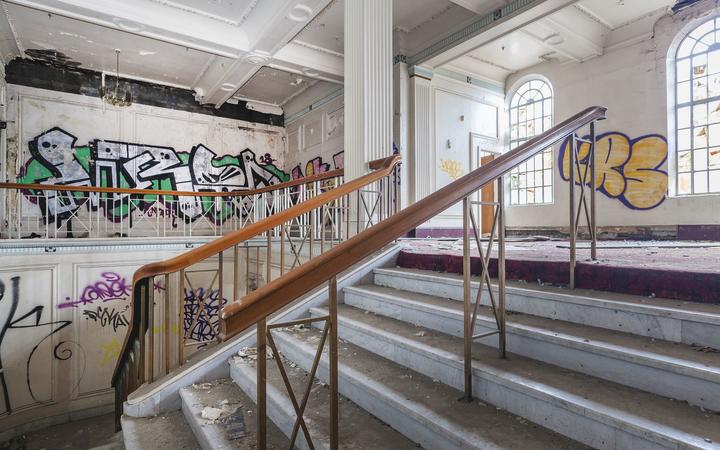 Inside the Odeon Theatre. Photo: Supplied

Its investment sales broker Courtney Doig said the majority of heritage buildings that survived the earthquakes had been sold.

"These much-admired properties echo Christchurch's heritage and are beckoning for sensitive restoration while the adjacent land is ripe for development. The central city mixed-use zoning allows for a diverse range of uses," Doig said.

"These fine examples are worthy of the true collector restoring them to their true potential. All engineering documentation is available to qualified buyers with the skillset required to return these stunning buildings to their former glory." 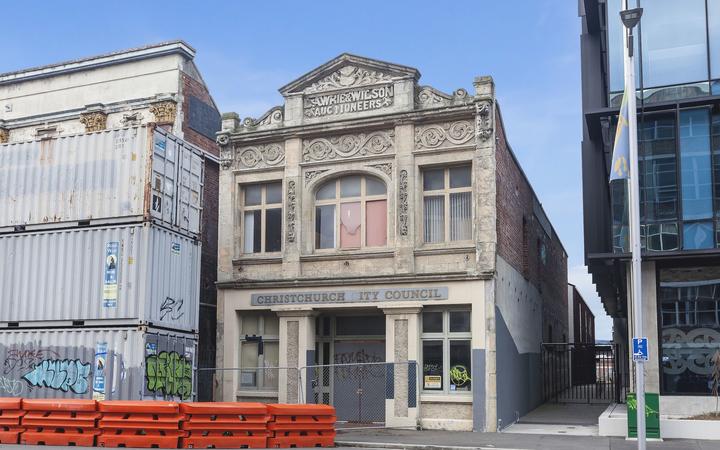 The Lawrie & Wilson Auctioneers property dates back to 1911 and was bought by the Christchurch City Council in 1985.

"This is a proposition for those who want to give something back to Christchurch by rejuvenating a hidden treasure on one of the city's most prominent intersections," Beal said.

"Much of Christchurch now has a shiny new face, so the opportunity to apply your skills and vision to not one but two buildings with the architectural and historic presence of the Odeon Theatre and Laurie Wilson building will not come again."