A Christchurch council organisation set up to promote regeneration of earthquake-damaged areas is defending its work to revitalise the seaside suburb of New Brighton. 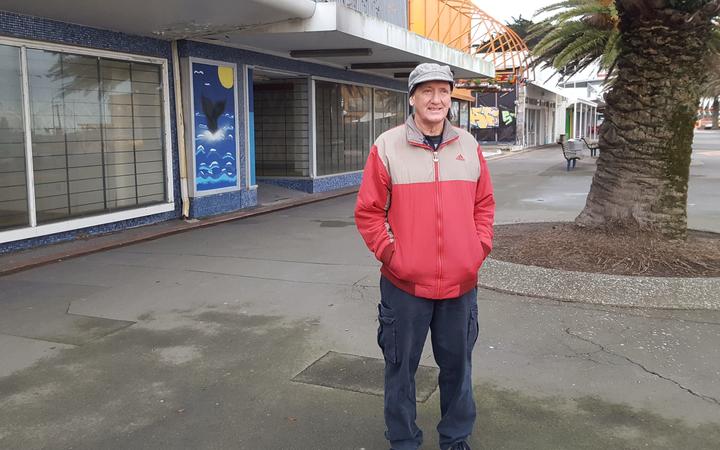 The New Brighton Residents Association said big promises were made about improving the suburb's shopping area but little has been achieved in the almost five years that Development Christchurch Limited (DCL) had been working on the project.

"Nearly five years later and I don't know how many million dollars, what are we looking at? Not much progress. And we can't even get information about what they have achieved and what is in the pipeline, and whether they have actually managed to get something off the ground. Doesn't look like it from where I'm standing.

"We should have a retail sector that is buzzy, that is vibrant, that is really doing stuff," Donovan said, "but we see nothing, there is nothing happening down there at all. It should be the conduit, where people are going to or coming from but they're not."

Development Christchurch Limited's chief executive Rob Hall said the organisation had led investment of $24 million into New Brighton, with a focus on the foreshore hot pools and playground.

Hall said his organisation did not own the property in the mall so was not in a position to lead a major redevelopment.

He said progress in the shopping area was always dependent on land owners' co-operation.

"We don't have access to compulsory acquisition powers, and it's always going to be a tricky one to compulsorily acquire private businesses and land to then move to other private ownership for development.

"That mall regeneration is always going to be challenging if the expectation is that the public sector do all of it."

Hall said DCL had been working closely with several private parties to support upcoming projects in the commercial area and to help make them happen.

"We're also pursuing housing developments in nearby sites to bring more foot traffic to the mall and support landowners on their own developments," he said.

"We know that regeneration takes time, and because of confidentiality issues when working with private parties we're not always able to share the detail.

"We are providing regular updates to our community partners and the local board and things are starting to happen in the area."