An independent report into WorkSafe has found multiple failings in the way the agency investigates deaths and injuries on the job.

Still, it says the investigations are on the whole, "good quality". 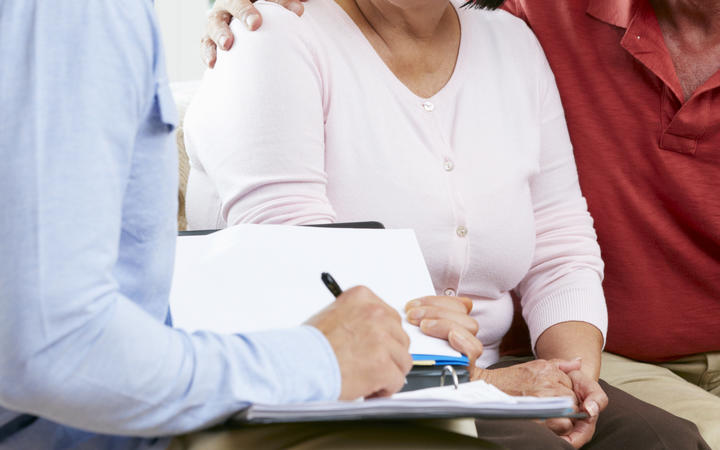 However, in a response to the mid-2019 independent review - released only now under the Official Information Act to RNZ - WorkSafe has concluded its methods are, in fact, "outdated" and reliant on old technology.

A father whose daughter was hit by a truck said this married up with his own bad experience; but another grieving parent said with the hope of real change, he could now stop "hating" the agency.

Public dissatisfaction with WorkSafe investigations and lack of prosecutions has run deep for years.

Lawyers have asked why numbers of investigations and prosecutions have dropped since health and safety at work laws were toughened up in 2015/16. 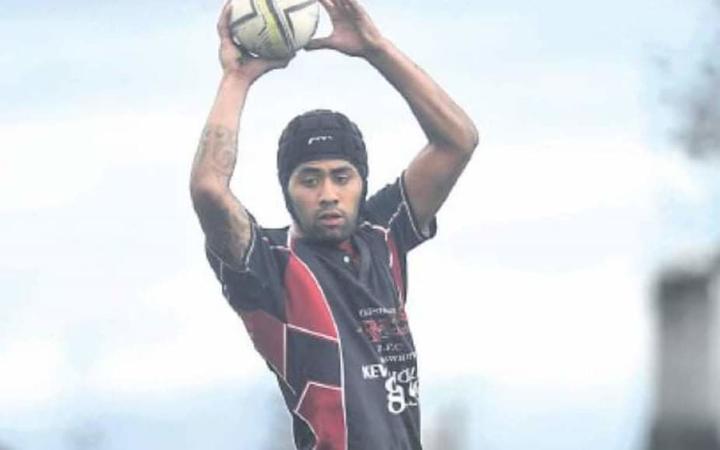 Richard Brooking of Te Araroa is deeply unhappy about the inquiry into his son Niko's death at a forestry site in 2016.

"Seemed to me ... we should just be pushed under the mat," Brooking said.

The primary investigator was inexperienced in forestry, he added.

"We were expected to take what was said from them - there's no prosecution. It's kind of like it's your son's fault.

"WorkSafe was judge and jury."

Now, a critical report that WorkSafe commissioned into the Niko Brooking-Hodgson case, and four other investigations, has come to light.

Among the shortcomings it found are:

Dion Neems of Gisborne has experienced this firsthand, in the investigation into how his six-year-old daughter Carla was run over by a rubbish truck three years ago.

"It's cold comfort, to now find out that the concerns that our family had about the investigation process at WorkSafe are now a reality, that they really weren't up to the task," Neems said.

"It's really hard to take because we were made to feel like we were the bad guys here - that this was the process, this was normal." 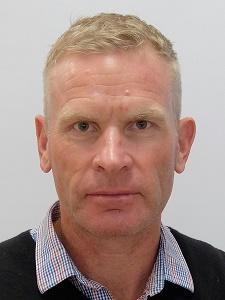 Neems went so far as to hire a top lawyer, a QC, when he felt WorkSafe was going to go soft at the inquest.

This was the only reason they finally won a recommendation for all rubbish trucks to be fitted with pedestrian sensors, he said.

"Like other families, we've put our trust in these people, to be the regulator, the overseer of health and safety for New Zealand.

"And all they've done is let us all down and then come back to us and say, 'Oh well, we've realised now that we need to make improvements'." 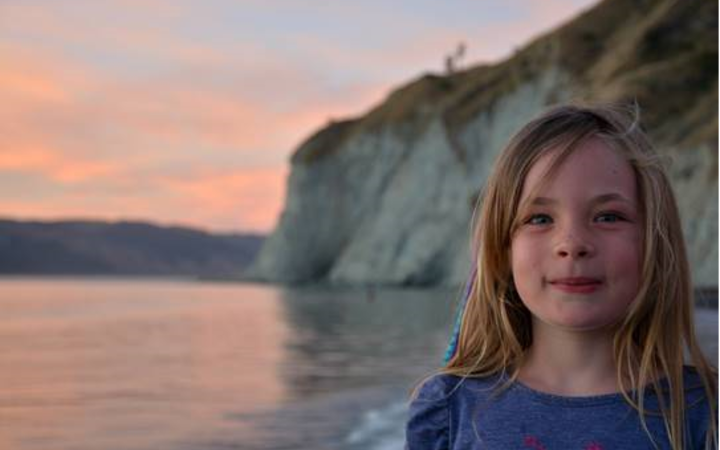 Carla Neems was killed when she was hit by a rubbish truck on her way home from school Photo: SUPPLIED

Neems wants formal apologies handed out to families caught up in this since 2016.

That won't be forthcoming.

But he rejected any suggestion the report, by consultant Gavin Jones, described years of under-performance; rather, the agency had continually improved since being set up in 2013, he said.

"We win 90 percent of every prosecution that we take.

"This is an opportunity to go from good to great.

"I absolutely acknowledge there are improvements to be made but there's nothing in the Jones' report that suggests that we're not doing a good job in this space," Parkes said.

WorkSafe has been doing fewer investigations but taking many more enforcement actions - 12,000 last year, five times more than in 2016. It has said it is being more efficient, for instance, by doing 300 reviews of companies that resulted in improvements almost all the time.

However there was not a lot of point in doing a six-to-12 month investigation if it was clear the evidence would not be available to take a prosecution, he said.

At the same time, it has previously admitted it has been undercounting workplace deaths and is bringing in better technology to reverse its data deficiencies.

The 2019 Jones report said investigations such as the Brooking-Hodgson one were adequate; but it also rated six out of 10 investigation practices at WorkSafe as "below standard", including:

It rated three as adequate, and just one category as good - and even for that one, it is noted that investigators do not do scene reconstructions even though they are very useful.

Supervision and record keeping was rated adequate, yet the assessor said: "There was a notable absence of evidence suggesting supervisory oversight or guidance during the course of each investigation.

"In cases of this type and complexity I would have expected to find strong evidence of supervisory oversight."

"Although WorkSafe does operate a centralised computer system, it is not fit for purpose for recording and managing investigations."

There was no routine debriefing though these were one of the best ways of avoiding repeating mistakes.

Parkes initially said of victim interactions, "I'm really proud of the work these investigators do, it's a really tough job".

"They have to be support to the victims... they also have to be hard-nosed investigators who follow the facts and make sure all the information is submitted to the court, and I think they do an outstanding job."

But challenged on the fact that the agency's own management response to the Jones review said that inspectors were untrained in victim support, especially in fatality or serious harm cases, and had "significant stress" put on them in terms of managing victims, he responded: 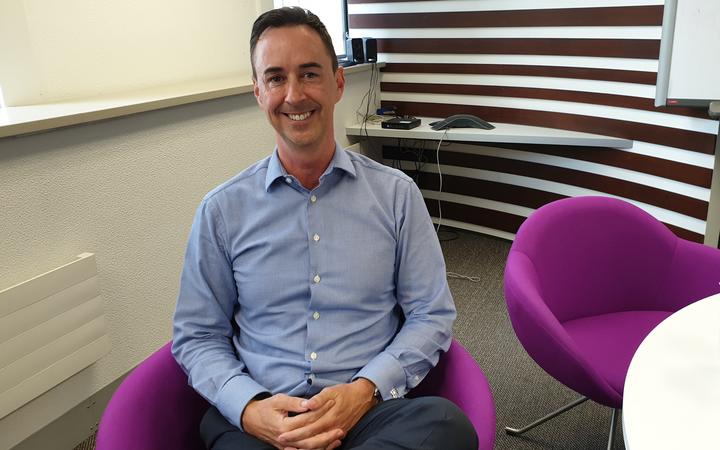 One inspector told the assessor Jones it would be good if investigators didn't have to deal with victims or their families.

"This can put a lot of pressure on the investigator who should really be able to just concentrate on doing their investigation without worrying whether the outcome will be good for the victim or not."

Some lawyers in WorkSafe's legal section concurred: "Some believe that investigators are already too victim focused and need to step back."

Parkes told Morning Report that WorkSafe - unlike police and ACC - had not had no staff whose full time job was to support victims, so he had decided to set up a specialist unit that will "take pressure off investigators and provide better service to those victims".

A management team report to the board last November has also been released now to RNZ.

It concluded agency investigations and interventions were "outdated" and hampered by old technology.

The old technology meant investigators spent too much time filling in old-style databases, and many investigative documents "are unable to be shared nationally", the 2019 Jones report said.

At that time, WorkSafe was headed by Nicole Rosie, who left to head up NZTA; Parkes took over in January.

The agency had been increasingly unable to handle the huge extra pressures piled on it by the 2016 law changes - triggered by the Pike River disaster - that extended WorkSafe's reach and power, the briefing to the board said.

"The impact of these changes has had a bearing on workload and timeliness. This leads to, at times, public dissatisfaction," management said.

But Parkes said they had not been slow in responding since the 2016 changes.

"We only discovered the issue in the Jones report which was late last year," he told RNZ.

This was just part of a programme of reviews and improvements, he said.

Six more inspectors or managers have been hired, and more would be, including at least one victim liaison person.

But Dion Neems is sceptical.

Other families he knew of had been telling WorkSafe for years it must do better, so what was to stop the same staff making the same mistakes all over again, he asked.

"Where is WorkSafe's internal auditing systems?

"Are they so incompetent? They're not listening to the victims' families. It's just not good enough."

The agency's plan to improve audits shows it was meant to be completed by this September.

It is described as a means to "enable the measurement and performance of the key processes, identifying those which are substandard". 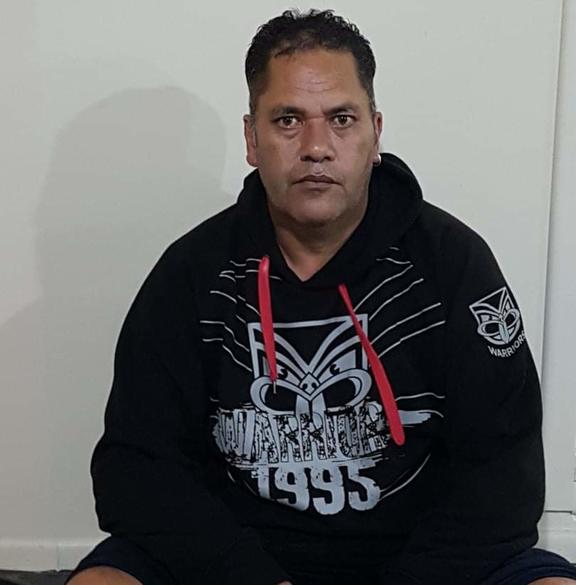 Parkes said the agency "continually gets feedback from all our stakeholders, including victims.

"We can't always do what all of our stakeholders want.

"Where we can act on it we do.

These revelations are provoking some scepticism among lawyers, who have taken at least two successful private prosecutions against forestry companies, when WorkSafe would not.

At Te Araroa, Richard Brooking has fought with WorkSafe for four years - but finally he is going to get an inquest for his son Niko.

Brooking was invited to meet with Phil Parkes and WorkSafe chair Ross Wilson at the end of 2019.

He believes there is a chance for genuine improvement.

"I haven't got the hate or anything for them anymore.

"They listened to me, and we sit down and have some good chats, and see what we can do, what we can work out, what needs to be fixed and if we can fix it."

The Ministry of Justice was not able to tell RNZ when that inquest might be held.