A violent attack on a staff member at Middlemore Hospital on Thursday night has left the New Zealand Nurses Organisation (NZNO) looking for answers from WorkSafe. 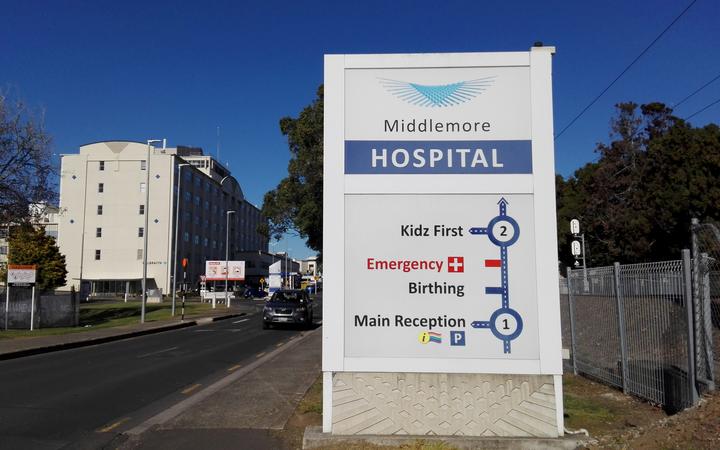 It follows this week's release of a report by the Counties Manukau District Health Board which showed violent and aggressive behaviour towards nurses and other health workers remained an ongoing problem.

According to the CM Health performance paper there were 63 incidents in March. The data showed in March there were 16 incidents of physical assault, 11 cases of aggressive or threatening behaviour and 7 incidents of inappropriate behaviour.

There were also two cases of patients found with unauthorised weapons, including one with a homemade wooden shank.

It said the figures didn't include Emergency Department "Code Orange" events, which is when medical staff have to call for security, or other assistance.

"This is endemic in our workplaces," she said. "That's why we're calling on WorkSafe to do better."

Rolls said the NZNO has been in talks with WorkSafe for the last two years, but had not seen any meaningful change.

"WorkSafe has formulated some guidelines for the DHBs, but we think they need to go beyond that and carry out inspections in cases where there has been harm or injury," Rolls said. "We've said to WorkSafe that they don't go far enough. They are voluntary and they aren't mandatory standards.

"We've got a regulator that is not taking the issue of workplace violence in healthcare seriously enough and nurses are being injured."

According to WorkSafe's website it should be notified if a serious injury, illness or incident has happened to a person or people carrying out their work, or as a result of work that a business or organisation was responsible for.

A WorkSafe spokesperson said the organisation had not been notified of the incident at Middlemore Hospital on Thursday.

"It is important to note that violent crimes are investigated by police, as the most appropriate agency to intervene.

"The Health and Safety at Work Act 2015 requires that a business ensures, so far as is reasonably practicable, the health and safety of all its workers."

They did not respond to questions about the NZNO's call for WorkSafe to investigate violent incidents against healthcare workers.

A spokesperson for Counties Manukau Health said it was already making changes to try to address the ongoing violence and aggressive behaviour towards staff, including comparing data on such incidents across the whole organisation.

"This programme of work was completed in March 2020 and plans are under way to make the changes to our staff incident reporting system to align the various reporting tools that are currently in use.

"There are a number of reviews and workstreams under way looking at all aspects of violent and aggressive behaviour, improved emergency response solutions and security at DHB sites."

They said Counties Manukau also had a range of training plans available for staff, including a violence intervention programme for staff in high risk areas, such as emergency care and mental health.