Midwives in the Hutt Valley, north of Wellington, are at breaking point. They laid bare their concerns at an emotionally raw public meeting last night over what they see as chronic staffing and equipment shortages. 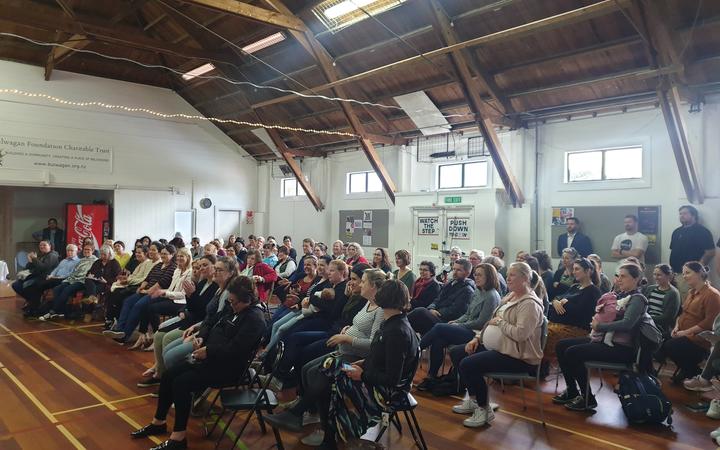 Nearly 100 midwives, parents, and politicians turned out to a Petone community hall to discuss the problems at the meeting organised by Hutt South-based Labour list MP Ginny Andersen.

A district health board (DHB) midwife described her heart pumping like a panic attack as she started her shift at Hutt Hospital, terrified by the lack of staff and even basic resources.

"I've put my resignation in, I know multiple other midwives who've put their resignations in. We can't do it anymore, we cannot do this anymore. It needs to improve ... give us equipment, give us staff."

Another midwife described her anguish about conditions at the hospital.

"It is shit up there, it is hard. We are so short staffed."

Grandmother Mary Lochore was so incensed to hear about the lack of basic equipment she marched to the front brandishing a $10 note to chip in. 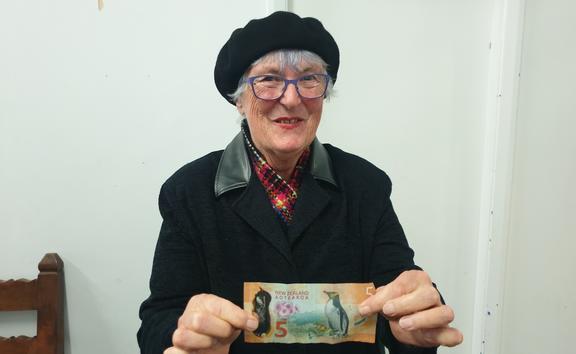 Ginny Andersen said she has heard anecdotally that midwife numbers in Hutt Valley had nearly halved since August - dropping from 46 to just 28.

An external review of Hutt Valley DHB from last year found the shortage of both DHB and community midwives meant staff were chronically overworked, burnt out, and there were "major concerns for safety".

Meg Waghorn, from the Lower Hutt Parents Centre, has been collecting stories from parents who have had poor care at the DHB.

She said it was understandable why feelings were running high at the meeting. 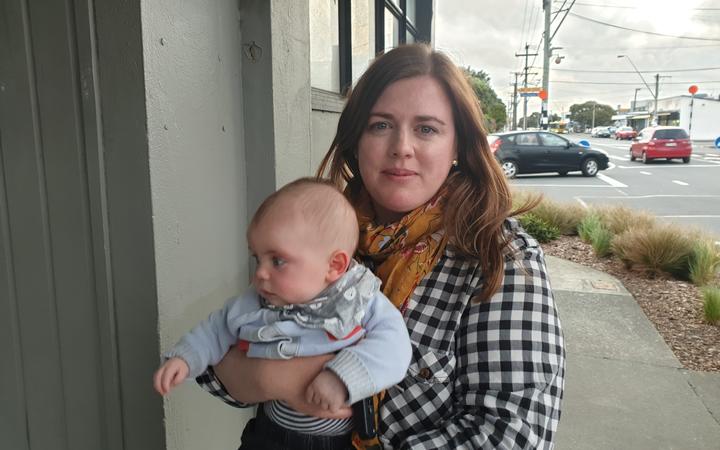 "It got quite fiery, but I think that just shows how so many midwives are actually at the end of their tether and the conditions have been working in are just so far from sustainable."

She said the situation was dire.

"Lots of people tonight were saying it's a 'crisis' and I feel like we're almost immune to that word now.

"I feel like it's actually an ongoing emergency situation every day at the moment." 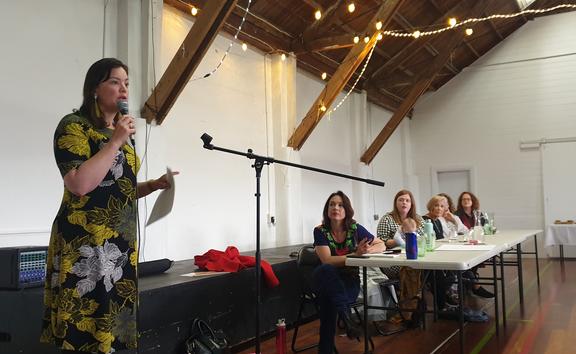 Hutt Valley midwife Siobhan Connor said there was a simple solution to the staff shortages.

"That is that the midwives are paid what they are worth and that the maternity money in the DHB is ringfenced. That is the only way maternity will see the money."

Associate Health Minister Julie Anne Genter, who was at the meeting, said the issues raised were extremely concerning and she would follow up with the Ministry of Health and the DHB immediately.

Hutt Valley DHB said in a statement it currently has five vacancies for midwives. It said an upgrade of Hutt Hospital's maternity unit was under way.