A trial of a new emergency mental health team in Wellington aims to keep people out of hospital beds and police cells if they don't need to be there. 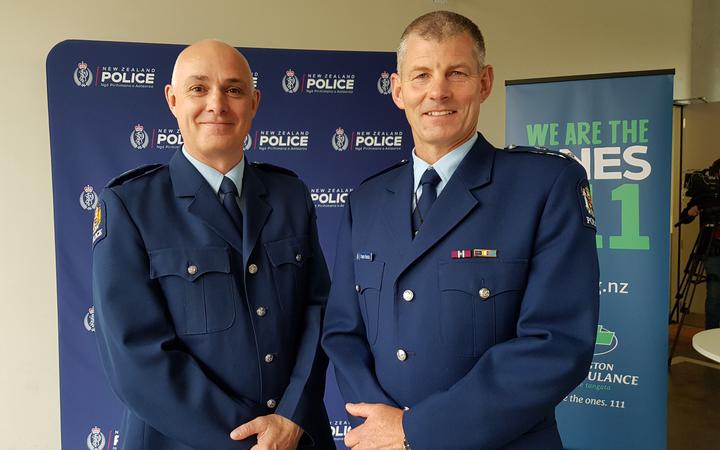 The 12-month trial, launched yesterday, is a joint effort from Wellington Free Ambulance, Capital and Coast DHB, and the local police.

It comes more than two years after Labour scrapped a National Party plan for similar teams to be introduced around the country.

Dubbed a "co-response team" - the new system will have a police officer, paramedic, and mental health clinician go to mental health emergencies together, and try to deal with the patient in their home.

This could be someone suicidal, threatening to self-harm, or even experiencing a severe panic attack.

Mental health calls to police rose 12 percent last year, and they now deal with almost 20 calls each day in the Wellington district alone.

Superintendent Corrie Parnell said, as a 24-hour service, police often ended up dealing with mental health emergencies, but something needed to change.

"So my team, in terms of their training, we don't get specific training per se in dealing with the mental health environment. So it makes very good sense [to] join up with subject matter experts."

He said mental health callouts were a core part of police business, and "we will never shy away from it".

Paul Fake, from Wellington Free Ambulance, said the trial was about bringing the right expertise to the patient's side and keeping them in environments where they felt safe.

"Paramedics want to do the right thing by he patient and they want to meet their needs, but they don't have that expertise. Hence, we often end up transporting them to the emergency department, so that care can be accessed," Fake said.

"We want to ensure people and their whānau receive the most appropriate care with support from their own networks where possible."

Minister of Police Stuart Nash said emergency departments were often not the best place for someone in mental health distress.

"Police stations are also not the right place."

He said in the CCDHB area, 215 people in mental health distress were taken to emergency departments by police and 594 by ambulance in the last financial year.

"Almost two-thirds were discharged and were not admitted to an in-patient mental health unit."

Health Minister David Clark said the pilot was a result of recommendations made in the Mental Health and Addiction Inquiry last year.

"The team approach will mean that when a person is in crisis they will be much better supported."

Capital and Coast DHB's mental health spokesperson Nigel Fairley said a scene assessment would work out which of the trio should take the lead.

"The agency that's most required to deal with what the issue is then kicks in, and the other agencies stay around and support that." 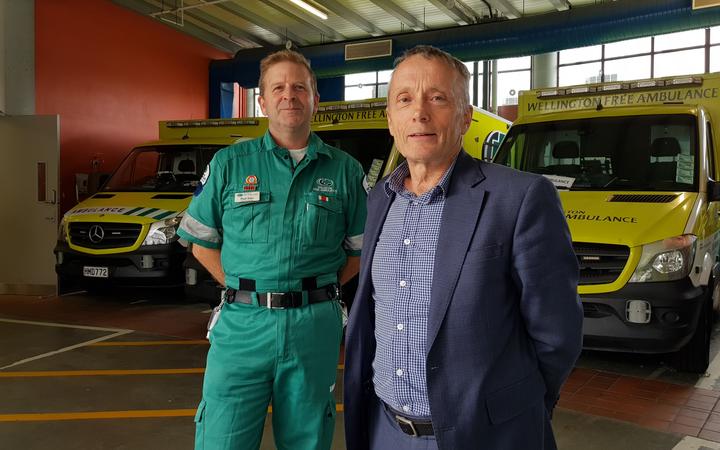 He said the joint response meant the team "can deliver timely, coordinated and specialist care at home or in a community setting". It would include a mental health clinician with experience, he said.

Fairley said there were currently 53 beds available for acute mental health patients, across the Hutt Valley and Wellington. All of them are full.

"I think [the trial] should reduce demand on beds, actually."

Fairley said keeping patients out of the emergency department was all the more important during coronavirus.

The team is based at Wellington Free Ambulance headquarters in Thorndon and will respond to calls made through 111.

They'll also take referrals from the Wellington 24-hour mental health crisis line, Te Haika. Initially the team will operate from 8am to 6pm, Tuesday to Friday, in Wellington city.

Existing emergency services will respond to mental health-related callouts when the team is unavailable.

The trial - worth $700,000 - is the first of its kind in the country. In Australia, similar teams found that three quarters of patients were assessed on the scene and able to stay where they were.

The National Party campaigned on a similar plan before the 2017 election, worth $8 million, which would have seen these teams around the country.

The party's mental health spokesperson, Matt Doocey, said Labour ditched it and now they were sliding it in the back door while people were preoccupied with news on coronavirus.

"We know that it has good outcomes and it's just disappointing that we've had to wait two-and-a-half years for the government, who have dragged their heels, and finally it's announced today."

A spokesperson for Nash said the trial was similar, "but not identical" to the National Party plan.