A pest known for damaging tomato plants and other crops has been detected in New Zealand for the first time. 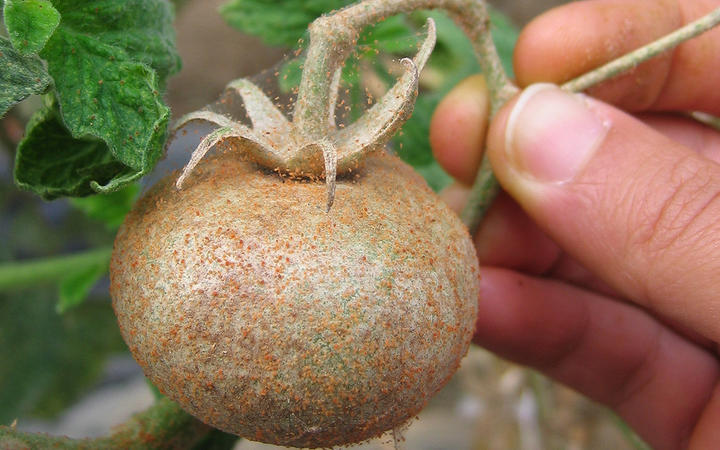 Biosecurity New Zealand said two populations of the tomato red spider mite (Tetranychus evansi) were found near Auckland Airport and in Pakuranga as part of routine surveillance several weeks ago.

Tomato red spider mites are the size of a full stop and are very difficult to identify. The mite's main hosts are plants in the Solanaceae family, including tomatoes, potatoes and eggplants. They also attack beans, kumara and some ornamentals - roses and orchids.

Biosecurity New Zealand said the mite got its name because it eats tomato plants, is red, and makes silk webbing to protect itself and its eggs, like some spiders do.

Tomatoes New Zealand general manager Helen Barnes said it was now working with MPI and other industry groups on the response to the incursion. 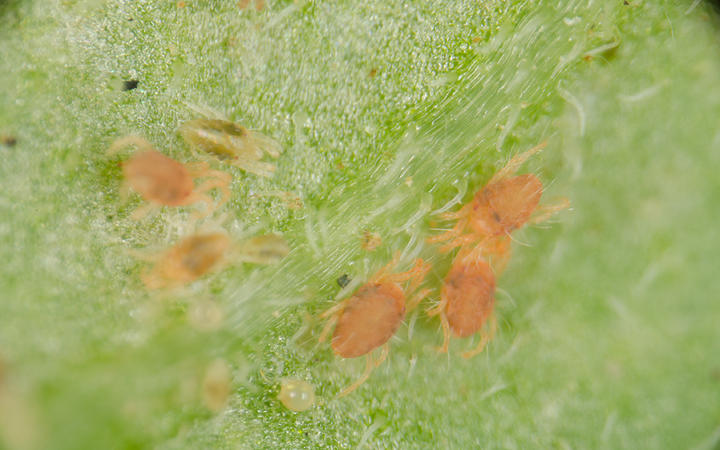 A technical advisory group was being assembled to provide advice on the mite, its potential impacts, and the available tools and techniques for eradication or control, Barnes said.

Surveillance, to assess the distribution of the mite and how long it may have been in New Zealand, was also being planned, she said.

"It's another pest the growers don't want to have to deal with..... It is something that's been marching towards New Zealand for a while, it arrived in Australia a few years ago and now its found its way here unfortunately," she said.

Barnes said there were about 120 tomato growers in New Zealand. The fruit was exported to about 20 countries, with trade valued at about $10-12 million a year.

Biosecurity New Zealand said the pest was unlikely to have any significant impact on trade in horticultural products.

"Tomato red spider mite is a quarantine pest for Korea, Thailand and Ecuador, and we do not export many of the host plant products to these markets. However, there are some host commodities exported to Thailand including tomatoes," it said.