The company that carried out a massive pest control operation in South Westland's Perth Valley this year is declaring it a success. 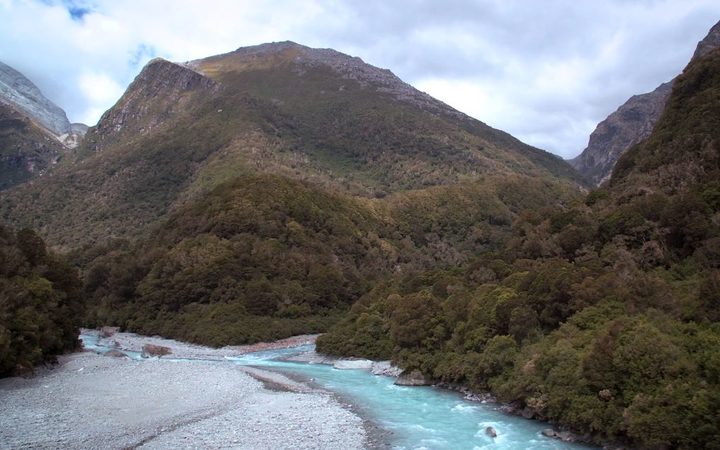 The pest control plan aims to rid Perth Valley of all predators and keep them out - something that has never been achieved outside of fenced sanctuaries and islands. Photo: Screenshot

But it also set up a network of 700 traps for rats and possums, all connected by radio and satellite to rangers phones and laptops, along with 142 cameras to detect stoats.

The company's aim is to rid the Perth Valley of all predators and keep them out - something that has never been achieved outside of fenced sanctuaries and islands.

"It's been really successful. We've gone down from thousands of possums to very few; we wiped out all but five rats and we've since found and killed four of those -and the best news, zero stoats," Mr Kay said.

"We know from our test studies that if there's a stoat in the area our cameras will pick it up within a week." 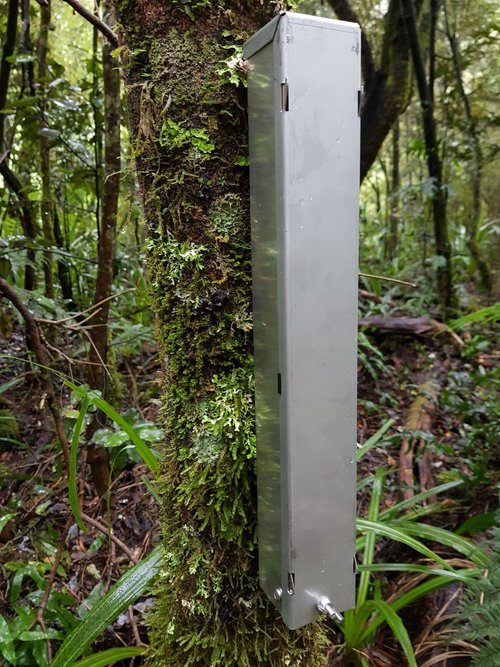 There were probably more than five rats left, but the few picked up by the cameras were at least 700 metres apart, too far to meet up and breed, Mr Kay said.

That meant that endangered birds including kea had a chance to breed unmolested, despite a mast year in which predators would otherwise flourish, he added.

After the first 1080 drop in April, two radio-monitored kea were found dead, and tests showed they had eaten poison bait.

ZIP had added a chemical to the pre-feed pellets designed to put kea off the bait by making them slightly sick, and by scattering tahr carcasses on the edges of the drop zone to lure the birds away.

The kea had devoured the carcasses over several days and none were found dead after the second drop.

It could also be that the bait had lost its novelty value for the kea, Mr Kay said, but the company would continue to work on ways to reduce the risk to the high country birds.

"The helicopter pilot who dropped the tahr carcasses counted about 200 kea in the catchment, but some of them might have been following him around and counted twice - so we estimate conservatively about 100 kea in the block," Mr Kay said.

It should be possible to tell by January how successful their nests have been in the wake of the predator blitz, he said. And with their eggs and nests no longer under attack, the increase in chicks would more than make up for the two birds lost.

In answer to a question from board member Coraleen White about the risk to other bird species like whio, Mr Kay said there had been eight of the rare ducks counted before the 1080 drop and eight afterwards.

Long-term, once pest numbers have been knocked back to manageable levels, ZIP aims to control predators in the valley using trapping and technology without the big aerial drops of 1080.

It says the wild Perth, Bettison and Barlow Rivers and the Southern Alps provide natural barriers to reinvasion by pests, and the cameras and trap network are set to pick up any that do find their way in.

"We will have at least seven rangers working in there over summer, monitoring the cameras and resetting the traps," Mr Kay said.

"The wireless system saves a huge amount of time and money because because the rangers don't have to check the whole trapline - they can see on their phones or laptop which trap's been set off and go straight to it."

ZIP says the high-tech strategy is a first for a mainland predator control scheme and could become the blueprint for pest control in other suitable parts of the country as the government aims for a predator free New Zealand by 2050.

The company is hoping to expand the pest control operation into the adjoining Whataroa/Butler catchment next year, with DOC support.

The Conservation Board endorsed the ZIP Perth Valley project and congratulated the company on what chair Keith Morfett said was the prudent way it was being carried out.