Conservation work to ensure the viability of the North Island Kōkako on Mount Pirongia in Waikato has been given a boost with funding from the Waikato Regional Council. 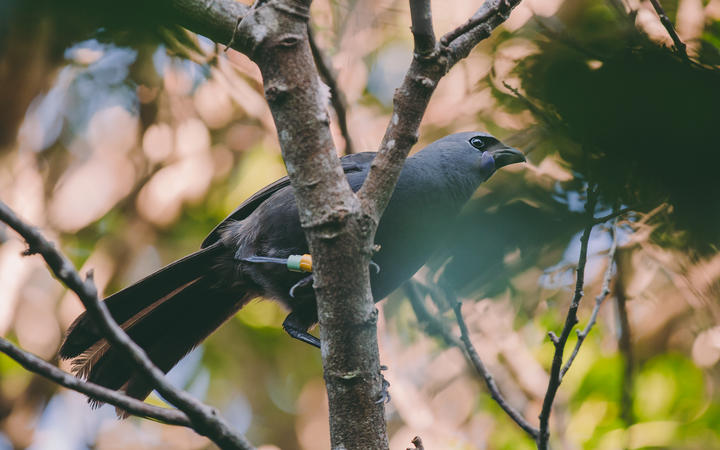 Nearly $300,000 will be used by the Pirongia Te Aroaro o Kahu Restoration Society on a range of projects to increase the natural biodiversity on the mountain.

This will include extending the current 1000ha bait station grid by 200ha.

Two years ago, 20 Kōkako were successfully transferred from the Pureora Forest to Mount Pirongia.

Another 14 birds were brought home in July of last year from Tiritiri Mātangi in the Hauraki Gulf.

These birds have the Pirongia genes, being descendants of some of the last kōkako rescued in the 1990s from the mountain to stop them from dying out.

Now birds with the Pirongia genes have been brought back to their ancestral breeding grounds in the hope that the kōkako will re-establish themselves, with the support of existing pest control programmes being carried out on the maunga.

Chairperson of the restoration society, Clare St Pierre, said the end goal was to establish a large-self-sustaining, genetically-diverse group of more that 500 North Island Kōkako in the forest park.

"We're absolutely thrilled about the ongoing support of regional council and its generous endorsement for many teams of volunteers who put in hundreds of hours to bring back the mellifluous sounds of our native songbird to our maunga," she said.

Kaumātua Tom Roa, from Pūrekireki Marae on the outskirts of Pirongia township, said: "Sadly, we faced the difficult reality towards the end of last century when our indigenous songbird was relocated to Tiritiri Mātangi Island in the Hauraki Gulf as well as the Pureora Forest. Had this not happened we may have lost this local species forever.

"Then two years ago, out of nowhere, came the melodic sound again of our local Ngāti Apakura treasure. She had returned home to her ancestral breeding grounds where she originally came from and the people were once again filled with emotion."