Gorse for the trees: How one man brought back a forest

Thirty years ago Hugh Wilson had a novel idea of how to take hilly farmland on Canterbury's Banks Peninsula and turn it back into native forest.

It was 1987 and botanist Dr Wilson suggested gorse would be the perfect cover to protect self-sown native seedlings. The idea was dismissed by many; one farmer labelled the plan the work of 'fools and dreamers'. Leaving gorse alone was considered heresy by pastoralists.

Now the Hinewai Nature Reserve is 15,000 hectares of flourishing native bush and the work of Dr Wilson and his colleagues is documented in Fools and Dreamers which will screen in a number of towns and cities around the country this month. 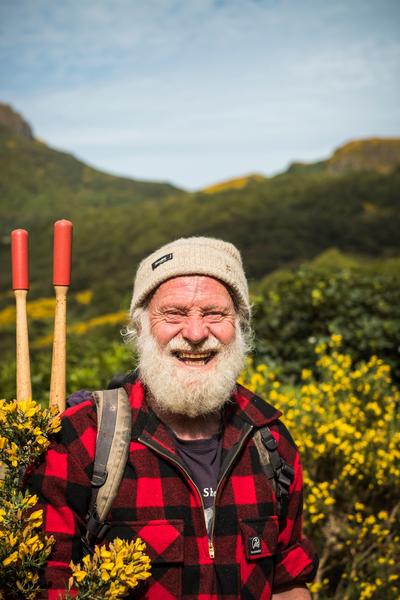 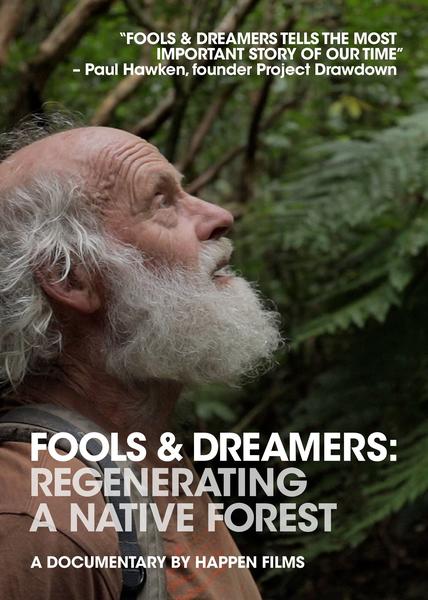 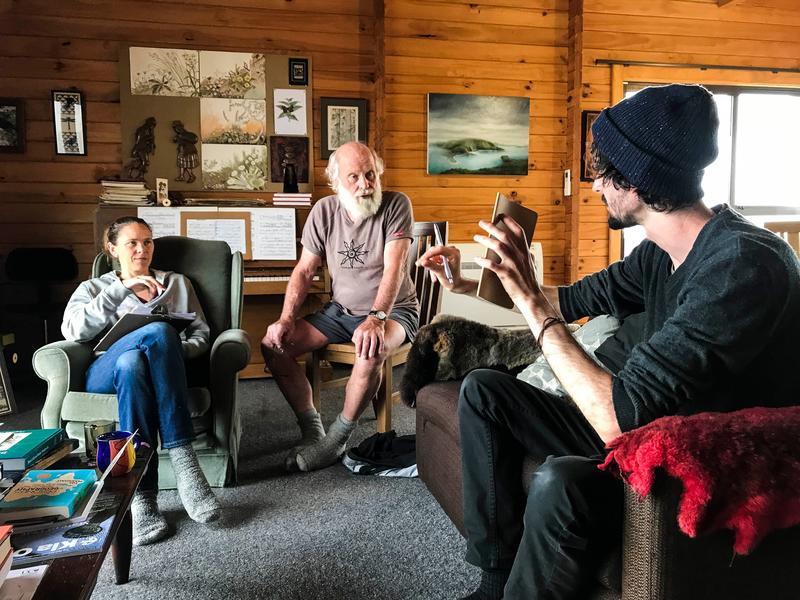 Behind the scenes of the movie. Photo / Jason Hosking 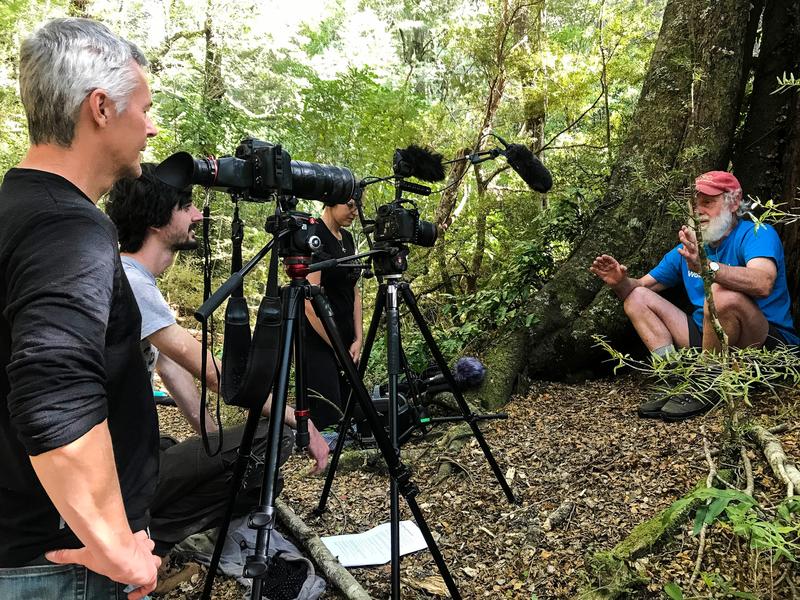 Behind the scenes. Jason Hosking 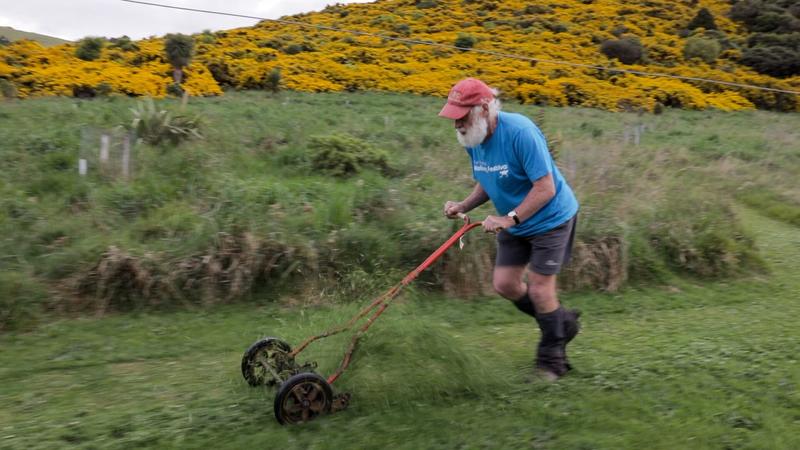 Getting stuck in. Photo / Jason Hosking

Dr Wilson’s theory was that rather than getting rid of the gorse use it as a protective canopy allowing shade-loving natives to take root.

"It wasn't my idea, it is an ecologically well-known fact that gorse is a pioneer succession plant and it will give way, under most circumstances, to native forest.”

The key was to leave it well alone, take away the things that stopped the regeneration process and let nature do the hard work, Dr Wilson says.

“As long as you leave alone and take the animals out, stop burning and spraying it and having wild goats eating everything, and sheep and cattle, then shade tolerant natives - wine berry, five finger, lemon wood there’s lots and lots of native hardwoods, and some soft woods as well would just love that environment and they boom under it and come up through the gorse.

“And as soon as they come up through the gorse, and shade the gorse, the gorse is dead, it’s quite simple.”

Remnants of native species hung on in gullies and bluffs, he says. The peninsular, once entirely forested, had less than one percent native cover by 1900.

“But all the time forest was regenerating in gullies despite everybody's efforts to keep it out because they wanted grass for the animals.

“So it was already happening, by the year 2000 it was about 15 percent of Banks Peninsular was under native forest, all naturally regenerated against all odds.”

The simple philosophy is to “take away deleterious things".

Native trees don’t have seed banks, they rely on dispersal, he says.

“The production and dispersal of seed by nature, we completely underestimate it, there’s nowhere on Banks Peninsula where this [regeneration] wouldn't happen, even if you were some distance from existing seed sources.

“But here on Hinewai we’re lucky because the seed sources are, and always were, not too far away.”

The land has, in the last 30 years, regenerated well, he says.

“I said the fastest it would happen would be in moist gullies, that would happen in about 10 years, the natives would over top the gorse and form native canopy and maybe 30 years on the dryer, higher ridges.

“And that is exactly what's happened, except that we were set-back to some extent by a big lightning-induced fire in 2011.”

He says the tallest native regenerated bush on Hinewai is eight meters tall.

Nevertheless, he says, there is “endless work to do on the property”.

They maintain a network of tracks which are all public access and the pest control programme is ongoing as is keeping on top of a handful for exotic weeds, he says.

“Then there is animal control; possums, we got rid of all the goats I never thought we’d do it, but we did. And we stopped incursions from sheep and cattle.”

His aim back in 1987 was to “create a whole catchment from sub-alpine summits right down to the sea”.

“That was a long-term dream and yet over the years it happened in the most amazing way.”

Hinewai is an example of how marginal land can be transformed and help New Zealand reach it’s one billion trees target, but planting radiata as part of this programme is “folly,” he says.

“Climate change is a monumental folly, but why replace it with another monumental folly and all over New Zealand? The potential for this marginal and often weed-infested hill country is huge it’s much cheaper than planting, it's much simpler, you've got to do the right things, it won't just happen without some management, but the potential is huge and this is a lovely example of it.

“I'm really hoping this film will get that message across.”